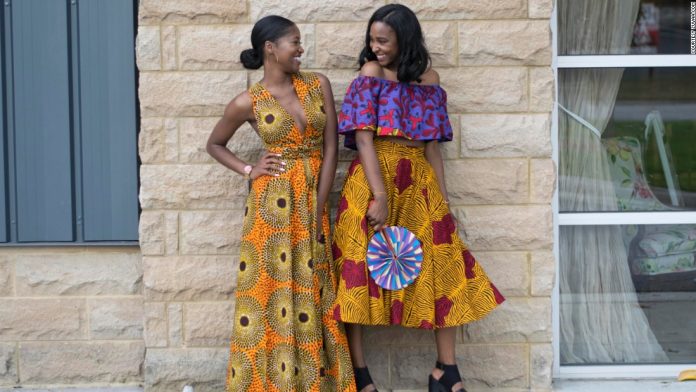 Four ladies dressed in bright, stimulating African regalia enter the Shark Tank. With them, they bring the idea of connecting African designers to a global marketplace. Meet Kelechi Anyadiegwa, from Atlanta, Georgia. She is the founder and CEO of Zuvaa. Today, she is seeking $460,000 in exchange for 10% equity in her company – a stern $4.6 million evaluation. Daymond appears flabbergasted at this huge number.

Growing up Nigerian, Kelechi was always enamored by unique prints and textiles. The colors and the vibrancy always amazed her, and she knew that there were talented designers on the African continent who had a gift for creating beautiful pieces. The problem is that the designers do not have the tools or the resource sto tap a global market for its worth. So, this is why she created Zuvaa in response.

Zuvaa is the fastest-growing online marketplace for global design. They connect the incredibly talented designers with consumers globally who are looking for unique finds. Kelechi explains how it works; consumers browse the online marketplace which currently consists of over 85 handpicked, curated designers. Once they’ve placed their orders, the items are shipped directly from the designer or from the fulfillment center in Atlanta, Georgia.

Madison, for example, is wearing Titi’s Closet, and she is also from Nigeria. The jumpsuit has peplum on the sides and the top. Michelle wears a designer from Zambia, who likes to mix her prints using wax prints and chiffons in her materials. The last designer creates, for example, an all-chiffon jumpsuit which is all beachy. With the help of the Sharks, Kelechi can show the beauty of Africa through design. 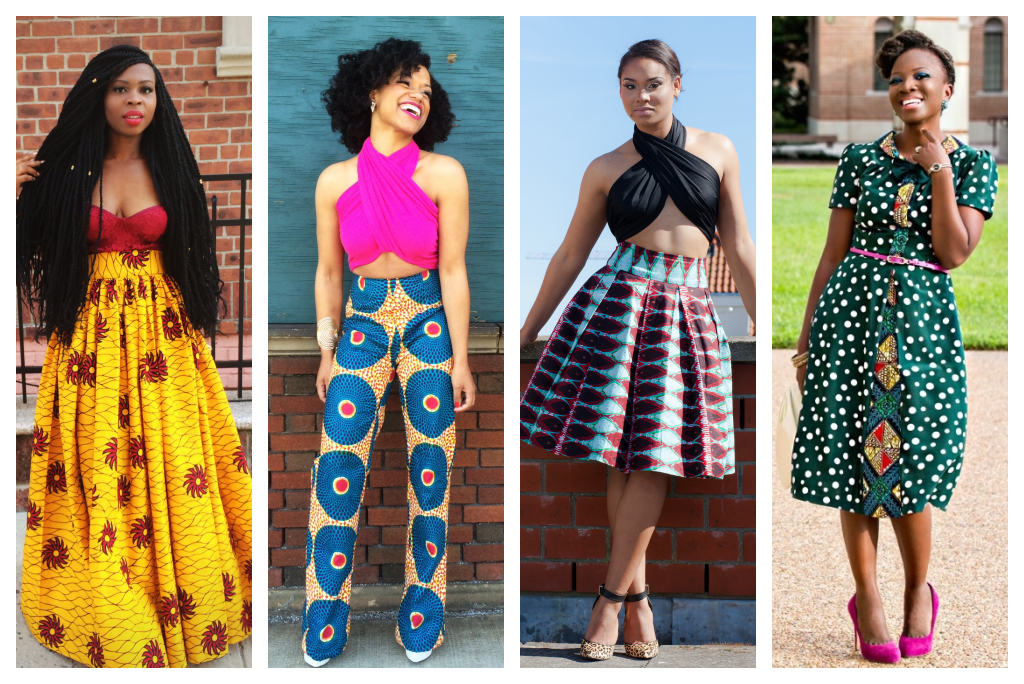 Kelechi passes out samples to each of the Sharks, and Daymond is the most excited because of his connection with the fashion world. Each Shark is handed a piece and they exchange. Daymond is holding a garb made from ashoke, which is woven textile. Another dress comes from Benin, which is made with Ankara print, wax print, and suede. Kevin stands up, holds it up to himself, and asks if he can wear it to the pool – he does wear wraps, actually.

Guest Shark Sara Baker asks how Kelechi finds these women. They mostly find designers by word of mouth and they also have a very strict vetting policy, so all designers who are interested in selling through Zuvaa send samples. They’re able to check the quality control as well as understanding what the process of the designer is for fulfillment and customer service.

Lori asks how Kelechi came up with the idea. She’s a first-generation Nigerian, and this is all her culture – she grew up wearing these types of dresses. She started Zuvaa while she was in grad-school; she was at Carnegie-Mellon and during that time, she started to freelance in social-media marketing and people would frequently ask her all the time where she got her clothes.

She realized how inaccessible African prints and textiles were to people in Western markets. She started with about a $500 investment and was able to turn that into more than $2 million. Daymond nods in approval. This has all taken place in under 2 and a half years, and the Sharks applaud in response. Mark asks for things to be explained; for example, if he is a designer and he wants to be on the website, what is the financial relationship? Zuvaa charges a 17% flat commission to be on the marketplace, and then they also charge a monthly fee of $50.

The website has about 120,000 visitors monthly, which is a fairly high number according to the Sharks. Kevin asks what Zuvaa did last month in revenue – monthly, it’s about $220,000 coming in through sales. This means about $50,000 in revenue. The company makes $50,000 a month, which is basically off all the commission. Kelechi has almost no risk, which is absolutely brilliant. Daymond says that there is a risk, however – when women order online, there’s a higher return rate often because they order two sizes. This does happen, Kelechi confirms.

So, what happens in the event of a return? That dress has to go back into inventory or get sent back to Africa. Zuvaa handles all the returns for the customers; they get a return slip, send the items back to Atlanta, and then those items are then sent back to the designers every quarter or so in order to cost down on costs. Kevin asks what Zuvaa costs to run, and if she has any staff. The burn (costs) is about $50,000 so they break even monthly. 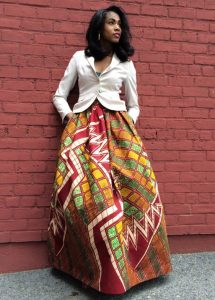 Kevin then asks what the grand vision is that Zuvaa is worth an estimated $4.6 million. Kelechi says that the evaluation is based off a 2X multiple of the GMV from last year, but Kevin asks if anyone has invested in that value to fix it. Kelechi confirms that she has bootstrapped Zuvaa, meaning that she owns 92% of her – the other 8% is split between her other advisers. Kevin guesses that she is very flexible on valuation.

Lori says that Kelechi is doing fantastic, so why does she need a Shark? Kelechi wants to do so much more with the company and wants to create a more global impact and for people around the world to see the beauty of African design beyond just fashion. There’s home apparel, art and so much more beauty coming out of Africa. For Zuvaa to scale up, they need investment to build out an online platform that’s scalable. They do not meet the needs of the vendors or the consumers just yet.

Lori asks what the price-point range of the outfits is. The outfits range from $50 to $250, depending on the complexity of the dress. Kevin says that this is a reasonable price for what the end product is. However, he feels that there is a big mistake in Kelechi’s deal. $460,000 is a lot of money, but Mark points out she needs to scale. Kevin is having a hard time with $4.6 million, but then Mark asks how many designers Kelechi wants to grow to.

On the continent right now, there are hundreds if not thousands of designers who could do a variety of pieces. This is what she’s looking to scale up to. However, Mark thinks that what she has accomplished is amazing, but he’s still stuck on the evaluation. $460,000 is a big swallow for a shallow 10%, so Mark is the first Shark out of the deal. Truthfully, this isn’t surprising considering his tech and sports background.

Sara speaks next – she’s proud of Kelechi and is proud of what she’s done. She’s an Atlanta girl, and she started Spanx from Atlanta. It’s a good place to start something for sure, but she’s also struggling with the $4.6 million evaluation. It’s just too high. However, Zuvaa is growing incredibly fast and if they do get the investment from one of the Sharks, they’ll be able to use that money to grow even faster. Sara feels like Kelechi has been able to do so much on her own, she feels like Kelechi can go even further without giving up a chunk of equity.

Kelechi asks what equity percentage Sara would be interested in, and after mulling on her answer for a bit, she decides on 50%. Kelechi, of course, could not give up 50% of her company, and definitely not at such an early stage. Sara doesn’t think she should – the more Kelechi maintains ownership, the more she can direct Zuvaa the way that she wants to. So, Sara is also out of the deal, leaving Lori, Kevin, and Daymond left. 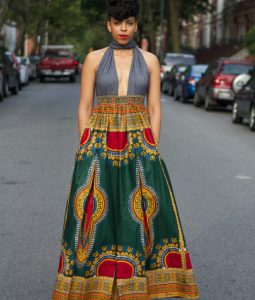 Lori thinks that Zuvaa is making a tremendous difference in African women’s lives. She doesn’t want to take a chunk of Kelechi’s company, so she respectfully exits the deal. Daymond speaks next. He had the honor of going to Kenya with President Obama in 2014-2015. Believe it or not, Shark Tank is huge in Africa. Kelechi is a lightning bolt for entrepreneurship because in that continent, literally, women have carried the economy on their heads and their backs. The biggest challenge is that Daymond is a target.

In California, there’s a certain law that anybody can walk up to a product that is being sold in a public market and they can create a class-action lawsuit. Dealing with 30 or 100 or even 300 designers means that there is a lot involved in that vetting process. Daymond almost becomes a liability for Zuvaa and Kelechi at that point. This is because anybody can sue you – Lori summarizes, if there are big pockets with you, there might be a legal target. Daymond absolutely wants to go in, but he’ll be a target. He is out of the deal, unfortunately.

Kevin is the final remaining Shark. The equity valuation doesn’t work for him. In the end, none of the Sharks offered them money. Truthfully, Kevin does not think the company is worth $460,000 right now and the only way a deal works is if he loans the money to her. Kevin offers a loan deal in exchange for 10% for providing that capital since Kelechi has proven she has a business. The $460,000 is structured as a loan at 12% interest.

In the end, Kelechi opts to not take Kevin’s deal and is more determined than ever to grow Zuvaa.

Zuvaa is still around and may be the most active (online) marketplace for African clothing and textiles. Unfortunately, the website is a bit too stimulating at first and there’s just a bit too much going on with the landing page. However, Zuvaa has grown since its appearance on Shark Tank and now features a much larger curation of African designers.

Zuvaa features a sales section, which currently has pieces ranging from $45 up to $140 on the high end. Zuvaa’s most impressive point is its accessible cost. Outside of the sales section, prices range from as cheap as $59 to upwards of $300 for the more majestic, room-grabbing dresses and garbs. They offer clothing, of course, as well as accessories like headwraps, purses, jewelry and even shoes. The jewelry prices can shoot upwards if the piece contains a valuable gem or is time-intensive to create.

One interesting note is that as I continued to use the Zuvaa website, the more RAM it ate and the less responsive it became. I was unable to use the sort and filter functions, which seems like something that was overlooked despite being critical to driving sales.