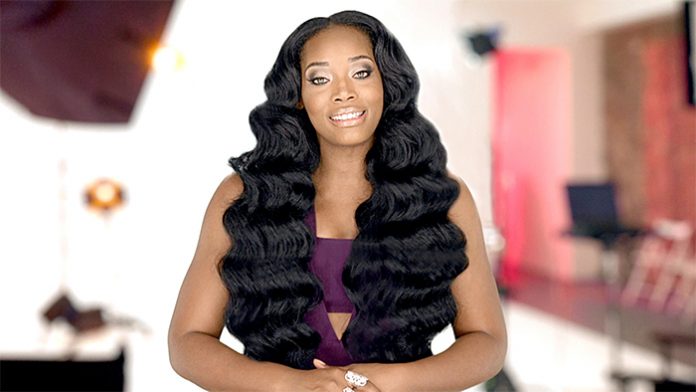 A television personality, Yandy Smith is perhaps best known for her appearances on Love & Hip Hop: New York. After making a brief appearance in the first season, she was promoted to being a series regular in 2011. Since then, she has starred on the show for seven years and counting.

Like most reality stars, she has been featured in several other programs such as Hip Hop Squares, Love & Hip Hop: Check Yourself, and Big Morning Buzz Live. As an actress, she has also played a recurring role in the TV series, Illusions. In terms of upcoming projects, she will be making her film debut in Canal Street later this year.

How wealthy is the TV personality? How much is she paid for her role in the VH1 reality series? How lucrative is her acting career? According to various sources, Yandy Smith’s 2018 net worth is around $15 million. Where did the bulk of this come from? Let’s find out.

How did Yandy Smith Make Her Money & Wealth?

Born on March 19, 1982, in Harlem, New York, Yandy Smith is the daughter of Laura and Ralph Smith. Inspired to go to college after watching the sitcom A Different World, she went to Howard University in Washington D.C., upon graduating high school. From there, she eventually began an internship at Violator Management, where she worked as Mona Scott-Young’s executive assistant. During her time there, she also managed other celebrities such as Busta Rhymes, Missy Elliot, and 50 Cent.

As one thing led to another, she became the manager for rapper Jim Jones, whom she’d met while traveling for a hip-hop summit. Due to their connection, she was eventually invited to appear in the first season of VH1’s Love & Hip Hop: New York in 2011. From there, she was promoted to being series regular in the second season.

Responsible for her rise to fame, the show starred several other individuals including Erica Mean, Chrissy Lampkin, Olivia Longott, and Somaya Reece, to name a few. Her most prominent TV credit to date, she has since remained on the series for seven years (just recently, the eight season had wrapped up in March 2018 after an 18-episode run).

How much was she paid for her appearances on the show? Unfortunately, her salary has not been disclosed. With that said, it’s likely that she receives at least $10,000 per episode. Considering how long she’s been on the show, it wouldn’t be surprising if she has managed to earn a decent amount from the franchise. If anything, her salary has probably gone up since 2011.

Since her rise to fame on Love & Hip Hop: New York, she has been featured in several other TV programs including Hip Hop Squares, Big Morning Buzz Live, and Love & Hip Hop: Check Yourself. According to IMDb, she will also be making a small appearance in an upcoming drama thriller called Canal Street. Speaking of acting, she has also played a recurring role in the television series, Illusions.

No, she is not. As far as we can tell, she is currently single.

Does Yandy Smith Have Any Children?

No, as far as we know, Yandy Smith does not have any children.

Does Yandy Smith Go to College?

Yes, she did. After high school, she went to Howard University in Washington D.C., where she studied business management.

What is Yandy Smith Famous For?

According to her official Twitter bio, she currently lives in Harlem, New York City. We do not have any pictures of her house at this time.

What Kind of Car Does Yandy Smith Drive?

Details on Yandy Smith’s vehicle is not available at this time.

How Much Money Did Yandy Smith Make Last Year?

Unfortunately, we do not have any information on Yandy Smith’s 2017 earnings at this time.

As mentioned earlier, she most recently starred in the eighth season of Love & Hip Hop: New York, which ran from October 30, 2017, to March 12, 2018. Aside from that, she’s also worked on the titles Canal Street and Illusions, the former of which will be her feature film debut.

What’s the reality star up to? If you’re a fan, be sure to follow her on social media—you can find her on Twitter and Instagram at @YandySmith. On Facebook, she also has an official fan page, which you can check out by clicking here.