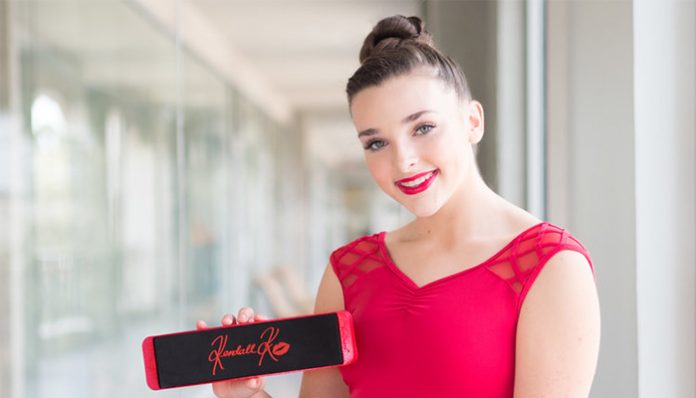 A talented dancer, Kendall Vertes rose to fame after appearing in the second season of Lifetime’s reality series, Dance Moms. Despite having only been ten years old at the time, the show had garnered her significant fame.

Fast forward to 2018 and she has become quite the star with over six million followers on Instagram. As with most teens, she is also active on several other platforms such as Twitter, Snapchat, and Facebook. In fact, she has been running her own YouTube channel since 2015, which has since garnered one million subscribers to date.

How well-off is the 15-year-old? How much was she paid for her appearances in Dance Moms? Has she appeared in any other television programs? How lucrative is her social media career? According to various sources, Kendall Vertes’ current net worth is around $1.5 million. Where did she earn the bulk of this from? Let’s have a look at this below.

How did Kendall Vertes Make Her Money & Wealth?

Born on December 9, 2002, in Pittsburgh, Pennsylvania, Kendall Vertes grew up with her two sisters, Ryleigh and Charlotte. A talented dancer, she began to take dance lessons at the age of two. By the time she was three years old, she had performed on stage a number of times. Prior to joining the cast of Dance Moms, she attended a local public school in the Pittsburgh area.

At the age of ten, she landed a spot on Lifetime’s reality series, Dance Moms. Debuted in 2011, the show followed the early careers of children in the dance and show business, who trained under Abby Lee Miller. Featured in the second season, Vertes starred alongside many aspiring dancers including Maddie Ziegler, Chloe Lukasiak, Nia Frazier, and Paige Hyland, among numerous others. As implied the by the show’s name, their respective parents also appeared on the show with them.

In the end, the second season ran for 28 episodes, until September 25, 2012. Popular among viewers, the season finale had drawn in more than 1.47 million viewers in the U.S. Despite having only been ten at the time, the show had garnered Vertes a significant amount of attention. Before she knew it, she had become somewhat of a reality star.

Since then, the teen has continued to make herself known on social media. A content creator, she has since amassed more than 6.4 million followers on Instagram, which is a feat in itself. Considering the audience that she has on the photo-sharing app, it wouldn’t be surprising if she’s managed to pull in some earnings from endorsements, sponsored posts, and the like.

Speaking of social media, she also has her own YouTube channel, which was launched in 2015. Updated on a regular basis, it has since gained more than one million subscribers with more than 54 million lifetime views. Assuming that it’s also monetized, it would yield her another stream of income on the side.

As far as other endeavors go, the brunette has also released a few songs including Where Would I Be Without You and Wear Em Out, both of which have been played millions of times on YouTube.

Is Kendall Vertes Currently in a Relationship?

No, as far as we can tell, Kendall Vertes is currently single and not in a relationship.

Does Kendall Vertes Have Any Children?

No, Kendall Vertes does not have any children.

Does Kendall Vertes Go to College?

No, Kendall Vertes is currently still in high school. Due to her hectic schedule, she is currently being homeschooled.

What is Kendall Vertes Famous For?

Kendall Vertes rose to fame after starring in the second season of Lifetime’s reality program, Dance Moms in 2012. Since then, she has continued to make herself known on social media.

Kendall Vertes currently lives with her parents and two siblings in Pennsylvania. We do not have any additional details at this time.

What Kind of Car Does Kendall Vertes Drive?

Kendall Vertes is currently too young to drive.

How Much Money Did Kendall Vertes Make Last Year?

Unfortunately, we do not have any information on Kendall Vertes’ 2017 earnings at this time.

According to IMDb, the teen will be appearing in two upcoming films—Trico Tri Happy Halloween and Anastasia. Seeing as how she has only appeared in music videos previously, it will serve as her official acting debut.

Want to know what the dancer is up to? If you’re a fan, be sure to give her a follow online—you can find Kendall Vertes on Twitter at @Kk_Vertes or on Instagram at @KendallVertes. While you’re at it, don’t forget to also drop by her official Facebook fan page for the latest news and announcements!