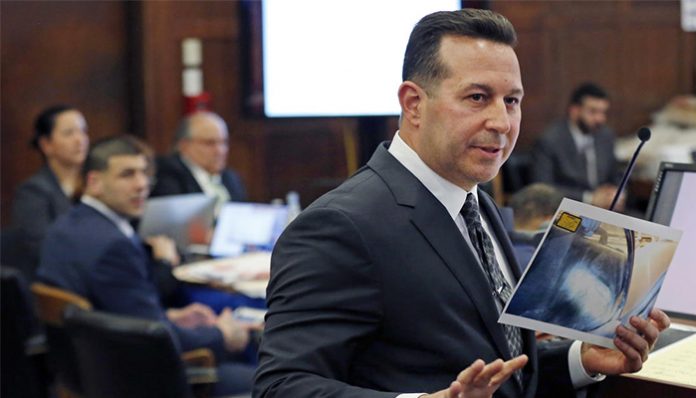 An American attorney, Jose Baez is best known for his work on the Casey Anthony case, one that attracted significant international attention. In 2013, he also worked with Aaron Hernandez, a former NFL player, who was convicted for killing Odin L. Lloyd.

In addition to practising law, he is also a New York Times bestselling author. In 2012, he released his first book, Presumed Guilty: Casey Anthony, which revolved around the infamous Casey Anthony trial. Later this summer, he will be publishing his second title, Unnecessary Roughness: Inside the Trial and Final Days of Aaron Hernandez.

How wealthy is the lawyer? How much money does he make as a defence attorney? How much was he paid for the Casey Anthony case? The Aaron Hernandez case? According to various sites, Jose Baez’s current net worth hovers at around $5 million. Where did he earn the majority of his fortune from? Let’s have a better look at his career below.

How did Jose Baez Make His Money & Wealth?

Born on October 17, 1968, in Manhattan, New York, Jose Baez and his three sisters grew up between the Bronx and South Florida. As a teen, he went to Homestead High School briefly before dropping out in the ninth grade. Eventually earning his GED a few years later, he joined the U.S. Navy at the age of eighteen. After being discharged in 1989, he went to Florida State University, where he received his undergraduate degree. Later in 1997, he graduated with a JD from the St. Thomas University School of Law.

Due to financial irresponsibility, however, he was denied admission to the Florida Bar. Unable to work as an attorney, he spent the next few years working as an intern at the Public Defender’s Office. In the end, it wasn’t until 2005 that he was granted his license. Following that, he worked mainly on criminal defence cases, including the case of Nilton Diaz, Elvira Garcia.

In 2011, he came to national attention after he took on the case of Casey Anthony. Suspected of killing her two-year-old daughter Caylee, Baez had served as her defence attorney on the trial. After many weeks, she was acquitted of all charges in July 2011. One of the key players involved, Baez was featured on several major news networks afterwards. Unfortunately, it’s not known how much he was paid for the case.

Two years later, he came back to the public after it was announced that he was working with Aaron Hernandez. A former NFL player, he had been convicted of killing Odin Lloyd in 2013. After a lengthy trial, the jury cleared him of committing the murders on April 14, 2017. Despite that, he died from an apparent suicide on April 19, 2017.

In addition to his work in the courthouse, Baez is also a New York Times Best Selling Author. In 2012, he wrote his first book, Presumed Guilty: Casey Anthony, which revolved around the infamous 2011 case. Later this summer, he will be releasing a second title, Unnecessary Roughness: Inside the Trial and Final Days of Aaron Hernandez.

Yes, he has been married to his wife Lorena Baez for many years.

Does Jose Baez Have Any Children?

Yes, in fact, he had become a father at the age of seventeen, not long after dropping out of high school.

Did Jose Baez Go to College?

After earning his GED, he went to Miami-Dade Community College briefly, before transferring to Florida State University for his undergraduate degree. From there, he continued his education at the St. Thomas University School of Law, where he earned his JD degree.

What is Jose Baez Famous For?

Jose Baez gained widespread attention as the defence attorney on the case of Casey Anthony in 2011.

Unfortunately, we do not have any information on his residence at this time.

What Kind of Car Does Jose Baez Drive?

How Much Money Did Jose Baez Make Last Year?

Unfortunately, we do not have any information on Jose Baez’s 2017 earnings at this time.

As mentioned earlier, he will be coming out with a new book titled, Unnecessary Roughness: Inside the Trial and Final Days of Aaron Hernandez on August 21, 2018. His second title, it will revolve around his work on the Aaron Hernandez case.

What’s the attorney up to? You can find out by following him on social media—Jose Baez is active on Twitter at @BaezLaw. On Facebook, the criminal lawyer also has an official page, which you can check out here.