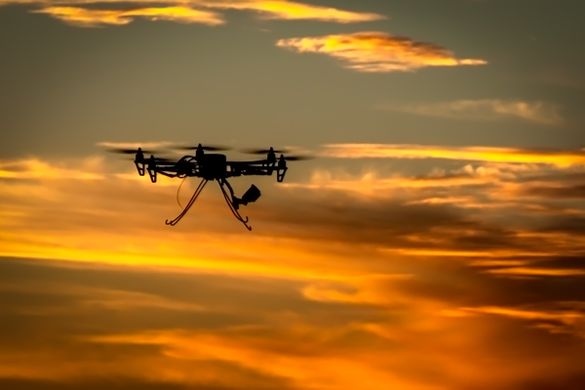 Drones have recently become one of the biggest points for both tech enthusiasts and controversy. Whether used for Search and Rescue, Cinematography, (hopefully) Amazon deliveries or just to play around with, people have been developing new drones and new policies to control them for the past several years. And as with any industry, a few producers have decided to try and make their products as high end as possible. Here, we take a look at the top 10 most expensive drones that you can buy today. 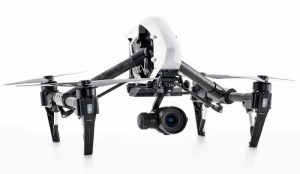 Starting off our list of the most expensive drones available for purchase, the DJI Inspire Pro is great for those who want to start a career in filmmaking or low altitude reconnaissance. This quadcopter has three axis stabilization to ensure that each shot is even and clean, even in adverse environments. The camera system allows for a full, unobstructed view of all 360 degrees around the drone, and features HD streaming via the novel DJI Lightbridge. 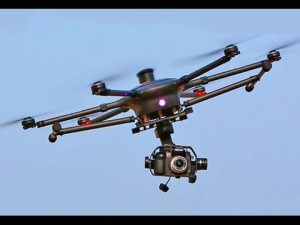 Made from the ground up for the Panasonic GH4, this 21 pound drone can also work directly with Android phones for direct observation. The gimbal includes an aluminum case for the aforementioned GH4, and can transfer video over a 5.8GHz channel. Due to the hexacopter set up of the rotors, this drone can still recover and land perfectly fine even if there is a critical motor failure, and has an automatic return to home function in case you need the drone to get back to you and are a little lost in terms of your flight. 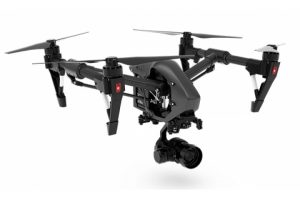 A variant of the number 10 pick, the Ouku Unique version of the DJI Inspire 1 is similar in many ways to the original. However, there are some improvements to stabilization and speed technology. Some of the added features also include more resilient rotary blades as well, which makes the occasional crash that more recoverable. 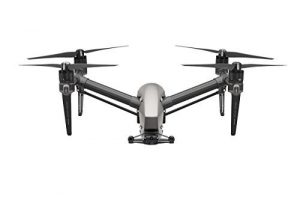 An adaption and in many ways an improvement to the Inspire 1, the DJI CP BX is a speedy drone, great for recording footage like car races. Able to reach 67 miles per hour in only 4 seconds, and able to keep a charge for 30 minutes, this drone can also be used in high altitude or very cold environments due to self-heating properties so the technology does not get too cold to function. This drone also has the capability to produce RAW footage, which gives far more information than any other kind of footage and allow for editors to produce the perfect shot, every time. Lastly, the CP BX can allow for streaming while in the air, making it one of the coolest drones around. 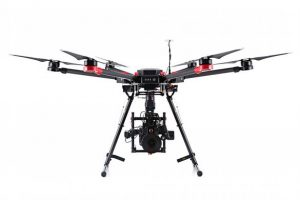 DJI yet again hops onto the list of the most expensive drones on the market with the Hexacopter Matrice 600. An improved version of the M600, with more weight capacity (able to carry around 12 pounds), and more flight stability. A unique feature for the Matrice is insulation and protection from magnetic interference, which pairs well with the redundancies installed to ensure that the Matrice can get the job done no matter what happens.

One of the rare Octocopter models on this list, the Faucon Drone is a heavy duty drone made right here in the United States of America. Made for both cinematography as well as Search and Rescue activities, the Faucon is made to be resilient with a shock absorbing frame. In fact, the manufacturers admit to frequently crash testing their prototypes so as to make improvements for survivability, whether that’s a hard landing (such as a 20-foot drop) or a head-on meeting with a tree. Each kit also comes with replacement parts just in case of a malfunction or break. In terms of size, this drone is quite large at 43”x43”24” and weighs in at 14 pounds, requiring 2 Lithium Ion batteries to run. 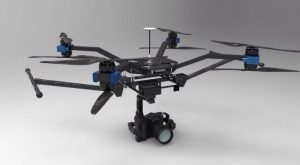 The fourth most expensive drone is the AZ UHD Camera Drone, also known as the “Green Bee”. Made to haul 44lbs through the air, this drone doesn’t have a great battery life at around 20 minutes, but it more than makes up for it with sturdy construction and flexibility in use. Designed as a quadcopter, this drone uses a strong aluminum alloy and carbon fiber landing gears to ensure that even if midair power failure occurs, recovery is at least likely with minimal damage. 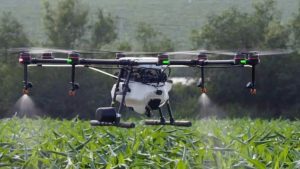 Designed to be a pesticide spraying drone for agricultural usage, the DJI Agras MG-1S Precision is an absolute beast of a drone. Featuring three high precision radar devices for automatic altitude adjustment, this drone can ensure that an even spray can occur across a great of acreage. This drone is remarkably heavy at around 30 pounds and has dimensions of 34” by 9” by 34”. It can hold 10 liters of liquid pesticide and can run for about 15 minutes per each hour charge. For those unfamiliar with drone operations but finding this deal a far sight better than getting their own crop dusting plane, Scorpion Drones (one of the main dealers of the DJI Argas MG-15) does provide professional level training for new users. 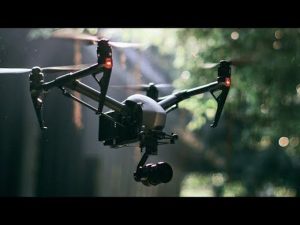 Possibly the most popular drone for Hollywood style films, documentaries or high detail recon work, the DJI Inspire RAW 2 provides stunning images and a great deal of data at a high price. Aside from its ability to handle 5.2k Gimbal cameras and having an amazing rapid 6GB/s processing speed, this drone can also manage 0-50 in as little as 4 seconds, and can top out at around 60 miles per hour. There is a great deal of work put into this drone to ensure stable shots, including dual axis stabilization technology, as well as survivability with its magnesium-aluminum alloy frame. This may not be an ideal drone for a single operator, however, as to take advantage of all the features this drone has requires the use of two separate remotes. That being said, it seems rather intuitive to pilot and agile when avoiding obstacles. 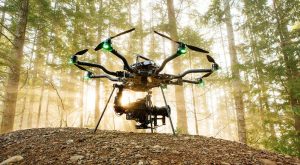 Coming in as the most expensive drone for sale today is the Freefly Alta 8, a nearly 10-pound behemoth with 8 rotary propellers that can lift sizeable cameras, or chainsaws if that’s your thing. In fact, some people have even taken to “drone surfing” made possible by its lift capabilities. Flight time is a little short at 15 minutes due to the heavy lift capacities, but given the surprising speed and ability to handle Hollywood quality cameras, it may be that 15 minutes is all you really need. The S1000 comes with carbon fiber landing gears that are retractable and a build in Canon 5D camera as a proper back-up in case of added tools or primary camera failure.