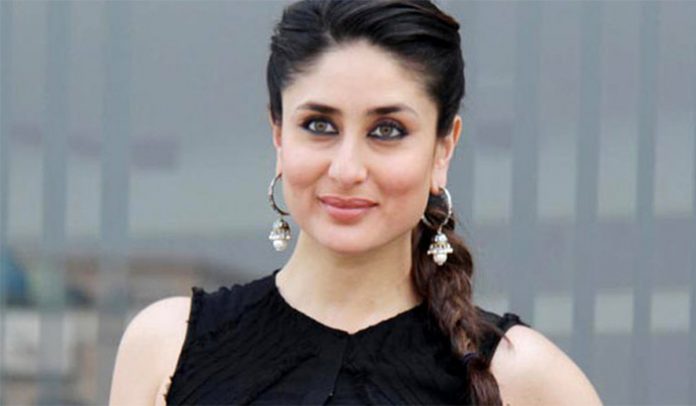 An award-winning Indian actress, Karen Kapoor has starred in numerous films since her debut in 2000. Some highlights include 3 Idiots, Omkara, We Are Family, Incredible Love and Agent Vinod. Most recently, she played a lead role in Veere Di Wedding, a comedy that came out in theatres in June 2018.

Outside of acting, she has also been invited onto a number of TV programs. For instance, she has been featured in C.I.D., Comedy Nights with Kapil, Coffee with Karan, Bollywood and Beyond and Bombay Talksies. At one point, she also performed at the Indian Premier League in 2012.

How wealthy is the movie star? How much is she paid per film? How lucrative is her career in Bollywood? According to various sources, Kareena Kapoor’s 2018 net worth hovers at around $6 million. Where did she earn the majority of this money from? How many streams of income does she have? Let’s find out.

How did Kareena Kapoor Make Her Money & Wealth?

Born on September 21, 1980, in Maharashtra, India, Kareena Kapoor developed an interest in acting at a young age—partly due to the fact that many members of her family were in the film business. Despite their background, however, her father disapproved of her entering the showbiz; as a result, she was raised by her mother, who worked a number of jobs to support her and her sister, Karisma. As a student, she went to Welham Girls’ School, after which she studied commerce at Mithibai College.

At the age of twenty, she made her acting debut in the 2000 film, Refugee. From there, she landed a couple of starring roles in the movies, Kabhi Khushi Kabhie Gham and Asoka, both of which were released in 2001. Despite the initial success, however, it wasn’t until 2004 that she had received her next break. More specifically, she had gained critical acclaim for her portrayal as a sex worker in the box office hit, Chameli.

Almost immediately afterwards, she garnered critical recognition for her portrayal in the 2004 film, Dev. By the end of the decade, she had appeared in several other titles including Jab We Met and We Are Family, both of which had earned her a Filmfare Award. Unfortunately, it’s not known how much she was paid for the roles at this time.

Continuing to act into the 2010’s, she has starred in several movie titles, one of which includes Bajrangi Bhaijaan. Well received, it had grossed the equivalent of $140 million USD in India from a production budget of $13 million USD. To this day, it remains to be one of Kapoor’s highest-grossing releases.

Some of the other movies that she’s worked on since including Brothers, Ki & Ka, Flying Punjab, and Veere Di Wedding. Earlier this year, she had also appeared in an episode of the television series, Naagin.

In addition to her acting work, Kapoor has established herself as an author and designer. Not only does she have her own line of clothing, but she has published a number of books including Don’t Lose Your Mind, Lose Your Weight and Women and the Weight Loss Tamasha.

Yes, she has been married to fellow actor Said Ali Khan since 2012.

Does Kareena Kapoor Have Any Children?

Yes, she and her husband have a son together named Taimur Ali Khan Pataudi.

Does Kareena Kapoor Go to College?

Yes, she attended Mithibai College in Vile Parle, where she studied commerce. Several years later, she enrolled at the Government Law College after having developed an interest in law. Prior to completing the program, however, she dropped out to pursue acting.

What is Kareena Kapoor Famous For?

Kareena Kapoor rose to fame in the early 2000’s after starring in the films Asoka, Kabhi Khushi Kabbie Gham and Refugee.

Kareena Kapoor resides in India with her family. We do not have any pictures of her abode at this time.

What Kind of Car Does Kareena Kapoor Drive?

Details on Kareena Kapoor’s vehicle is not available at this time.

How Much Money Did Kareena Kapoor Make Last Year?

Unfortunately, we do not have any information on Kareena Kapoor’s 2017 earnings at this time.

Earlier this year, the actress starred the comedy film, Veere Di Wedding. On television, she has also made an appearance in the series, Naagin. In terms of upcoming projects, she will be appearing in Good News, which will come out in 2019.

Want to know what the actress is up to? You can follow her fan page on Twitter (@KareenaOnline) and Instagram (@TherealKareenaKapoor). On Facebook, she also has an official fan page, which you can check out by clicking here.