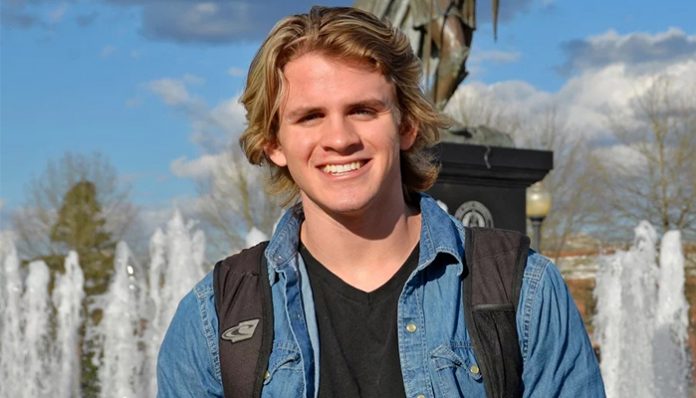 An Internet celebrity, Cole LaBrant rose to fame as a member of the collaborative Vine channel, Dem White Boyz. Incredibly popular, he also ran his own account—which had more than six million followers—by the time the mobile app shut down.

Since then, he has continued to make himself known on platforms such as Musical.ly, and Instagram, where he has more than eight million fans combined. Not only that, but he also has a YouTube channel, which he runs his wife Savannah, called Cole & Sav. As of 2018, they have amassed over 6.6 million subscribers.

How wealthy is the social media star? How lucrative is his online career? How much has he banked from the various platforms? According to various sites, Cole Labrant has amassed a net worth of $2.5 million as of 2018. Where did he earn the majority of this from? We’ll be taking a closer look at some of his accomplishments below.

How did Cole Labrant Make His Money & Wealth?

Born on August 21, 1996, in Alabama, Cole Labrant grew up in Troy with his five siblings—Tate, Clay, Jack, Luke, and Lily. Like many social media stars, he initially rose to fame on Vine in the early 2010’s. More specifically, he had made himself known as a member of Dem White Boyz, one of the platform’s most popular collaborative channels.

Formed in 2013, the group consisted of two other members—John Stephen Grace and Baylor Barnes. Noted for their humor, their six-second clips had earned them a significant fan base over a short period of time. At one point, they also participated in a video contest, which only served to boost their popularity further.

Aside from his work with the group, Labrant also had a personal account on Vine. Well-established in the community, he had amassed more than six million followers, by the time the app shut down in 2017. With the audience that he had, it’s likely that he’d pulled in some earnings in the form of sponsored posts.

Since then, he has continued his social media career on platforms such as Instagram, Twitter and YouTube. Launched in 2012, his channel—which he runs with his wife Savannah, has gained over 6.6 million subscribers over the past few years. Some of their most popular videos to date include Getting Stuck on a Waterpark Ride!!, Hilarious Dance Class with 4 Year Old Everleigh!!, Surprising Our 4 Year Old With Trip to the World’s Biggest Waterpark, and 4 Year Olds Performing Unreal Dance Routine.

How much has he earned from their YouTube channel? According to Nailbuzz, the couple receives an average of 2.5 million views per day across their videos. Assuming that these are monetized views, it would yield them upwards of $4,500 a day (i.e. over $1 million a year). Naturally, these figures would go up, given that their account continues to grow.

In terms of other endeavours, the twenty-something has also appeared on television a number of times. For instance, he and his mother had competed in The Amazing Race in 2016. Last year, he also lent his voice to a character in the animated series, Sadie and Emmie.

Yes, he has been married to Savannah Soutas since 2017—they had tied the knot after a year of dating.

Does Cole Labrant Have Any Children?

Yes, it was revealed earlier this year that he and his wife are expecting their first child together. From Savannah’s previous relationship, he also has a daughter named Everleigh.

Does Cole Labrant Go to College?

No, as far as we know, Cole Labrant has not gone to college.

What is Cole Labrant Famous For?

Cole Labrant rose to fame on Vine in the early 2010’s, as a member of Dem White Boyz. Since then, he has continued to make himself known, mainly on YouTube.

We do not have any information on his location at this time, nor do we have any pictures of his abode.

What Kind of Car Does Cole Labrant Drive?

Details on Cole Labrant’s vehicle is not available at this time.

How Much Money Did Cole Labrant Make Last Year?

Unfortunately, we do not have any information on Cole Labrant’s 2017 earnings at this time.

It was announced earlier this summer that he and his wife are expecting their first child together.

Perhaps you’d like to keep up with the Internet star? If so, be sure to follow him on social media—you can find him on Twitter at @Thesupercole or on Instagram at @Cole.Labrant. On Facebook, you can also show your support on his official fan page here.