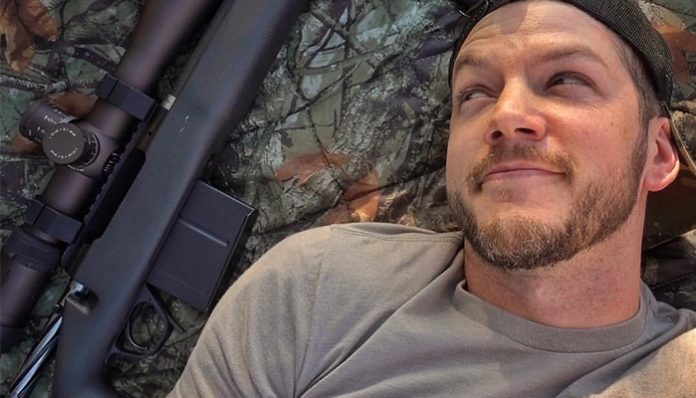 A social media personality, Matt Carrier is best known for his YouTube channel, Demolition Ranch. Noted for his gun content, he has gained more than 5 million subscribers since 2011. To date, his most popular video, Is Titanium Bulletproof? has generated over 18.6 million views.

A licensed veterinarian, he also runs a veterinary channel called Vet Ranch, which has amassed over 2.3 million subscribers as of 2018. Not only that, but he vlogs regularly on a third account called OffTheRanch. If anything, his popularity has continued to rise over the past few years.

How lucrative is his YouTube career? Considering the audience that he has, is it safe to assume that he pulls in a decent amount form his videos? How wealthy is he? According to various sources, Matt Carriker’s 2018 net worth is around $1.8 million. Where was the majority of this earned? How much of this came from his online endeavors? Let’s find out.

How did Matt Carriker Make His Money & Wealth?

Born on October 21, 1986, Matt Carriker grew up with his two siblings, a sister, and a brother, in Texas. Unfortunately, not much is known about his childhood at this time. All we know at this point is the fact that he attended the Texas A&M University College of Veterinary Medicine in 2008; he later received his veterinary license in 2012.

Ultimately, it wasn’t until the early 2010’s that he began to make himself known on social media. In 2011, he launched his first YouTube channel, Demolition Ranch. A gun channel, most if not all of his content showcases various firearms; some of his earliest uploads include SPAS-12 vs Computer Monitor, 12 Gauge Slugs vs Garage Door Motor and Cheapest Gun in the World.

As of 2018, he has gained more than 5.6 million subscribers with over 761 million views combined. Incredibly popular, his top video, Is Titanium Bulletproof has been viewed more than 18.6 million times to date. With the fan base that he has, it’s not surprising to know that he pulls in a decent amount of earnings from the channel. Assuming that he makes at least $2 per 1,000 monetized views, he would have already earned over $600,000 in ad revenue.

Since his rise to fame, he has launched a second channel called Vet Ranch. “A place for veterinarians to share amazing stories,” according to its description, it has gained over 2.3 million subscribers as of 2018. Updated on a regular basis, many of its videos have generated millions of views such as Now That’s a LOT of Puppies!!! (9 million views), Husky, Ugly to Beautiful (6.7 million views) and Let’s Change This Monster Back Into a Puppy (6.1 million views). Given that it’s also monetized, it would yield him another stream of revenue.

Last but not least, he also runs a vlogging channel called OffTheRaunch. Though not as popular as his other accounts per se, it has gained nearly 2 million subscribers as of 2018. Considering everything, it’s likely that it also contributes to his overall income. Outside of his social media career, there is, of course, also his veterinary practice.

Yes, he has been married to his wife Meredith Atkinson for many years.

Does Matt Carikker Have Any Children?

Yes, he and his wife have four children—Mark, Matt, Drew, and Ali. In fact, he also has five grandchildren!

Does Matt Carikker Go to College?

Yes, he went to the Texas A&M University College of Veterinary Medicine, from which he graduated in 2008.

What is Matt Carikker Famous For?

Matt Carikker is perhaps best known for his YouTube channel, Demolition Ranch. On top of that, he’s popular for his other channels OffTheRanch and Vet Ranch.

Matt Carrier and his family reside in Texas, where he practices veterinary medicine. We do not have any additional details at this time.

What Kind of Car Does Matt Carikker Drive?

Details on Matt Carikker’s vehicle is not available at this time.

How Much Money Did Matt Carikker Make Last Year?

Unfortunately, we do not have any information on Matt Carikker’s 2017 earnings at this time.

Over the past year, he has uploaded a number of new videos to his three YouTube channels, including Legos…Are They Bullet Proof?!?!, which has been viewed over 11 million times.

What’s the YouTube star up to? If you’re a fan, why not follow him on social media? You can find Matt Carrier on Twitter at @DemolitionRanch or on Instagram at @DrDemolitionMatt. As far as we can tell, he does not have an official Facebook page.