The Longhairs After Shark Tank – 2018 Update 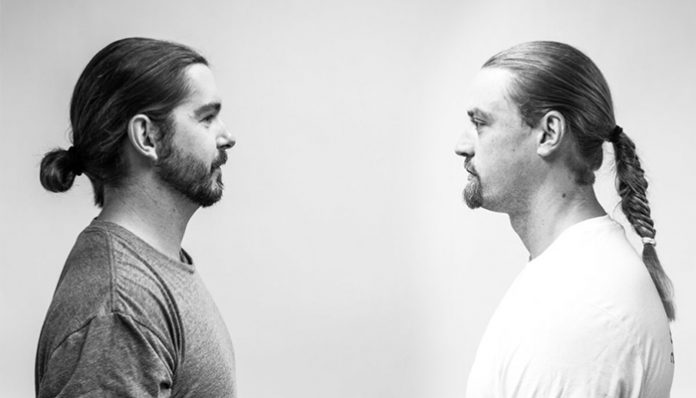 The Longhairs Before Shark Tank

Based in San Diego, California, The Longhairs is a company that is known for their line of hair products for men with long hair. The proprietors of the finest men’s hair ties in the world, according to their website, they also offer other accessories such as head wraps and hair ties. In fact, they even have their own YouTube channel, to which they’ve posted several tutorial videos.

The brainchild of Chris Healy and Lindsay Barto, The Longhairs came to be after they recognized the glaring need for a men’s hair tie. Former classmates at Fresno State, the pair had founded a digital marketing company called Round Two Creative Group in 2013. Ultimately, it was during a drive back from a client meeting that they came up with the idea of making hair ties for guys (they’d both been growing out their hair at the time).

While it sounded a little ridiculous at first, they took the idea and ran with it. Before long, they had established The Longhairs in 2014. With that said, it wasn’t until a year later that they started to produce their own products―their first creation, Hair Ties for Guys was released in 2015. Prior to that, they had simply made themselves known by publishing original content for guys with long hair. Though they initially started it as a side project, it wasn’t long before it became obvious that it would become something big.

In 2017, they decided to try their luck at the Shark Tank Open Casting in Cabazon, California (for those who are interested, the pair documented the process on their blog here). After a few successful auditions, it was announced in early 2018 that they had landed a spot in the ninth season of the show. In the end, they were featured in episode 16, which aired on January 14, 2018, in the U.S.

The LongHairs on Shark Tank 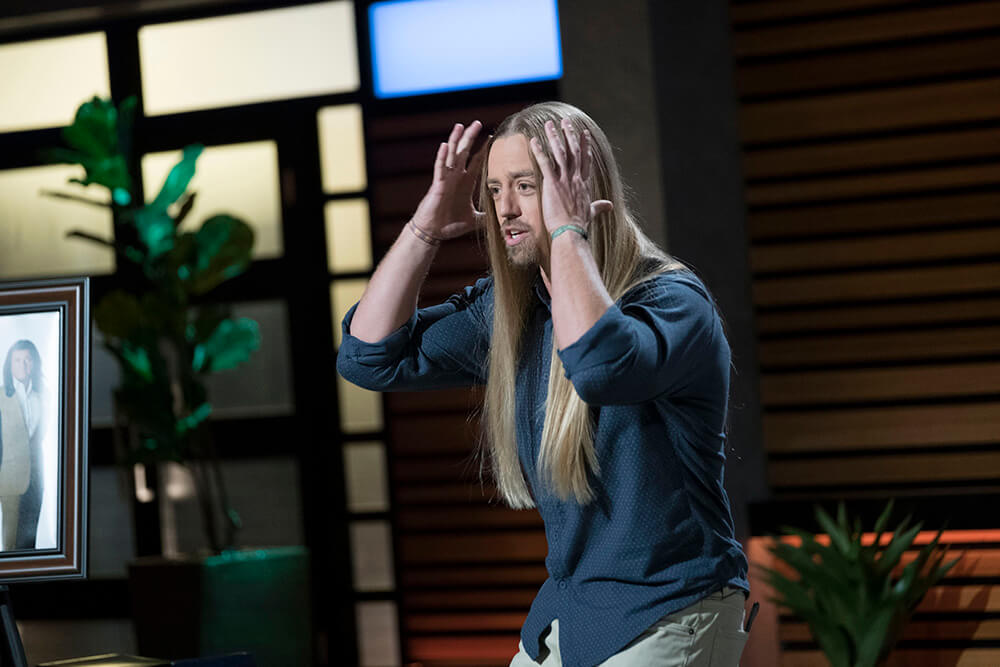 The last entrepreneurs to walk into the tank, Lindsay and Chris introduce themselves to the sharks, before stating that they’re seeking $95,000 in exchange for a 10% equity stake in their business, The Longhairs―a global fraternity for men with long hair.

Beginning their pitch, Lindsay asks the sharks what Louie the 14th, and Benjamin Franklin had in common―long hair. Continuing, he shares that most of those who worked on the country’s constitution also had long hair. From there, they unveil a photoshopped picture of the four male sharks―all with long hair, which garners laughter from everyone.

Making everyone play along, Lindsay proceeds to hand each of the male sharks their own, long-haired wig. Telling them to put them on, the founders eventually go on to tell them more about their product. Pulling a small package out of their back pocket and holding it up in front, the two exclaim proudly that there are now “hair ties for guys.”

As the camera zooms in on the product, the founders explain that they’re available in a number of different patterns, from pirates to the American flag. Flicking their long hair up and down, they go on to say that they advocate, educate and celebrate men with long hair. Giving their full attention to the panel, they end their pitch by stating that they’re “looking for the right shark to tap the niche market that’s about to supernova.” 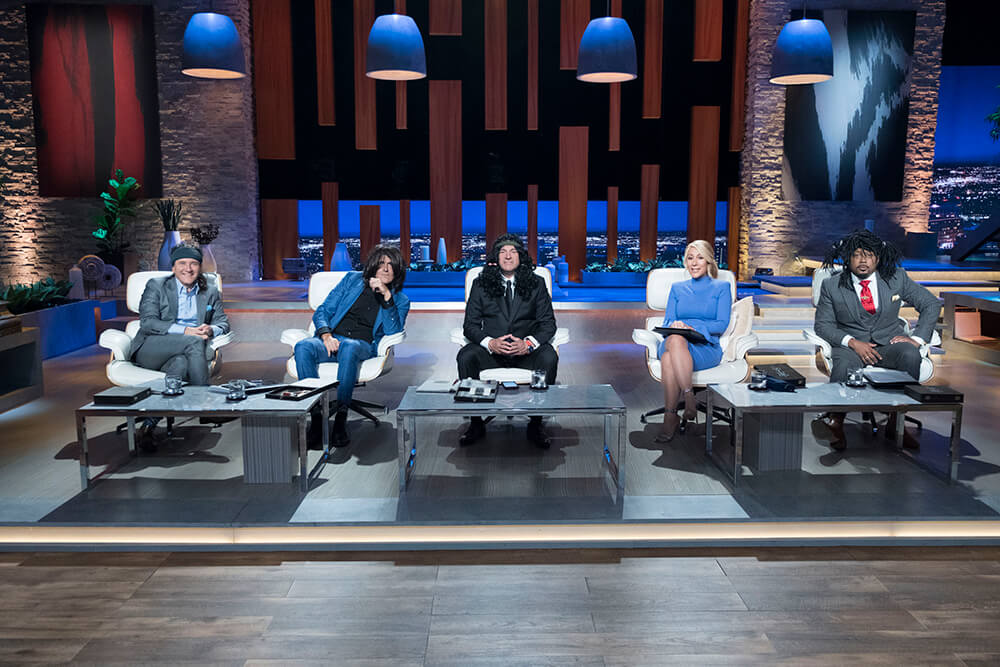 With that, they tell the sharks to open up the boxes in front of them, which contains a few of their products. As Kevin experiments with a hair band, Lori asks about a bottle of liquid, which the founders reveal to be a bottle of hair serum. Seconds later, laughter can be heard as Robert tries to tie up his “hair” with one of their hair ties.

Asked whether or not they’ve sold any of their products, Chris replies yes. Elaborating, he reveals that they did $25,000 in sales in year one, and $85,000 to date in 2017, which seems to impress the panel. Curious to know more, Lori subsequently asks them where they’re selling the items. Explaining, Lindsay states that they currently have two channels through which they receive orders―their official website and Amazon.

Wearing a headband, Robert goes on to inquire about the products’ margins. Gesturing towards the packs that they’re holding, Lindsay explains that they sell for $12. With further prompting, the co-founder reveals that they make them for $1.60 per unit. Asked why someone would buy them instead of using women equivalents, Chris explains that most of the ones available on the market are not manly.

Elaborating, he states that they’ve come up with a superior hair tie through their product testing and development. Asked about its advantages, Chris explains that they’re one of the first brands to be able to print creative, robust patterns on the outside of hair ties, without sacrificing performance. Holding one of them in his hands, he reveals that they use a polyester-based elastic blend, which allows them to do a heat transfer so that they’re able to print the designs.

Noting that it’s now “the best hair tie in the world”, Robert asks whether or not it can also be launched into the women’s market, to which Chris says yes. With that, Mark comes in with his own question―“Is there anybody else focused on guys with long hair?” In response, the founders tell him that there is no one “selling specific products to men with long hair.” 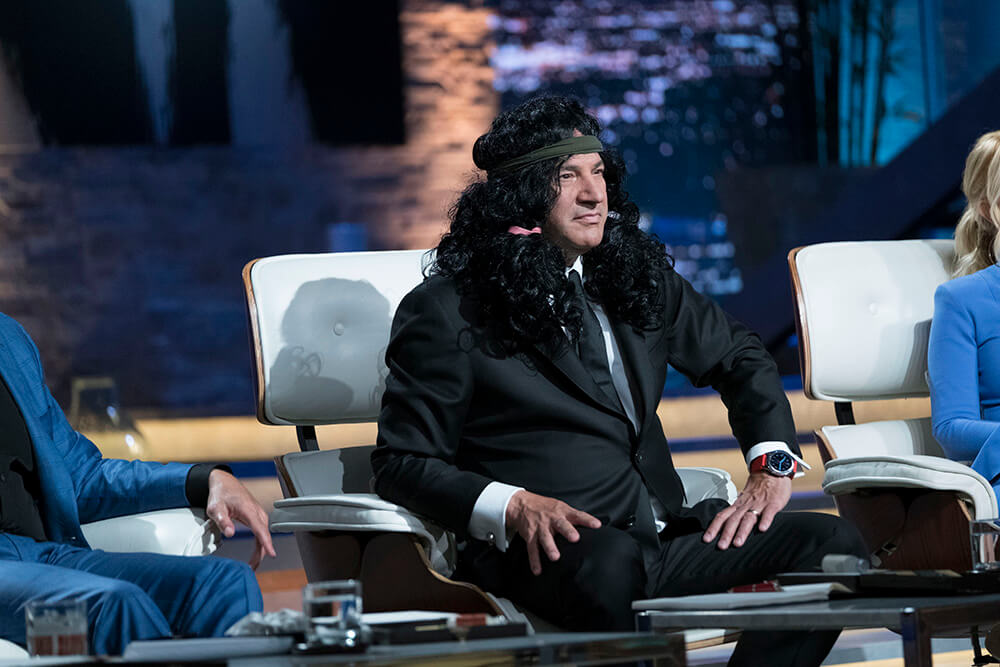 From there, Daymond eventually asks the two how they plan on getting the word out. Replying to his question, Lindsay tells him that they have podcasts, articles, and videos. Seconds later, he gestures towards the television, which is playing a clip of them “breaking the record of  the most hair whips in the grand canyon.” As the idea begins to play, the sharks can’t help but laugh at the continuous hair flicks. Soon afterward, they are shocked to learn that the pair had continued the antics for 14 consecutive days.

As amazing as he is at their feet, however, Mark seems skeptical about the product’s market, as shown by his question―“How many guys have hair down to their shoulders?” Responding to his comment, Chris tells him that they’ve successfully captured over 5,000 customers so far, which proves that there is a market. Continuing, he reveals that their website receives 45,000 unique visitors a month.

Just as he’s about to continue, however, Kevin throws out a deal. Noting their crazy margins, he offers them $95,000 for 10% stake, in addition to a royalty of $2 per unit $200,000 is paid. While appreciative of the offer, Chris admits that they’d like to consider a little bit further.

As if on cue, Lori begins to talk about possible patterns for the hair ties and headbands. Asked by Kevin whether or not she will be investing, however, she quickly says no. Elaborating, she admits that she’ll probably be redesigning everything should they partner up, which she comments, is probably something that they wouldn’t want to have. Apologizing, she goes on to tell them that she is out.

Giving his thoughts, Daymond is the next to speak. As much as he likes their work, he says, he does not want to destroy their “quality of life”, which leads him to drop out as well. With that, two sharks remain. As Lindsay and Chris look on, Mark tells the two that he admires the fact that they know what they’re doing. With that, he’s willing to give them an offer―$100,000 for 25% stake.

Looking at Mark, Kevin quickly point out that “it’s expensive.” From there, Lori reminds the entrepreneurs that the latter has made them an offer. Asked what his deal was again, Kevin reiterates his offer, which includes a $2 per unit royalty. Given two completely different offers, Lindsay and Chris are noticeably conflicted as the sharks continue to talk. 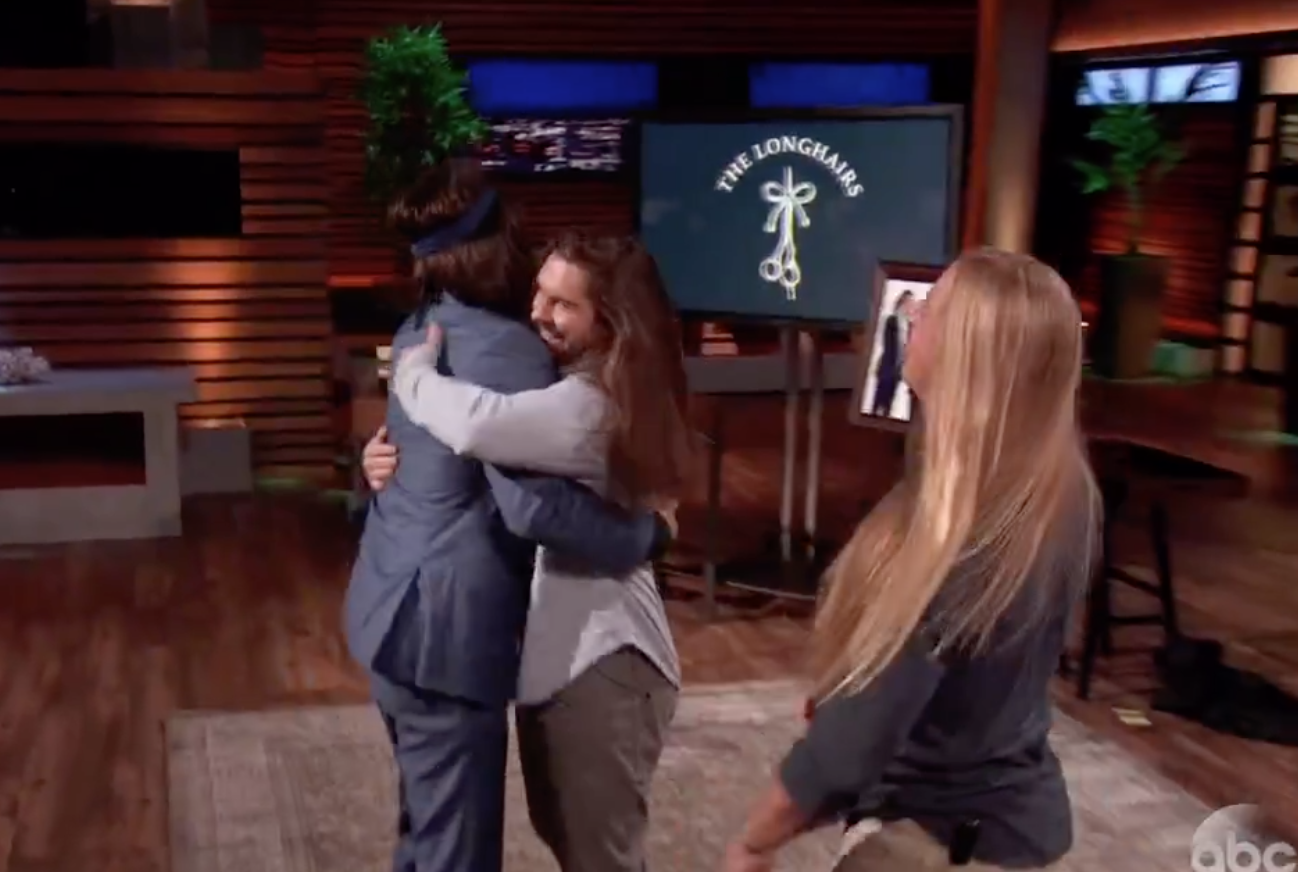 Eventually, Mark presses them for an answer. Trying his luck at a counteroffer, Chris asks whether or not he’d be willing to do $100,000 for 15% stake. While he rejects the offer, the shark tells them that he will lower the equity to 20%. Talking among themselves briefly, the panel looks on as they come to a decision. Moments later, they agree to Mark’s offer, which leads the shark to demonstrate a hair flick of his own in celebration.

Walking up to the entrepreneurs, he gives both of them a handshake and a hug before joining in for another round of hair whips. Excited, the pair eventually makes their way backstage, where they reiterate their excitement for being able to work with Mark on the project.

The Longhairs in 2018 – The After Shark Tank Update

More than half a year has passed with Lindsay and Chris were on the show, pitching The Longhairs to the sharks. How are they doing nowadays with Mark’s $100,000 investment? Let’s have a look.

Since their television appearance, the pair has asked their customers to vote on their favorite hair tie designs. Not only that, but they’ve returned to their podcast. In fact, they recently announced on the show that they will expand their line to include The Longhairs Shampoo and Conditioner. Outside of the business, Lindsay and Chris have also been busy trying to break the Guinness World Record for the most hair donated in a 24-hour period (for those who are curious, the current record is 181lbs of hair), with a deadline of March 16, 2019.

What Customers Think of The Longhair Products

With the attention that they’ve received from Shark Tank, their orders have also shot up significantly. In terms of customer feedback, their superior no-rip hair ties currently have a 3.5-star rating on Amazon out of over 60 reviews. Looking at some of the comments, it would appear that the general consensus is positive, with a few issues with durability here and there.

Interestingly enough, they have a much higher rating on their official Facebook page―4.9 stars (which might be due to the fact that it includes all of their other products). Reading through the posts, most users seem more than satisfied with the products (e.g. hair ties, serum, headbands)

Over the past several months, The Longhairs community has only grown larger. For one thing, they’ve amassed nearly 10,000 followers on Instagram and 6,000 on Facebook. If you want to keep up with their latest products, be sure to give them a follow.

Will Lindsay and Chris be returning to Shark Tank for an update on The Longhairs anytime soon? Unfortunately, considering all things, there’s a low chance that they’ll be returning to the show next season (after all, they had just recently appeared earlier this year). If anything, it’ll be a while before we see them back on television. For now, the pair is probably busy with developing new products for the company.