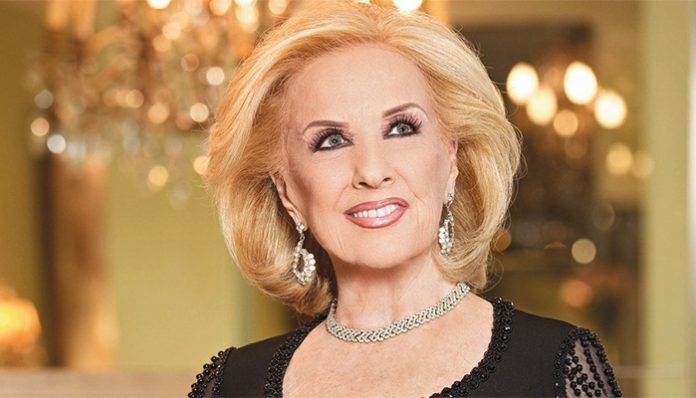 Mirtha Jung is perhaps best known as the ex-wife of George Jung, an infamous drug lord who played a major role in the U.S. cocaine trade in the ‘70s and ‘80s. A former addict, she herself strived to get clean after giving birth to their daughter, Kristina in 1978.

Many years later, she came back into the spotlight after her story was made into a biopic called, Blow. Released in 2001, the movie centered around her George Jung and how he had established the cocaine market in the United States in the ‘70s. Since then, she has, for the most parts, stayed out of the public eye.

How well-off is the former ex-wife of the infamous drug trafficker? What is she doing nowadays? According to sources, Mirtha Jung has amassed a net worth of $150,000 as of 2018. Where did she earn the bulk of this from? Let’s take a closer look at her life below.

How did Mirtha Jung Make Her Money & Wealth?

Hailing from the United States, not much is known about Mirtha Jung’s early life, other than the fact that she celebrates her birthday on the 3rd of every December. Of Cuban descent, it’s said that she had met George Jung in the late ‘70s when she was in her early twenties. Ten years her senior, it’s likely that he became acquainted with her through his cocaine contacts.

By the early ‘70s, George had made a name for himself as an infamous smuggler in the U.S. As his partner, Mirtha naturally also became involved with the “business”. Within a few years, they were making upwards of $250,000 a month (approx. $1.6 million today, adjusting for inflation). In the end, however, George was arrested in 1974, after being found smuggling 660 pounds of marijuana into the United States.

Sent to FCI Danbury, it was ultimately there that he met Carlos Leader Rivas, a young man who introduced him to the infamous Medellin Cartel. Following their release in 1975, the two went into business together, smuggling hundreds of kilograms of cocaine from Columbia to the U.S. According to reports, Jung made anywhere from $3 to $5 million a day during that period.

While she herself, was also an addict, Mirtha eventually decided to get clean after giving birth to their daughter, Kristina in 1978 (they had tied the knot a year prior). Despite her resolve, she was ultimately unable to shake off her addiction, which resulted in some jail time. Fortunately, however, she has since become clean.

In 2001, she came back into the public eye after their story was adapted into a biopic film titled, Blow. Directed by Ted Demme, the movie starred Johnny Depp and Penelope Cruz, who played as George and Mirth respectively. Relatively successful, it ended up winning a number of accolades including an MTV Movie Award in 2002.

Since then, Mirtha has—for a lack of better words—been off the radar. In fact, her last documented public appearance was back in the early 2000’s.

In the past, Mirtha Jung was married to the infamous drug lord, George Jung, who was active in the U.S. cocaine trade in the ’70s and ’80s. They later divorced, though the exact time is unclear.

Does Mirtha Jung Have Any Children?

Yes, she has a daughter named Kristina, who was born in 1978. Ultimately, it was her birth that had motivated her to shake off her drug addiction.

Does Mirtha Jung Go to College?

Unfortunately, not much is known about Mirtha Jung’s education background. As far as we know, she has not gone to college.

What is Mirtha Jung Famous For?

Mirta Jung is best known for being the former wife of George Jung, an infamous drug lord of the ’70s and ’80s.

Not much is known about Mirtha Jung’s current residence at this time.

What Kind of Car Does Mirtha Jung Drive?

Details on Mirtha Jung’s vehicle is not available at this time.

How Much Money Did Mirtha Jung Make Last Year?

We do not have any information on Mirtha Jung’s 2017 earnings at this time.

As mentioned earlier, Mirtha Jung has not made any public appearances since the early 2000’s. If anything, she has completely been out of the public eye for well over a decade. Her ex-husband, George, on the other hand though, has since begun to make headlines again.