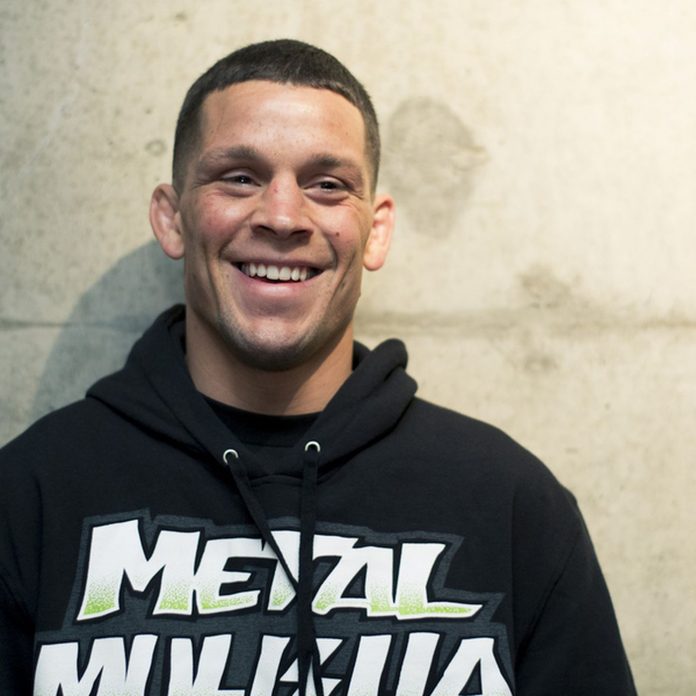 The world of mixed martial arts inspires millions of people every year – and champion fighter Nate Diaz has one of the most impressive records of any fighter today. Diaz is a mixed martial artist who currently competes in the UFC’s lightweight division. He has a total of 19 wins on his record and also won The Ultimate Fighter 5 in 2007 against Manvel Gamburyan. Diaz holds the record for the most post-fight bonuses with Joe Lauzon. As of 2018, he is rated #11 in the official UFC rankings.

Like fighters such as Conor McGregor, Nate Diaz has a significant amount of influence over the world of UFC. Diaz and McGregor also hold the record for the highest UFC Pay Per View buy rate from their UFC 202 fight in 2016. Diaz received $500,000 as prize money for the fight, the largest prize he has received to date. Like other top fighters, Diaz also makes a significant amount of money from sponsorships and promotions.

How Did Nate Diaz Earn his Money and Wealth?

Nate Diaz was born on April 16th, 1986 in Stockton, California. He has Mexican and English descent. Nate and his older brother Nick were always interested in fighting since their youth. At age 11, Nate began martial arts training. He attended Tokay High School in Stockton.

When Nick Diaz made his professional debut at age 18, Nate trailed right behind him. Nate Diaz made his debut at age 19, three years after his brother. Before fighting with UFC, Nate first fought for WEC (World Extreme Cagefighting). He won his first fight with a triangle choke during WEC 12 on October 21st, 2004 against Alejandro Garcia.

Nate Diaz lost one match and won four more before facing off against Hermes Franca during WEC’s final event, WEC 24. Although that match brought Diaz his most devastating loss yet, WEC was then acquired by UFC – which gave Nate Diaz a chance to make his career even bigger. WEC officially merged with UFC in 2010.

During the Ultimate Fighter 5 in 2007, Nate Diaz makes a definite impact on the fighting scene. Under the guidance of Jens Pulver, Diaz won 6-2 against Manvel Gamburyan, securing the win after Gumburyan’s shoulder was dislocated.

After this win, Diaz began demanding tougher competition – and he got it. In 2008, he secured two victories against Kurt Pellegrino and Josh Neer – the former of which brought controversy after Diaz flexed and raised his middle fingers which choking Pellegrino before he tapped out. Diaz’s bravado came back to haunt him, however – he lost his pay-per-view debut against Clay Guida during UFC 94. During The Ultimate Fighter: United States vs. United Kingdom Finale, Diaz also suffered a loss against Joe Stevenson. Both losses were caused by Diaz’s then underdeveloped wrestling skills, which he promptly worked on after the losses.

Nate Diaz made a comeback during UFC 141 after a win against Donald Cerrone. Although Diaz won via unanimous decisions, both fighters won Fight of the Night awards. Shortly after In 2012, Diaz earned his black belt from Jiu-Jitsu legend Cesar Gracie and beat black belt Jim Miller during UFC at Fox 3.

After a series of minor fights, Nate Diaz was chosen for the fight of his life against Conor McGregor during UFC 196. He was chosen as a replacement for Rafael Dos Anjos after Anjos was injured. Diaz only had 11 days to prepare for the fight and took advantage of every minute to get under McGregor’s skin. Diaz ultimately won the fight, though McGregor got back at him after beating him during UFC 202.

In 2018, Nate Diaz began fighting once more after a two-year hiatus. He is scheduled to co-headline UFC 230 with a fight against Dustin Poirier on November 3rd, 2018.