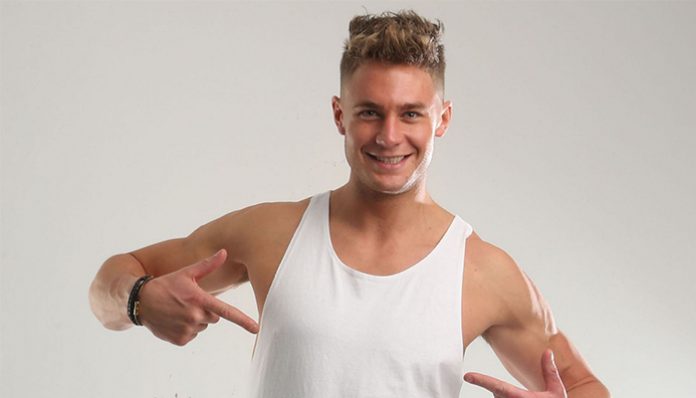 A reality star, Scott Timlin aka Scotty T, rose to fame on MTV’s reality program, Geordie Shore. After making a guest appearance in the third season, he was promoted to being a series regular in 2012. From there, he stayed on the show for several years—until 2017.

Since his rise to fame on reality TV, he has been featured in several other titles such as Celebrity Big Brother (which he won), Ex on the Beach, and Neighbours. This summer, he has also been serving as the presenter on the entertainment program, Just Tattoo Of Us.

How much was he paid for his appearances on the British reality series? How much has he earned from his other television gigs? What other projects is he involved in? How rich is he? According to various sources, Scott Timlin has amassed a net worth of $815,000 as of 2018. Let’s have a better look at his career below.

How did Scott Timlin Make His Money & Wealth?

Born on April 26, 1988, in Newcastle, England, Scott Timlin worked as a club manager prior to venturing into reality television. Unfortunately, not much is known about his early life at this time. With that said, he mentioned in the past that he had achieved good grades as a student.

As one thing led to another, he eventually made a guest appearance in the third season of MTV’s reality series, Geordie Shore. From there, he was promoted to being a main cast member in the fourth season. Responsible for his rise to stardom, the show drew in well over a million viewers in the UK. Some of Scotty T’s fellow cast mates included Vicki Pattison, Charlotte Crosby, Gas Beadle, and Holly Hagan, to name a few. Before long, he had become one of the most popular cast members on the show.

In the end, he starred on the program for five years from 2012 to 2017. According to the Sun, he was given the boot after being seen “snorting a suspicious substance.” How much did he make from the show in total? While his salary has not been disclosed, his fellow co-star Gas Beadle had revealed that he earns upwards of £45,000 a month, which translates to around $51,000 USD.

Since his rise to fame on television, he has been featured in several other titles such as Celebrity Big Brother, Big Brother’s Bit on the Side, Ex on the Beach, Backchat, and When Celebrity Goes Horribly Wrong. Currently, he serves as the presenter on the entertainment program, Just Tattoo of Us, which airs on MTV. Premiered in 2017, it had run for two seasons, before he joined the cast. Unfortunately, however, it’s not known how much he is paid for the role.

Going back to address our original question, it’s likely that Scotty T has earned most of his income from his reality television career. After all, he had starred on Georgie Shore for several years—if anything, the franchise would have yielded him a decent amount of earnings.

No, Scott Timlin is not married. Last year, it was said that he’s in a relationship with Francesca Toole.

Does Scott Timlin Have Any Children?

No, Scott Timlin does not have any children that we know of.

Does Scott Timlin Go to College?

No, as far as we can tell, Scott Timlin has not gone to college.

What is Scott Timlin Famous For?

Scott Timlin rose to fame as one of the main cast members on MTV’s Georgie Shore. Since then, he has appeared in several other programs such as Ex on the Beach and Neighbours.

Scotty T currently resides in Newcastle, England. Unfortunately, we do not have any additional details at this time.

What Kind of Car Does Scott Timlin Drive?

Information on Scott Timlin’s vehicle is not available.

How Much Money Did Scott Timlin Make Last Year?

Unfortunately, we do not have any information on Scott Timlin’s 2017 earnings at this time.

Since May 21, 2018, Scott Timlin has been serving as the presenter on MTV’s reality series Just Tattoo Of Us. After a ten-episode run, the third season later wrapped up in July 2018.

Want to know what the reality star is up to? If you’re a fan, be sure to follow him on social media—you can find Scotty T on Twitter and Instagram at @ScottGShore. Alternatively, you can show your support on his official Facebook page, which you can check out here.