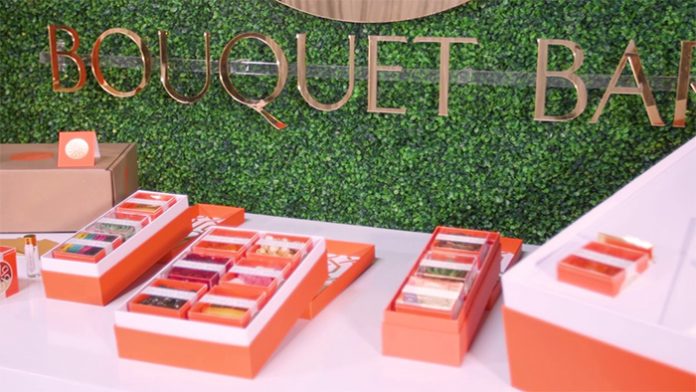 An innovative gifting company, the Bouquet Bar has been redefining the art of gifting since 2017. Based in Los Angeles, they sell a variety of gift items (e.g. floral arrangements, candies, coffee, etc.), all of which are packed and sent to its destination in a designer box. A fresh twist on gifting, the “customization” process makes the entire experience both unique and meaningful.

Launched in January 2017, the Bouquet Bar was founded by Sal Aziz, Alex Amidi, and David Yusuf―the latter two of whom own a floral design company together called Square Root Designs. As it had happened, they had come up with the idea of making a gifting platform after it became evident that many of their customers were looking for something different. With their floral expertise, they eventually came up with a way of making the gifting experience both “meaningful and unique”―the Bouquet Bar. That is a gifting platform that allows its users to fully customize a gift box from the contents to the box itself.

Unique and innovative, it quickly proved to be popular among their clients. Within just a year’s time, they had managed to partner with a number of big companies such as Facebook, Google, Four Seasons Hotel, Oracle, and First Republic Bank. Not only that, but they’ve since released their own private label of dummies, chocolates, nuts, face lotions, and more. If anything, they’ve become one of the most popular gifting platforms in the United States.

As successful as it was, however, the founders sought further growth for the company. As one thing led to another, they eventually landed an opportunity to pitch the Bouquet Bar on ABC’s hit show, Shark Tank. Featured in the ninth season, their episode aired in the U.S. on January 21, 2018.

The Bouquet Bar on Shark Tank 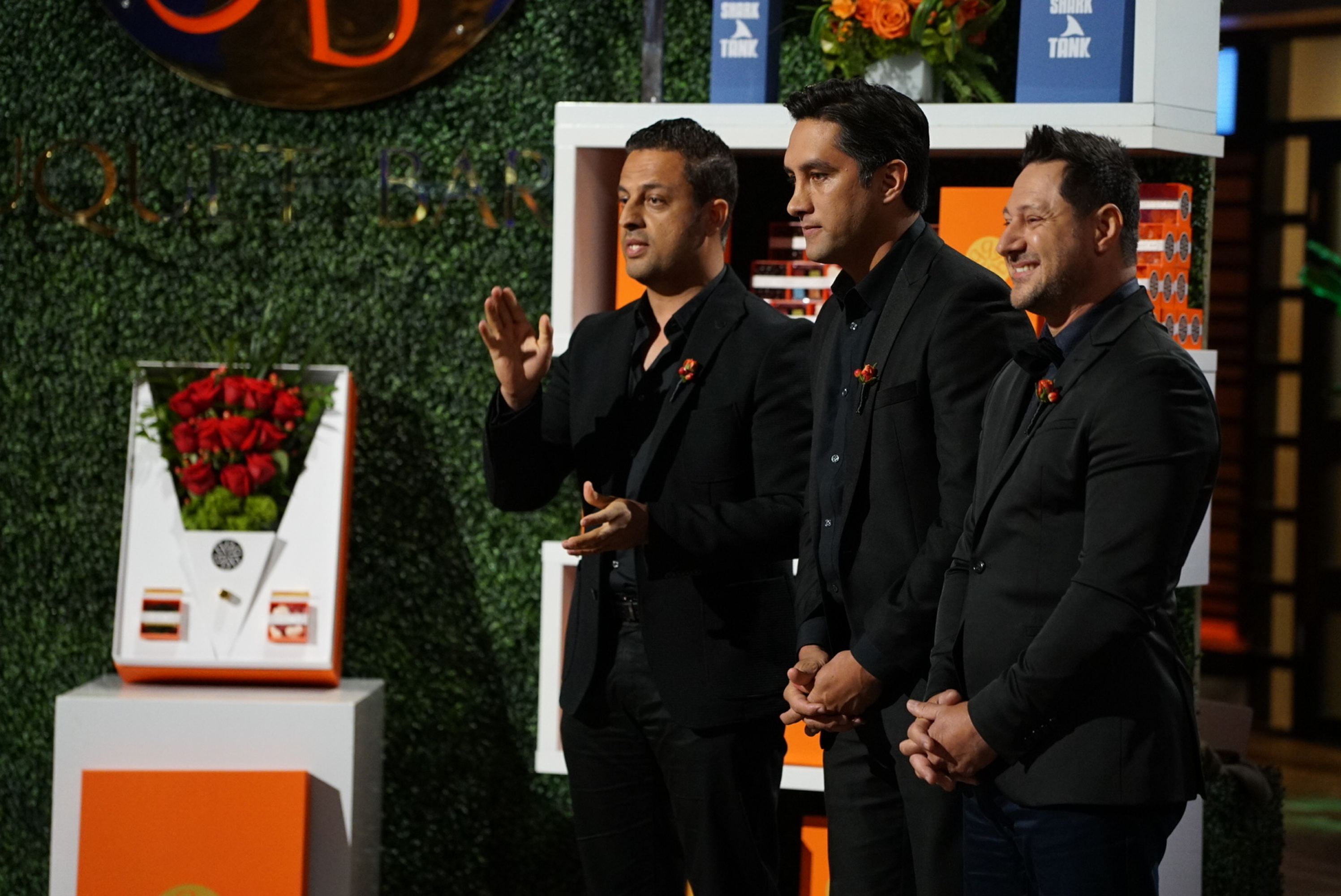 Entering the tank, the founders smile and introduce themselves as the owners of the Bouquet Bar. Seconds later, they tell the sharks that they are seeking a $150,000 for 10% of their company.

Continuing to speak after what seems like an awkward pause, they ask the sharks whether or not they’ve ever had difficulty in choosing a gift. Almost immediately, Mark admits that he has, with a chuckle. With that, the founders exclaim that they have the perfect solution―the Bouquet Bar. Elaborating as the camera pans towards their setup, they explain that it is a gifting platform that sells flowers and unique gifts, all of which are sold in “amazing packaging.”

“A whole new elegant way of gifting”, David goes on to explain how it works―that users are able to add various gifts of their choice to a designer box, one that they’re able to pick out themselves. Giving the sharks a better idea of the possible contents, they go on to list a few examples such as chocolates, organic tea blends, and beautifully arranged flowers. Noting that the possibilities are endless, Alex states that it’s the perfect gift to send to a special someone.

From there, they proceed to pass out some of their “amazing treats” to the sharks. Handed a red box, Sarah is quick to note that it looks “beautiful.” Almost immediately afterward, Lori chimes in with some compliments of her own. As they go on to examine the products, it’s obvious that most of the sharks are impressed with what is sitting in front of them. 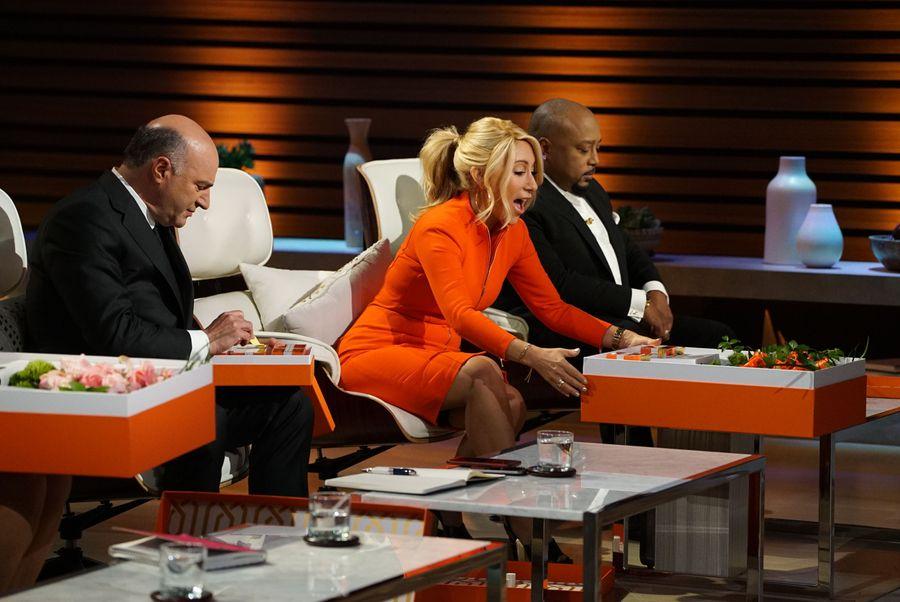 Holding a box in one hand, Mark subsequently asks about mixing and matching the items. Addressing his question, the founders explain that shoppers are able to pick a set amount of gift items to include, depending on the size of the box. (e.g. three in a small, six in a medium, and a bouquet of roses and two gifts in a large). Continuing, Alex reiterates the fact that customers are able to “mix and match” items, after selecting a box of their choice.

Asked about the choices available, the founders reveal that they’ve only been in business for four months, which seem to surprise everyone. Continuing to explain, they let them know that currently sell candles, chocolates, truffles, and flowers. Noting how heavy the box is, Mark inquires about shipping. In reply, they state that it ships for $12 to $15 through their regional shipper. Commenting that “it’s quality stuff.”, Daymond subsequently asks about the costs, to which he is told $20 for a small box (retails for $50), $34 for a medium (retails for $75), and $68 for a large (retails for $155).

Next, they are asked by the sharks how they’d come up with the idea. In response, Dan tells them that he and Alex have known each other for many years as they co-own a floral design company. Continuing from where he’d left off, Alex states that he’s been in the flower business for 25 years, since the age of nineteen. Upon further prompting, he reveals that he had immigrated from Iran when he was still a teen, which impresses the panel.

Likewise, Dan tells them that he is also an immigrant who had moved to the U.S. at the age of nine. Though he initially aspired to become a physician, he later changed his mind and went into the flower business with Alex. In need of someone techy, the pair eventually recruited the help of Sal, who completed their trio. Gesturing towards himself, Sal goes on to share that he has a background in digital media and technology and that he had previously co-founded a digital media company. 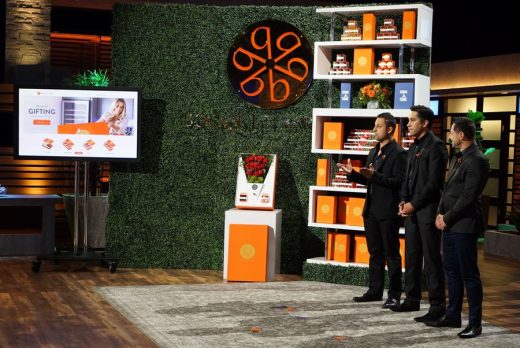 Curious about his other business, Mark asks about their revenue. In response, Dan states that they do around $3 million annually, which garners a positive reaction from the sharks. Unfortunately, however, he tells the sharks that that business is not included in today’s deal. Noting that he has worked with many gifting companies”, Kevin makes a point that the greatest challenge is customer acquisition.

Inquired about their customer acquisition, Sal tells him that they are utilizing Google. Upon further prompting, however, the trio reveals that they are currently not making any money, as they have just recently launched a few months ago. Asked about their revenue for the last four months, Dan replies that they’ve done $100,000 in sales.

Intrigued, Daymond goes on to ask how much of their own money is put into the business. Told that they’ve put in $600,000, the sharks are all surprised. Wanting to get a better idea of the numbers, Sara subsequently asks where the funds are spent. Giving the panel their full attention, the founders explain that $300,000 went towards developing the products, website, and operations. From there, they point out that they also have a 3,200 square ft facility.

Ready to scale, they also let the sharks know that they have $3,000 worth of inventory, which can pull in over $1.2 million in sales. To that, however, Kevin notes that their customer acquisition cost has to be around 10% to 10%. While they agree, the trio admits that it will take a bit of time. Asked about their clientele, Sal reveals that their customer base is mainly females and males around the ages of 35 and 55. 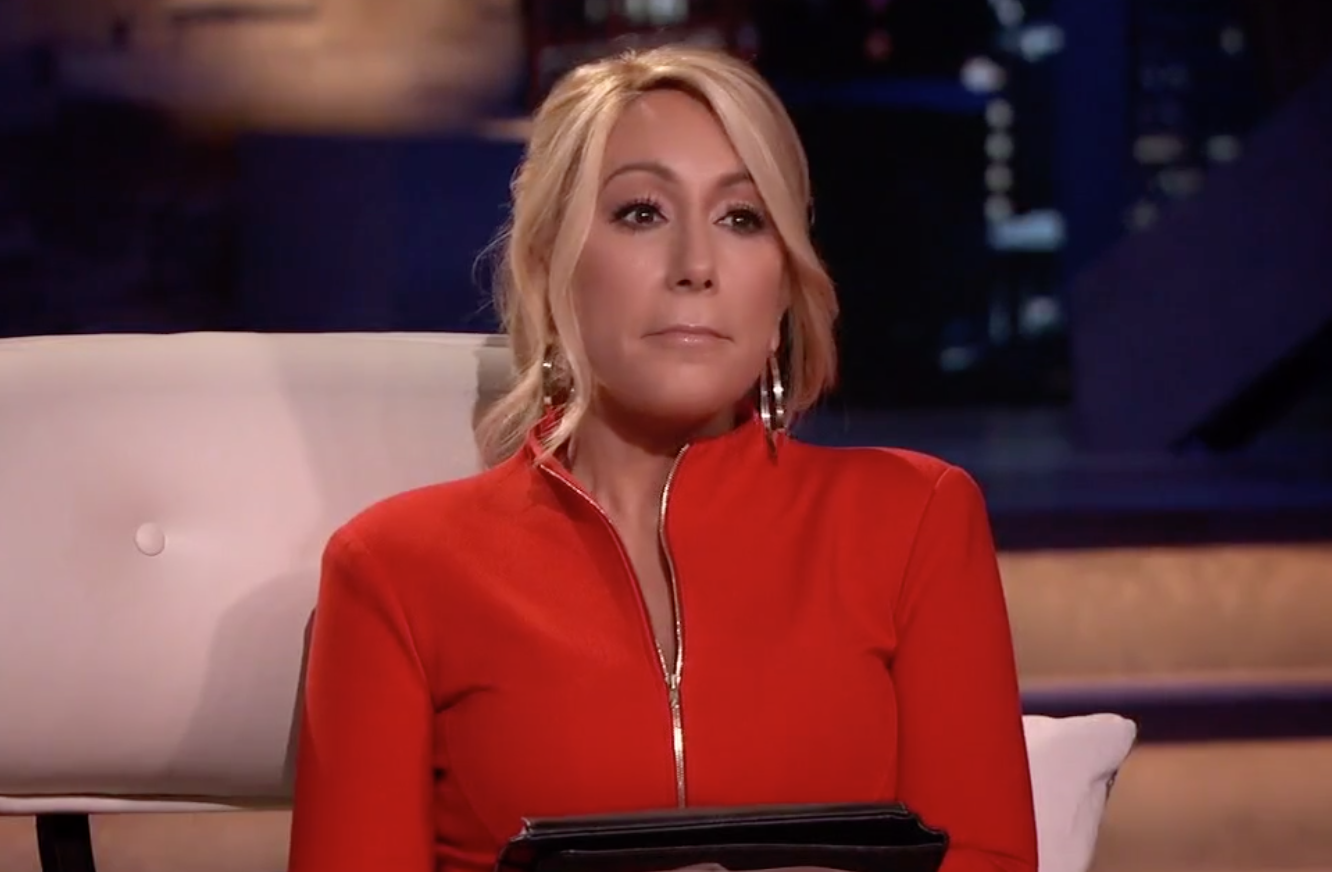 Moments later, Lori calls out the elephant in the room by stating that their products resemble that of Sugarfina, a luxury confections boutique. Elaborating further, she tells them that the company had started similarly by selling different candies in various boxes. Noting that they have to be more unique and different, the shark eventually drops out―despite the trio’s best efforts to defend their products.

Jumping in, Sara goes on to agree with Lori about the Bouquet Bar resembling Sugarfina. While she admits that she sees the difference that they’re going for, she mentions that the premise is easy for others to replicate. Noting that the point of differentiation is not big enough, however, she later also backs out of a deal, leaving three sharks.

From there, the attention goes to Daymond, who notes that they will have to educate the public about “things that they don’t know.” Mentioning the fact that it is both difficult and costly, he also drops out. Changing the subject, the founders bring up the topic of the $3 million wedding market. To their dismay, however, Kevin once again brings up the issue of customer acquisition. Seconds later, he becomes the fourth shark to drop out.

Asked about their other company, the founders confirm that their salespeople are capable of selling on their own on commission. With further prompting from Mark, they also express that they’d love to design more products. Almost immediately afterward, the shark questions them about their valuation. Defending the number, the trio explains that “you have to put together three or four companies together” in order to get what they have.

After a rather long pitch from David, Mark agrees to make them an offer―$150,000 for 20% stake, non-negotiable. Pressed for an answer, the trio agrees straight away. As the rest of the sharks give them a round of applause, Mark steps up for brief hugs and handshakes with the founders, before they leave the tank.

The Bouquet Bar in 2018 – The After Shark Tank Update

Many months have passed since David, Sal, and Alex walked away with a deal from Mark on Shark Tank. How is their innovative gifting company doing nowadays with the shark’s help?

In the end, their episode had aired just a few weeks before Valentine’s Day. As a result, the company saw a huge increase in orders for February―at least 10 to 15 times more than before the show, according to a recent interview with the founders. Likewise, they also experienced a huge spike for Mother’s Days. In terms of their regular operations, they had also improved both their website and products.

If you’d like to keep up with their latest gifts and offers, be sure to check out their official website at bouquetbar.com.

What Customers Think of the Bouquet Bar

If anything, most of the company’s reviews have been positive over the past several months. For instance, The Bouquet Bar currently has a 4.4-star rating out of over 50 reviews on Facebook. Looking at some of the comments, it would appear that most shoppers are pleased with the gifts―especially with its packaging. With that said, some users have run into issues (e.g. order not being delivered, delayed, etc.), though it appears to be a minority.

Will the trio be returning for a Shark Tank update sometime later this year? Unfortunately, this seems unlikely as their appearance on the show was relatively recent. If anything, they are probably kept busy with the company, which has seen an incredible amount of growth since January.