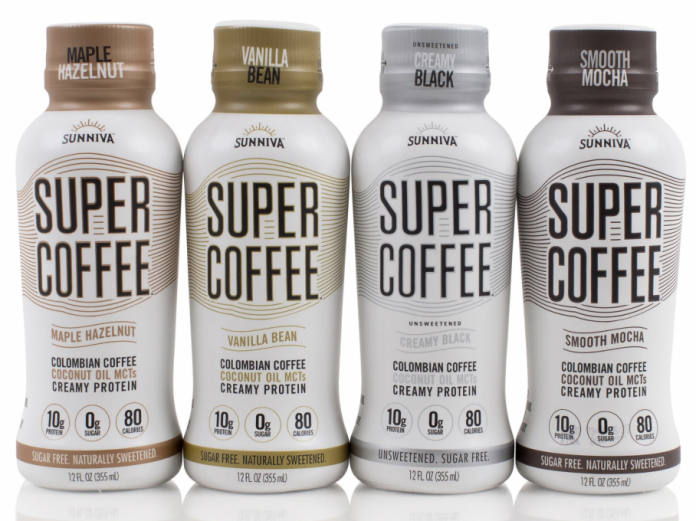 Entering the Shark Tank are brothers who believe that they have a better version of a trendy beverage. Meet Jordan DeSieco, the founder, and youngest brother, of Sunniva SuperCoffee. The middle brother, Jake, who performs a dab, is the chief of sales. Their older brother, Jimmy, is the CEO. The three of them grew up in Kingston, New York, and they have created the world’s first “SuperCoffee.” Today, they have come to the Shark Tank to seek a $500,000 in exchange for a 4.5% equity stake in their business. All of the Sharks laugh, although likely not out of amusement at the brothers’ antics.

All three brothers were collegiate athletes. They were always tired, and their coaches were unhappy because the players were falling asleep in classes after morning workouts. The school stores offered only the usual unhealthy bottled coffees and energy drinks. But the three brothers refused to put that garbage into their bodies. They thought, there has to be a healthy energy alternative. In their youngest brother’s dorm room, they brewed something better – organic, Columbian coffee beans, blended with 10 grams of protein powder and healthy fats from coconut oil for lasting fuel.

Just like that, Sunniva SuperCoffee was born. Jordan dropped out of school, Jimmy left his job, and their poor mother shed a few tears but they were determined to share their Sunniva SuperCoffee with the world. Over the last 18 months, they’ve come a long way from their brother’s dorm room. They have a product that people want because it works, and they have the sales to prove it. As athletes, the DeSieco brothers are looking for a coach to teach them the fundamentals and share their SuperCoffee with the world.

All five of the Sharks are eager to try the SuperCoffee. Guest Shark Rohan Oza asks if he’ll feel super afterwards. All day long, actually, the brothers answer. Jordan pushes out a trolley of bottles, and each Shark receives a sample of flavors. The flavors include vanilla bean, which is the top seller, maple hazelnut, the dark mocha, and an unsweetened sugar free black brew. Lori sips it and is blown away by the strength of the coffee. Jordan tells Rohan that specific coffee will put some hairs on his chest in the morning and get him moving. 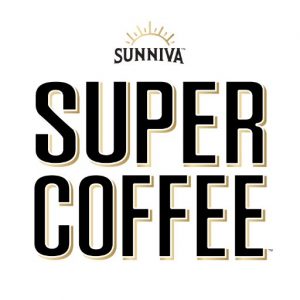 Rohan says that the taste profile tastes great, but there’s still some interesting taste on the “back-end.” He asks if they have any Stevia, a sugar substitute, present. They have a little bit of organic maple syrup and organic Stevia in the coffee. Robert asks why he doesn’t like it, but the three brothers just reply that Robert isn’t a millennial. All of the Sharks love the comeback.

Robert then asks about the sales – they have done $600,000 to date, and next year, they are on track to do $2.1 million in sales. They’ve only been present in the market for a little under two years. They actually just partnered with the world’s largest food service provider, so Sunniva SuperCoffee will be going into corporate restaurants and around college campuses. Sunniva SuperCoffee is already in Whole Foods, Target, Wegman’s, and WaWa. They accomplished this because people love the product.

Jake says that with the world’s largest food service provider, The Compass Group, which does $20 billion annually, they signed a national distribution purchase order. Rohan asks about the revenue to date, which has been $400,000 and 150 accounts. In the next six months, they expect to do $2.1 million dollars. Rohan’s background comes from beverages, such as Smartwater and Bai, which he all got into early. They were all early stage companies that went on to become billion dollar exits. Rohan is looking for the next billion dollar exit, and this starts with a few things.

Rohan asks about margins – what they’re making it for and selling it for, and where are they making it at the moment. Sunniva SuperCoffee has a 43% gross margin, and their total cost of goods is $1.05 per bottle. This includes ingredients, labelling, blending, boxing, palettes – everything. The cost is sold to distributors for $1.85, and the price on the shelf is $3.29. This is compared to the competitor, which is usually Starbucks. The product is $2.99, but they want to talk about the new and enhanced category.

Products are using coconut oil, protein, and butter, which are on the shelf at Whole Foods for $4.99 to $7.99. Mark explains that they found a niche to be cheaper and healthier, as well as having the sweetness but the relatively low calorie to play towards millennials. But, he wants to know about the cash and how much they’ve raised. The DeSieco brothers have raised $1.3 million total at a $7.5 million evaluation only three months ago, they explain. 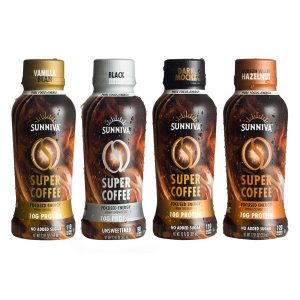 Rohan says that he’s an investor in Bulletproof Coffee, which is one of the most iconic coffees out there. He doesn’t have to just invest in that, but he wants to know how the three of them are breaking through as a market and what they’re doing differently. Jordan says that they see Bulletproof as a similar product but targeting a different consumer – a little bit older audience. For Sunniva SuperCoffee, they are in the R.T.D (ready to drink) coffee space, which is 95% Starbucks. There isn’t a lot of competition, but it is the fastest growing category in the beverage space.

The consumers of Sunniva SuperCoffee are seeing something affordable, they like the taste, and the 7 grams of sugar from organic maple syrup. Rohan says that he knows has they have a lot of new accounts coming on, but they want to know what’s in the bank today. His rudimentary math estimates that at 5% for $500,000, they are putting a $10 million evaluation on a company that has done $400,000 in the year currently. Rohan has been part of some ridiculous evaluations, but this is heavy even by his standard.

Jake understands that they aren’t a large company and they aren’t Bai, which was acquired for 6 times their revenue at $275 billion. They are just getting started with Sunniva SuperCoffee and that’s why they’re here. They have the inventory and accounts, but they need the sales people to generate more accounts. If they do $2 million, the Shark is getting a deal. But Rohan says that if he were only four inches taller, he would clean out entire rooms of women – this is all besides the point.

Jake is insistent that the distribution is there, and if they don’t add another account, they’ll do $800,000 this year. Barbara then says that she has invested in 2 different beverage companies, and she has never seen her money go out the door faster and never come back. However, the three brothers are different. Each of those two businesses was headed by one dynamic entrepreneur, but here she gets three for the price of one. The three brothers are disciplined and have high energy and it’s obvious how they feel, so Barb is inclined to go into the deal. Except, Barb has a problem. She wants to take the pen and keep scraping her tongue because she keeps having that aftertaste. She can’t get the aftertaste out of her mouth.

The most important qualities in a drink are how Barb responds to the taste, but for that one little reason alone, she has to exit the deal. So, Barb is the first Shark out of the deal. Mark says that the three brothers have a great name and a great price, but the most success they have, the more expensive it becomes to turn Sunniva SuperCoffee into a profitable and saleable company. He’s not ready to make a $10, $25, or even $50 million investment in the company, so Mark is out of the deal as well. 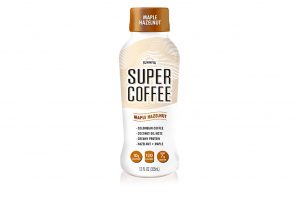 Jake says that they have the manufacturing and distribution, but what they don’t have is the influence. They’ve come so far from the dorm room and they want to share the drink with America. Lori asks if the three brothers have ever heard the saying, “the dream is free, the hustle is sold separately”? She elaborates further – she feels as though the brothers have the hustle and the drink is right on trend, but her concern is the high evaluation. So, she has to be out of the deal.

Rohan commends the three on recommending the shift happening in the food and beverage industry. A lot of products on the shelves are high sugar and high fructose corn syrup, but the three have recognized a shift towards high protein, high good fats, and low sugar. He is thumbs up with them on that, and is impressed with the velocity. Beverages are expensive, and when beverages do well and sees the billion dollar exits, they get excited. However, they do not see the graveyard of the hundreds of beverages that are no longer around today. They need millions of dollars to thrive.

The amount that the three brothers are raising is insufficient to go into the beverage space, Rohan says. However, the thing that stands out the most to Rohan is the taste of a product. Unfortunately, the three need to work on that, so Rohan is out of the deal. Unfortunately, the DeSieco brothers do not find an investment for their Sunniva SuperCoffee product.

Sunniva SuperCoffee is still around and more popular than ever! Although the product isn’t available all around the United States yet, it is available in concentrated pockets on the east coast. This ranges from New York and New Jersey, all the way down to a couple stores on the North Carolina and Virginia border. I sincerely hope that Sunniva SuperCoffee is available more and believe that not all stores are listed due to overloading the store locator on the Sunniva website.

You can purchase Sunniva SuperCoffee in one of a variety of retailers (should they happen to carry it), or straight from the source through the online store. A 12-pack runs for $35.99 and is available in either a variety pack or a single formula pack – this is in line with their $2.99 per bottle price. The flavors for Sunniva SuperCoffee include creamy black (unsweetened), smooth mocha, maple hazelnut, and vanilla bean. The three brothers are also accepting wholesale offers at this time, so don’t be surprised to see Sunniva pop up at a location near you.