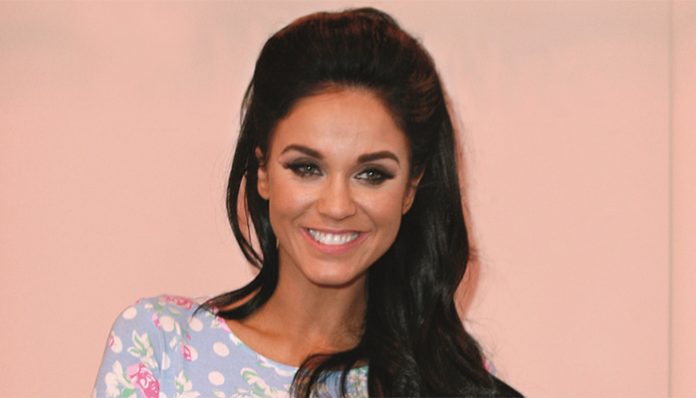 A TV personality, Vicky Pattison rose to fame after appearing on the popular reality program, Geordie Shore. One of the original cast members, she remained on the show for four years from 2011 to 2014.

Since her rise to fame on television, she has been featured in several other titles including Big Brother’s Bit on the Side, Judge Geordie, Ex on the Beach, and I’m a Celebrity, Get Me Out of Here!. More recently, she also appeared in the shows Britain’s Got More Talent, The Wright Stuff and Celebrity Juice.

How much did she make from starring in the MTV series? How lucrative is her television career in general? How wealthy is the reality star? According to various sites, Vicky Pattison’s 2018 net worth stands at approximately $1.5 million. Where did she earn this fortune from? Is she involved with any other projects outside of the showbiz? Let’s have a look at some of this below.

How did Vicky Pattison Make Her Money & Wealth?

Born on November 16, 1987, in England, Vicky Pattison was raised with her sister Laura in Newcastle, where she grew fond of drama as a young child. After completing high school, she studied theatre at Liverpool John Moores University. In order to support herself, she worked various jobs at nightclubs and telesales. Ultimately, it wasn’t until the 2010’s that she ventured into reality television.

In 2011, she was cast in the British reality series, Geordie Shore. Based in Newcastle upon Tyne, England, it followed the daily lives of a group of housemates, all of whom live together during the duration of the show. One of the original cast members, Pattison co-starred alongside Charlotte Crosby, Gas Beadle, Jay Gardner, Greg Lake, and a few others.

Responsible for her rise to fame, the show drew in millions of viewers, all of whom tuned in every week. In the end, she starred for nine seasons, before making her departure in 2014. By then, she had already earned herself a sizeable fan base as a reality star. In terms of her salary, it’s said that she made tens of thousands of dollars per season. Unfortunately, the exact numbers have not been disclosed to the public. With that said, it’s likely that she’s earned herself a considerable amount over the years, considering how long she was on the show.

Since her rise to TV stardom, she has appeared in several other programs including Judge Geordie, Ex on the Beach, I’m a Celebrity, Get Me Out of Here, Up Late with Rylan, and I’m a Celebrity…Extra Camp, to name a few. So far this year, she has also been featured in the shows The Wright Stuff, Ex on the Beach: Body SOS, and Britain’s Got More Talent.

As far as other ventures go, she has also acted on a few occasions. For instance, she played a couple of roles in the TV series, Drunk History: UK in 2016. That same year, she also made an appearance in the comedy, Murder in Successville, which starred Luke Kempner, Liam Hourican, and Tom Davis.

While she isn’t married, she has been engaged to John Nobile since 2017. In the past, she dated fellow Geordie Shore cast member, Ricci Guarnaccio.

Does Vicky Pattison Have Any Children?

No, Vicky Pattison does not have any children that we know of.

Does Vicky Pattison Go to College?

Yes, she did. After high school, she went to Liverpool John Moores University, where she studied drama.

What is Vicky Pattison Famous For?

Vicky Pattison rose to fame as one of the original cast members of MTV’s Geordie Shore. Following nine seasons, she left in 2014.

Vicky Pattison currently resides in Newcastle, England, according to her official Twitter bio. We do not have any additional details at this time.

What Kind of Car Does Vicky Pattison Drive?

Details on Vicky Pattison’s vehicle is not available at this time.

How Much Money Did Vicky Pattison Make Last Year?

Unfortunately, we do not have any information on Vicky Pattison’s 2017 earnings at this time.

So far this year, she has appeared in a few shows including The Wright Stuff, and Britain’s Got More Talent. At one point, she even hosted the series, Ex on the Beach: Body SOS!

Want to know what she’s up to? If so, be sure to follow her on social media—you can find her on Twitter and Instagram at @VickyPattison. On Facebook, she also has her own fan page, which you can check out here.