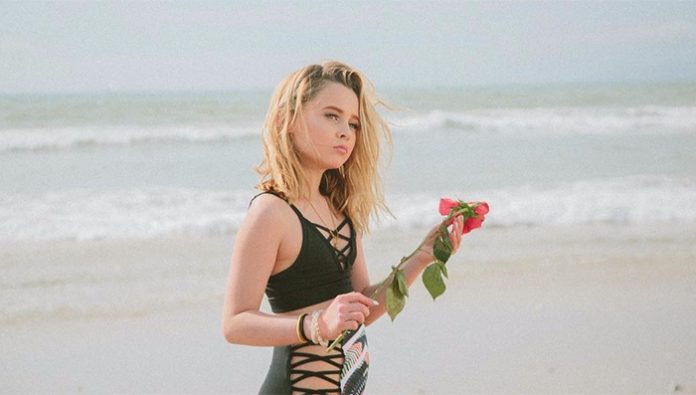 An aspiring singer, Alabama Barker is the only daughter of Travis Barker, the drummer of Blink-182. Introduced in the series finale of Meet the Barkers, the family’s reality series, she has since earned a significant fan base on social media. For instance, she has amassed over 350,000 fans on musical.ly.

Following in her father’s footsteps, she has shown an interest in music at a young age. In 2016, she and her brother collaborated on a song titled, Blue Christmas. A year later, she released her debut single, Our House, which has since been played over 426,000 times on YouTube.

How wealthy is the social media personality? How lucrative is her online career? How successful is she as a singer? Unfortunately, information on Alabama Barker’s 2018 net worth is not yet available. Since we’re here though, let’s take a closer look at some of her accomplishments.

How did Alabama Barker Make Her Money & Wealth?

Born on December 24, 2005, in California, Alabama Barker is the daughter of Travis Barker and Shanna Moakler, the former of whom is the drummer for Blink-182. The youngest of three siblings, she has an older brother named Landon, as well as a half-sister named Ariana Cecelia De La Hoya, who is from her mother’s previous relationship. Prior to her birth, the family starred in their own reality series, Meet the Barkers on MTV. In the end, she was introduced in the show’s finale, which aired on February 7, 2006.

Several years later, she began to make herself known on social media. For instance, she launched her self-titled YouTube channel, Alabama Barker in 2016. Mostly noted for her vlogs, she has gained more than 74,000 subscribers to date, with nearly 5 million combined views across her videos. Some of her most popular uploads include DIY: How to Make Fluffy Slime (1.3 million views), My Night Time Routine (419,000 views) and Room Tour: Tour Bus Edition (324,000 views).

As you probably already know, YouTube can be quite lucrative for content creators. Given that she has chosen to display ads on her videos, it’s likely that she’s received some earnings from her channel over the past couple of years.

Aside from YouTube, Alabama is also active on several other platforms such as Musical.ly, Twitter, Snapchat and Instagram. If anything, her popularity has only been going up over the past year. Given that she continues to grow her accounts, chances are, her earning potential will also increase with time.

In addition to her online endeavors, she has also been making herself known as a recording artist. In 2016, she and her brother Landon collaborated on a holiday song titled, Blue Christmas. Accompanied by an MV, it has since become one of the most-viewed videos on her channel with nearly 600,000 views.

A year afterward, she came out with her debut single, Our House on October 13, 2017. A relative hit, the official music video has since racked up over 400,000 views on YouTube. For now, it’s unclear whether or not she will be releasing a full-length album sometime in the near future.

No, she is too young to be married. As far as we know, she is currently single.

Does Alabama Barker Have Any Children?

No, Alabama Barker is too young to have children.

Where does Alabama Barker Go To School?

Unfortunately, not much has been disclosed about Alabama Barker’s personal life, including the specifics of her school.

What is Alabama Barker Famous For?

The daughter of Travis Barker, the drummer of Blink-182, she is perhaps best known on social media, where she has hundreds of thousands of followers.

Still a minor, Alabama Barker lives with her parents in California. We do not have any additional information at this time.

What Kind of Car Does Alabama Barker Drive?

Alabama Barker is too young to drive.

How Much Money Did Alabama Barker Make Last Year?

Unfortunately, we do not have any information on Alabama Barker’s 2017 earnings at this time.

As mentioned earlier, Alabama Barker most recently dropped her debut single, Our House last fall. The launch of her music career, the song has already been played hundreds of thousands of times online.

What’s the aspiring singer up to nowadays? Interested in frequent updates of her life? If so, be sure to follow her on social media—you can find Alabama Barker on Twitter at @AlabamaBarker or on Instagram at @AlabamaLuellaBarker. On Facebook, she also has an official fan page, which you can check out here for the latest updates.