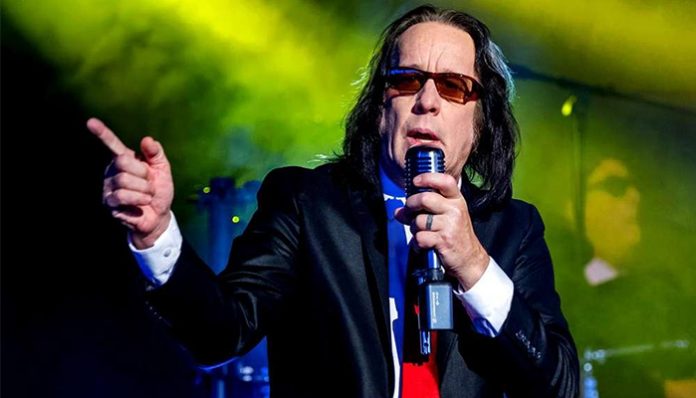 An accomplished musician, Todd Rundgren has been creating music since the mid-‘60s. Throughout his career, he has released many albums including Something/Anything?, A Wizard, A True Star, Hermit of Mink Hollow, to name a few. Most recently, he dropped White Knight in 2017.

In addition to his singing career, he has made himself known as a producer. Over the years he has worked on a number of tracks including the New York Dolls’ Cause I Sez So, Badfinger’s Straight Up and Meat Loaf’s Bat Out of Hell.

How wealthy is the singer-songwriter? How many records has he sold? How lucrative is his music career? According to various sources, Todd Rundgren has amassed a net worth of $10 million as of 2018. Did he earn the majority of this from his albums and singles? What other endeavors is he involved with? Let’s take this opportunity to learn more about the artist.

How did Todd Rundgren Make His Money & Wealth?

Born on June 22, 1948, in Philadelphia, Pennsylvania, Todd Rundgren grew up in Upper Darby. As a teen, he went to Upper Darby High School, during which he ran an underground newspaper. Following his graduation, he relocated to Philadelphia, where he performed a short gig with Woody’s Truck Shop, a blues-rock group. From there, he joined another rock band called Nazz, with whom he released three albums during the late ‘60s and early ‘70s.

Launching his solo music career around the same time, he released his debut album, Runt in 1970. Met with praise, the two-sided disc gave rise to ten tracks including Who’s That Man, I’m in the Clique, There Are No Words and Devil’s Bite. Eventually, it also made it onto the US Billboard Pop Albums chart.

Continuing to make establish himself in the music scene, he went on to release a number of albums over the next several years including A Wizard, a True Star, Todd, Hermit of Mink Hollow and Something/Anything?, the last of which received gold certification from the RIAA.

Since then, Rundgren’s music catalog has grown tremendously with the addition of over a dozen new albums. Some of his more recent projects include One Long Year, Arena, Todd Rundgren’s Johnson, State, and Global. Most recently, he came out with his 27th album titled, White Knight in 2017.

Considering everything, it’s likely that he has earned a significant amount from his records. On top of that, he’s also known for putting on concerts and going on tour, both of which would contribute to his overall income as well. In fact, he had just recently taken part in the Yes on their Yestival Tour last summer.

In addition to his work as a singer-songwriter, he also has a list of notable production credits. For instance, he has helped to produce XTC’s Skylarking, Badfinger’s Straight Up, and the New York Dolls’ Cause I See So. At one point, he even composed the soundtrack for the TV series Crime Story in the ‘80s.

Yes, he has been married to dancer Michele Gray since 1998.

Does Todd Rundgren Have Any Children?

Yes, he has two children—a daughter named Liv Tyler from a previous relationship and a son named Rebob with his wife.

Does Todd Rundgren Go to College?

While he hasn’t gone to college, he recently received an honorary doctorate from Berklee College of Music last year.

What is Todd Rundgren Famous For?

Todd Rundgren rose to fame in the early ‘70s with the release of his debut album, Runt. Since then, he has released more than two dozen albums, the latest of which came out last year.

Unfortunately, we do not have any information on Todd Rundgren’s location at this time, nor do we have any pictures of his home.

What Kind of Car Does Todd Rundgren Drive?

Details on Todd Rundgren’s vehicle is not available at this time.

How Much Money Did Todd Rundgren Make Last Year?

Unfortunately, we do not have any information on Todd Rundgren’s 2017 earnings at this time.

Last year, he came out with a new album titled, White Knight. His first project in two years, it featured fifteen new tracks including Chance For Us, Buy My T, This Is Not a Drill and Deaf Ears.

Want frequent updates from the singer himself? If so, be sore to follow him on social media—you can find him on Twitter at @ToddRungren or on Instagram at @The_Todd_Rundgren. On Facebook, you can also follow his official fan page for the latest announcements.