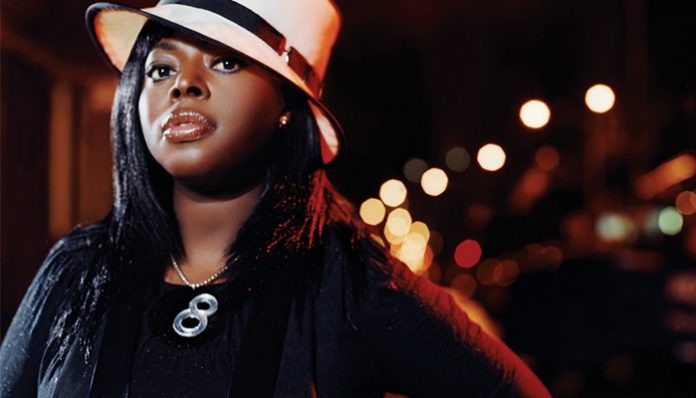 A Grammy-nominated singer, Angie Stone rose to fame in the ‘70s as a member of the hip-hop group The Sequence. During their time together, they released several records including Sugarhill Presents the Sequence, The Sequence, and The Sequence Party. In the ‘90s, they also put together two compilation albums titled, Funky Sound and The Best of the Sequence.

As a solo artist, she has also come out with a number of albums over the years. In fact, many of her releases such as Mahogany Soul and Black Diamond have earned RIAA accreditation in the United States. Most recently, she issued Covered in Soul in 2016.

How well-off is the recording artist? How many records has she sold? What other projects is she involved with? According to what we can find online, Angie Stone’s current net worth stands at $3 million. What does she owe her fame and fortune to? Let’s have a look below.

How did Angie Stone Make Her Money & Wealth?

Born on December 18, 1961, in Columbia, South Carolina, Angie Stone started to sing at a local church at a young age. Growing up, her father also often took her to see performances by acts such as the Gospel Keynotes and the Singing Angels. By the time she was in her mid-teens, she had launched her music career as a member of the hip-hop trio, The Sequence.

The second group to sign to Sugar Hill Records, they released their debut album, Sugarhill Presents the Sequence in 1980. Over the next couple of years, they came out with two additional projects, The Sequence and The Sequence Party, which gave rise to singles such as I Don’t Need Your Love (Part One), Funky Sound (Tear the Roof Off), And You Know That, and I Just Want to Know.

Launching a solo music career in the late ‘90s, the singer released her first studio album, Black Diamond in 1999. Named after her daughter, it gave rise to over a dozen tracks including No More Rain (In This Cloud), Everyday and Life Story and Don’t Wanna Ride Without You. A commercial hit, the album not only received praise from critics but had gained gold certification in the United States.

Not long afterward, she followed up with a second album titled, Mahogany Soul. Released in the fall of 2001, it spawned four hit singles: More Than a Woman, Brotha Part II, Wish I Didn’t Miss You and Bottles & Cans. An overall success, it too, also received gold certification from the RIAA.

Since then, Stone has recorded several other albums including Stone Love, Unexpected, The Art of Love & War, and Dream, all of which charted in the US music charts. Most recently, she issued Covered in Soul in 2016 through Goldenlane.

In terms of other endeavors, she has also acted on many occasions. For instance, she has played various characters in the films The Hot Chick, Pastor Brown, School Gyrls and The Fighting Temptations. On television, she has appeared in a number of shows such as One on One, Girlfriends, Moesha, and Celebrity Swap

No, as far as we know, Angie Stone is not married. In the past, she was married to Lil’Rodney C! of Funky Four Plus One fame.

Does Angie Stone Have Any Children?

Yes, she has a daughter named Diamond who was born from her marriage to Rodney Stone, and a son named Michael D’Angelo Archer II.

Does Angie Stone Go to College?

Though not much is known about Angie Stone’s education background, it’s assumed that she has not gone to college.

What is Angie Stone Famous For?

Angie Stone initially rose to fame as a member of the hip-hop trio The Sequence in the ‘70s. Since then, she has made herself known as a solo recording artist with many successful albums and singles.

Originally from South Carolina, she currently resides in Atlanta, Georgia with her two grown children. We do not have any additional information at this time.

What Kind of Car Does Angie Stone Drive?

We do not have any information on Angie Stone’s vehicle.

How Much Money Did Angie Stone Make Last Year?

Details on Angie Stone’s 2017 salary is not available at this time.

As mentioned earlier, she most recently released an album titled, Covered in Soul in 2016. Her first release with Goldenlane Records, it spawned the single, These Eyes.

What’s the singer up to nowadays? If you’re curious, why not follow her official social media accounts? You can find her on Twitter at @AngieStone or on Instagram at @TheAngieStone. While you’re at it, don’t forget to check out her Facebook fan page for the latest news and updates.