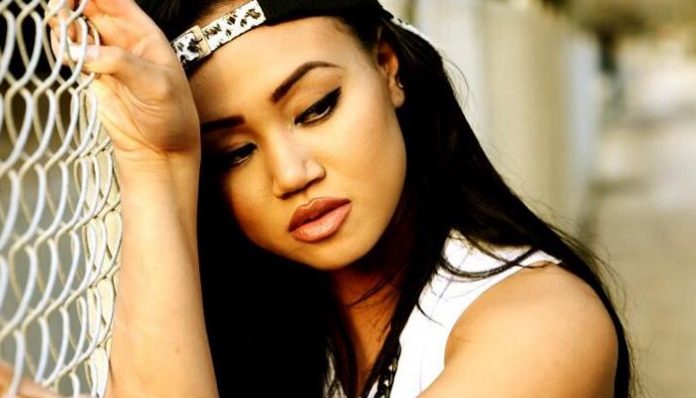 A rising star, Cymphonique Miller is best known for her portrayal of Kacey Simon in the Nickelodeon sitcom, How to Rock. Some of the other series that she’s appeared in include The Troop, Big Time Rush, Just Jordan, and True Jackson, VP. As a voice actress, she has also worked on the titles, Phineas and Ferb and Winx Club.

The daughter of Master P, she has also followed in his footsteps to become a singer. Through her father’s record label, she released her debut album, Passion in 2013. Since then, she has come out with a second project titled, No Days Off, which has given rise to half a dozen new tracks.

How rich is the 22-year-old performer? How much was she paid for her starring role in How to Rock? How lucrative is her singing career? According to some sites, Cymphonique Miller’s 2018 net worth is approximated at $2 million. What does she owe her wealth to? Let’s have a look.

How did Cymphonique Miller Make Her Money & Wealth?

Born on August 1, 1996, in Los Angeles, California, Cymphonique Miller is the daughter of Percy Robert Miller aka Master P and Sonya C. Miller. One of seven children, she has six siblings including popular rapper, Romeo Miller. At the age of eleven, she made her acting debut in an episode of the Nickelodeon sitcom, Just Jordan.

Continuing to act over the next few years, the actress appeared in several other titles including the films Scarecrow Joe, Internet Dating, and Opposite Day. From 2008 to 2009, she also voiced a recurring character in the animated series, Phineas and Ferb.

In 2012, she began to star in the teen sitcom, How to Rock, which caused her popularity to take off. Based on a novel, the series centers around a popular teen named Kacey Simon (played by Miller), whose status goes down after she finds herself having to wear glasses and braces. The big break that she had been waiting for, it premiered in the United States on February 4, 2012.

Well received among teen audiences, the series premiere attracted more than 3 million viewers in the United States. Despite that, however, it was ultimately canceled after one season due to declining ratings. Unfortunately, it’s not known how much Miller was paid for playing the lead role on the show.

Since then, she has worked on a few other titles including Winx Club and Winx Club: Beyond Believix. In 2013, she also appeared in the film, The Dempsey Sisters, which starred Antwon Tanner, Lynn Whitfield, and Denyce Lawton.

In addition to her acting career, which obviously contributes to her overall income, the twenty-something is also an established singer. In 2013, she released her debut album, Passion through her father’s record label, No Limit Forever. Made available via digital download, it consisted of eleven tracks including Thinking About You, Do It Right and Murda She Wrote, among others.

More recently, she came out with a second album titled, No Days Off on January 22, 2018. Her first new project in five years, it gave rise to seven new songs, several of which are available for streaming online.

No, Cymphonique Miller is currently single. In the past, she was in a relationship with Jacob Latimore.

Does Cymphonique Miller Have Any Children?

No, Cymphonique Miller does not have any children that we know of.

Does Cymphonique Miller Go to College?

No, as far as we know, Cymphonique Miller has not attended college.

What is Cymphonique Miller Famous For?

Cymphonique is best known for playing the lead protagonist, Kacey Simon, in the teen sitcom, How to Rock, which aired on Nickelodeon in 2012.

As far as we can tell, Cymphonique Miller currently resides in LA. We do not have any pictures of her home at this time.

What Kind of Car Does Cymphonique Miller Drive?

Information on Cymphonique Miller’s vehicle is not available.

How Much Money Did Cymphonique Miller Make Last Year?

Details on Cymphonique Miller’s 2017 salary is not available at this time.

Earlier this year, the singer released her second album, No Days Off on January 22, 2018. Her first new project in five years, it gave rise to seven new tracks including Since Jordan, Hold You Down and Can’t Wait.

What’s the actress/singer up to? If you’re a fan, why not check out Cymphonique Miller’s social media accounts? You can find her on Twitter at @Cymphonique and on Instagram at @Officialcymphonique. On Facebook, she also has an official fan page that you can check out here.