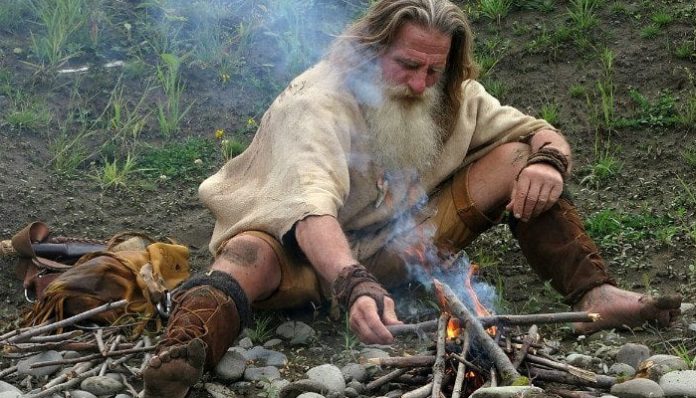 A television personality, Mick Dodge aka “The Barefoot Sensei” is best known for his appearances in The Legend of Mick Dodge. Premiered in 2014, the reality series centers around his unusual life dwelling in Washington’s Hoh Rain Forest. Responsible for his rise to fame, the show continued for three seasons, that last of which was released on DVD.

Part warrior, survivalist, and philosopher, he has gained a significant fan base over the years. For instance, he has gained more than 11,000 fans on Facebook—despite having left the modern world in the early ‘90s.

How wealthy is the TV star? How much did he make from The Legend of Mick Dodge? What was his salary? Is he involved with any other ongoing projects? According to some sites, Mick Dodge has a current net worth of $150,000. How much of this came from his work on television? Let’s have a look below.

How did Mick Dodge Make His Money & Wealth?

Born on August 29, 1951, Mick Dodge in Washington’s Olympic Peninsula, he spent many summers there as a young boy with his grandparents. Growing up, he traveled the country frequently due to his father’s career in the U.S. Marines. Later moving to a Marine base in Okinawa, Japan, he attended Kubasaki High School, where he trained in martial artists. Upon graduating, he followed in his father’s footsteps and joined the Marine Corp. Following his military service, which lasted close to six years, he spent some time traveling across Southeast Asia.

Upon returning to the United States, he worked as a mechanic for several years in Fort Lewis, Washington. Ultimately, it was then that he learned how to construct various tools and equipment. Stressed with modern living, however, he decided to leave the modern world in 1991. Retreating to the dense forest of Washington, he shed his shoes and began to live barefoot—a decision that he believes has helped cure him of back pain and plantar fasciitis.

In 2014, he began to star in a reality series titled, The Legend of Mick Dodge. Premiered on the National Geographic Channel, the show revolved around his unusual lifestyle in Washington’s Hoh Rain Forest. Well received, the program proved to be popular among viewers, many of whom were admittedly, interested in his unique way of life.

Following the end of the first season, a second was commissioned by the network, which premiered in the fall of 2014. Since then, a third season was released exclusively on DVD. Unfortunately, information regarding his salary on the show has not been disclosed to the public. As far as we know, he has not appeared in any other TV programs as of 2018.

In terms of other projects, Dodge does have an online store, which you can visit here. Looking at the page, a variety of items are available from leather purses to t-shirts. Aside from that, the TV personality also takes part in public events from time to time, though it doesn’t look like he has any scheduled for the next few months.

No, as far as we know, Mick Dodge is currently single and not married.

Does Mick Dodge Have Any Children?

No, Mick Dodge does not have any children that we know of.

Does Mick Dodge Go to College?

No, Mick Dodge has not gone to college. Following high school, he joined the U.S. Marines, after which he began to work as a mechanic in Washington.

What is Mick Dodge Famous For?

Mick Dodge is best known for his appearances on National Geographic Channel’s reality series, The Legend of Mick Dodge, which premiered in the U.S. in 2014.

Mick Dodge continues to reside in the wilderness of Washington’s Hoh Rain Forest. We do not have any pictures available at this time.

What Kind of Car Does Mick Dodge Drive?

As far as we can tell, Mick Dodge does not drive.

How Much Money Did Mick Dodge Make Last Year?

Information on Mick Dodge’s 2017 salary is not available.

As far as we can tell, he has not appeared on television since the end of The Legend of Mick Dodge in 2015.

What’s the television personality up to nowadays? Believe it or not, despite having left the modern world, you can find him on Facebook—that’s right, he has an official fan page that you can check out here. Unfortunately, however, he is not active on other platforms such as Twitter and Instagram.