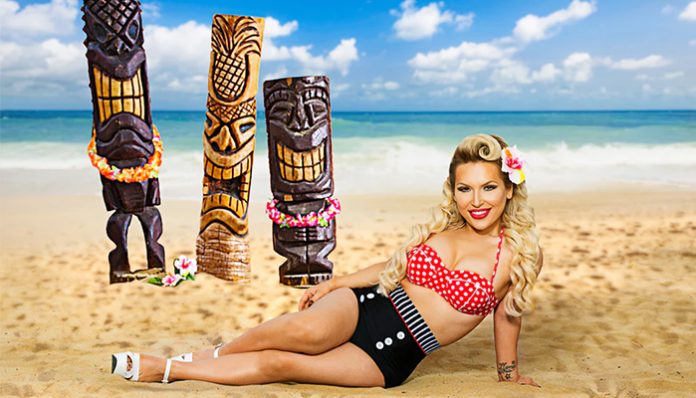 A reality star, Elena Cant is best known for her appearances on Lifetime’s Little Women: LA. One of the original cast members, she has starred on the show since it first premiered in 2014. As of 2018, there are seven seasons.

Since her rise to fame, she has been featured in several other television programs such as Reality Relapse, RuPaul’s Drag Race and Chelsea Lately, to name a few. As an actress, she has also played a few roles in the films Non-Stop to Comic-Con, It’s Gawd! and Bloodsucka Jones vs. The Creeping Death.

How wealthy is the TV personality? How much is she paid as a regular on Little Women: LA? What other projects is she involved with? According to some sites, Elena Gant’s 2018 net worth stands at around $2 million. What does she owe her wealth to? Let’s have a closer look at her career below.

How did Elena Gant Make Her Money & Wealth?

Born on July 14, 1987, in Russia, Elena Gant traveled to the United States for the first time at the age of sixteen. Wanting to pursue an entertainment career, she later moved to California. Diagnosed with a type of dwarfism, she stands at 4’3”. Prior to landing a role on Little Women: LA, she opened a show for Britney Spears in Las Vegas. Shortly afterward, she made an appearance on Access Hollywood as “Mini Britney Spears.”

Premiered on May 27, 2014, Little Women: LA follows the lives of a group of little women in Los Angeles, California. One of the original cast members, Gant has been featured in the series since season one, alongside Terra Cole, Christy McGinty Gibel, Briana Mason, and Tonya Banks. Relatively popular, the first episode had attracted nearly one million viewers in the U.S.

Responsible for her rise to fame, the show has since been renewed for several seasons. In fact, the seventh season had just recently wrapped up on July 25, 2018. How much is she paid as a regular cast member on Little Women: LA? According to some sites, Gant receives $2,000 per episode. Seeing as how she has starred in all seven seasons, she would have easily already earned hundreds of thousands of dollars from the franchise.

Since her rise to fame on the reality show, she has been featured in a number of other titles including The Playboy Morning Show, RuPaul’s Drag Race, Little Talk Live: Aftershow and Chelsea Lately. At one point, she also presented the Reality Television Awards in 2015.

In terms of other projects, she has also ventured into acting in the recent years. In 2016, she made her film debut in Non-Stop to Comic-Con. Since then, she has also played a minor role in Bloodsucka Jones vs. The Creeping Death, which was released in 2017.

Outside of the showbiz, she also has her own line of makeup and clothing. Considering everything, it’s likely that her business ventures contribute a fair amount to her overall income.

Yes, the reality star has been married to Preston Gant, an actor and musician since 2014.

Does Elena Gant Have Any Children?

Does Elena Gant Go to College?

Unfortunately, not much is known about Elena Gant’s education background at this time. As far as we can tell though, he has not attended college.

What is Elena Gant Famous For?

Elena Gant rose to fame after being cast in the reality series, Little Women: LA. Her most prominent television credit to date, it has since continued for seven seasons and counting.

As implied by the show that she stars in, Elena Gant lives in Los Angeles with her husband and two children. We do not have any pictures of her home at this time.

What Kind of Car Does Elena Gant Drive?

How Much Money Did Elena Gant Make Last Year?

Details on Elena Gant’s 2017 salary is not available at this time.

Earlier this year, she starred in the seventh season of Little Women: LA, which ran from March 21, 2018, to July 25, 2018. So far, it’s unknown whether or not the reality series will be renewed for an eighth season.

What’s the reality star up to? If you’re a fan, be sure to catch her online—you can find Elena Gant on Instagram at @Gantelena and on Twitter at @ElenaGant. For the latest news and updates, you can also check out her official Facebook fan page here.