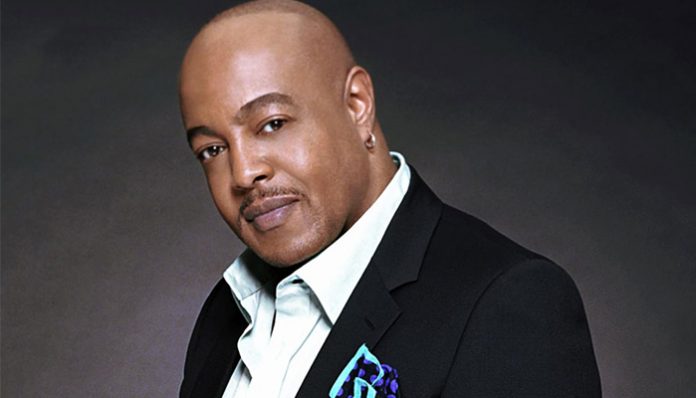 A well-known singer-songwriter, Peabo Bryson has been recording music since the late ‘70s. Over the years, he has released numerous albums including Reaching for the Sky, Crosswings and Can You Stop the Rain, all of which have gone gold in the U.S.

In addition to his solo efforts, he has done many collaborations throughout his career. For instance, he collaborated with Natalie Cole on the album We’re the Best of Friends in 1979. At one point, he also worked with Roberta Flack on Born to Love, which charted on the Billboard 200.

How wealthy is the musician? Has he released any new records lately? How successful is his music career? According to some sources, Peabo Bryson has amassed a net worth of $10 million as of 2018. From what did he earn the majority of this from? Is he involved with any other ventures? Let’s find out.

How did Peabo Bryson Make His Money & Wealth?

Born on April 13, 1951, in Greenville, South Carolina, Peabo Bryson grew up on his grandfather’s farm in Maudlin with his three siblings. Passionate about music, he made his professional debut at the age of fourteen as a backup singer for a local Greenville group called Al Freeman and the Upsetters. Two years later, he would leave home to tour with another local band.

With a bit of luck, Bryson eventually caught the attention of a general manager at Bang Records. Signing to the label, he released his debut album, Peabo in 1976. A relative success, it managed to peak at number 48 on the US Top Soul Albums chart.

Two years later, his popularity soared with the release of his second album, Reaching for the Sky. Produced by Richard Evans and Bryson himself, it gave rise to eight tracks including Love From Your Heart, You Haven’t Learned About Love, Have a Good Time and A Fool Already Knows. Well received, it eventually went gold in the United States with over 500,000 sales.

By the early ‘80s, he had released several other projects including Crosswings, Paradise, I Am Love and We’re the Best of Friends, the last of which was a collaboration with Natalie Cole. Continuing to record music, Bryson regularly came out with new albums over the next decade, most of which charted in the U.S. Some of his most popular singles from this period include If Ever You’re in My Arms Again, D.C. Cab, Love Always Finds a Way and Take No Prisoners.

In terms of his more recent releases, he dropped two albums—Christmas with You and Missing You in the 2000’s. Earlier this year, he also came out with Stand for Love, his first new project in over a decade. Released on August 3, 2018, it consisted of nine tracks including Smile, Exotic, Stand for Love and Looking For Shade.

In terms of television appearances, the singer has acted on a few occasions. For instance, he has played various roles in Fame, Soul Train, King of the Hill and Boo Boo Bandits.

Peabo Bryson has been married to his wife Tanya Boniface for many years. Previously, he was engaged to Juanita Leonard.

Does Peabo Bryson Have Any Children?

Yes, he has a son named Robert with his wife, who was born earlier this year on January 1, 2018.

Does Peabo Bryson Go to College?

No, as far as we know, Peabo Bryson has not attended college. Instead, he had embarked on a music career at a young age.

What is Peabo Bryson Famous For?

Peabo Bryson is best known for his solo music career. The winner of two Grammy Awards, he has contributed to three Disney soundtracks in the past.

Peabo Bryson currently lives in Atlanta, Georgia, according to his official Twitter account. We do not have any pictures of his home at this time.

What Kind of Car Does Peabo Bryson Drive?

How Much Money Did Peabo Bryson Make Last Year?

Details on Peabo Bryson’s 2017 salary is not available at this time.

As mentioned earlier, the singer recently released an album titled, Stand for Love on August 3, 2018. His first album in over a decade, it consisted of nine tracks including Exotic, Stand For Love, Looking For Sade, and All She Wants To Do Is Me.

What’s the singer up to nowadays? If you’re a fan of his music, be sure to follow him on social media—you can find Peabo Bryson on Twitter and Instagram at @PeaboBryson2. For the latest updates, you can also check out his official Facebook fan page here.