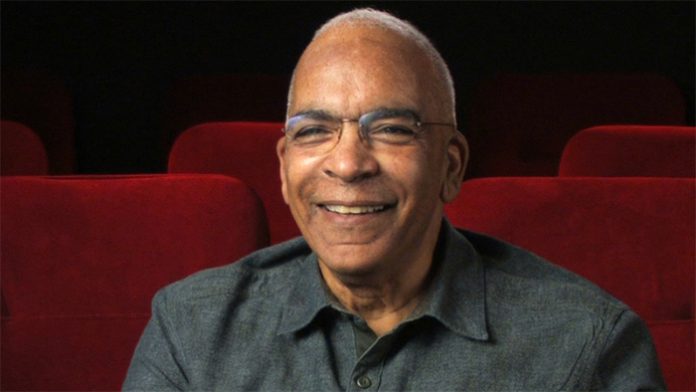 A television producer, Stan Nathan is perhaps best known for his work on BET’s Real Husbands of Hollywood. Premiered in 2013, the series continued for five seasons before ending in 2016. Some of the other shows that he’s worked on include Deep in the Heart of Texas and The Age of Spin, the former of which was released on Netflix in 2017.

Some of the other shows that he’s worked on include Deep in the Heart of Texas, The Age of Spin, Remington Steele, The Soul Man, and Def Comedy Jam. Last year, he also directed the TV special Dave Chappelle: Equanimity, which went on to earn him a Primetime Emmy Award nomination.

How well-off is the producer? How successful is he in the showbiz industry? How much does he make per show? According to sources, Stan Lathan’s current net worth sits at approximately $10 million. Where did he earn most of this from? Let’s find out below.

How did Stan Lathan Make His Money & Wealth?

Born on July 8, 1945, in Pennsylvania, Stan Lathan grew up in Philadelphia with his two brothers, William and Charles. After graduating from Overbrook High School in 1963, he went to Pennsylvania State University, where he studied theatre. From there, he enrolled at Boston University for a master’s degree. Not long afterwards, he was recruited by WGBH-TV to help create Say Brother, the country’s first magazine produced by and for African-Americans.

Around that same time, he produced his first television series, Soul! in 1968. By the end of the ‘70s, he had an impressive list of credits to his name including That’s My Mama, Sanford and Son, James at 16, Shirley and The Waltons. In 1989, he created the stand-up comedy franchise, Def Jam Comedy alongside Russell Simmons.

Since then, Lathan has directed a number of well-known sitcoms including Moesha, The Steve Harvey Show, Cedric the Entertainer Presents, and The Soul Man. Not only that, but he’s worked on a number of TV specials such as Alvin Ailey: Memories & Visions, The American Short Story and American Playhouse.

In 2013, he began to work on Real Husbands of Hollywood, a reality parody on BET. Co-created by Kevin Hart, the series follows the lies of him and several other marries celebrities, each of whom plays a fictionalized version of themselves. Well received, it continued for five seasons—all of which saw Lathan as one of the executive producers. Unfortunately, it’s hard to say how much he’s earned from the series at this time.

Though he mostly works behind-the-scenes, he himself has also appeared on television a handful of times. For instance, he’s been featured in the programs Unsung Hollywood, Meet the Peetes and Mr. Soul. In 2007, he was also present for the Screen Nation Television and Film Awards.

Yes, he has been married to Marguerite Nathan since 1982. His second marriage, he was previously married to Eleanor McCoy from 1970 to 1977.

Does Stan Lathan Have Any Children?

Yes, he has five children—a son named Tendaji and four daughters named Liliane, Colette, Arielle and Sanaa, the last of whom is a famous actress.

Does Stan Lathan Go to College?

Yes, he did. After finishing high school in 1963, he went to Pennsylvania State University, where he studied theatre. From there, he pursued a master’s degree at Boston University.

What is Stan Lathan Famous For?

Stan Lathan is perhaps best known for his work on BET’s reality parody, Real Husbands of Hollywood. Premiered in 2013, it ran for five seasons before ending in 2016.

Unfortunately, we do not have any information on Stan Lathan’s location at this time.

What Kind of Car Does Stan Lathan Drive?

Details on Stan Lathan’s vehicle is not available at this time.

How Much Money Did Stan Lathan Make Last Year?

Unfortunately, we do not have any information on Stan Lathan’s 2017 earnings at this time.

Earlier this year, he received a second Primetime Emmy Award nomination for his contributions to the TV special, Dave Chappelle: Equanimity, which came out in 2017. Some of his other recent works include All Def Comedy, The Comedy Gets Down and Real Husbands of Hollywood.

Unfortunately, it doesn’t look like Stan Nathan is active on social media at this time. For the latest news and updates on his work, you can check out his official IMDb page here.