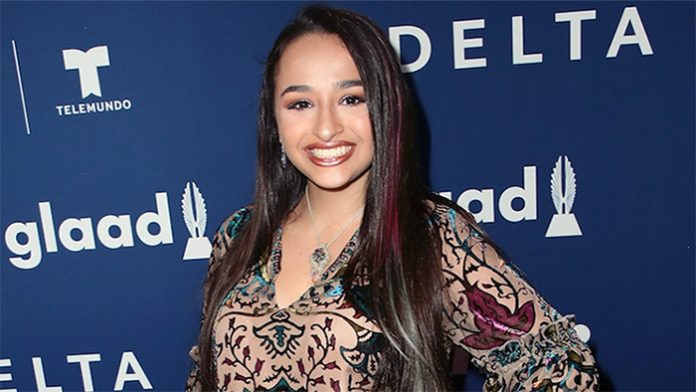 Hailing from Florida, Jazz Jennings is one of the youngest individuals to identify as transgender. Over the years, her story has been covered by many national TV shows such as The Rosie Show and 20/20. Since 2015, she and her family have also starred in their own TLC reality series called, I Am Jazz.

A social media phenomenon, she has gained a significant fan base on platforms such as Twitter and Instagram. On YouTube, the brunette has also amassed more than 544,000 (and counting) subscribers. If anything, her reality show has only boosted her popularity in the recent years.

How wealthy is the teen star? How much does she make from the TLC series? What other sources of income does she have? According to what we could find online, Jazz Jennings’ current net worth stands at approximately $500,000. Where did she earn the majority of this from? Let’s have a look.

How did Jazz Jennings Make Her Money & Wealth?

Born on October 6, 2000, in South Florida, Jazz Jennings is the daughter of Jeanette and Greg Jennings. The youngest of four children, she has a sister named Ari and two older brothers named Griffen and Sander. Officially diagnosed with gender identity disorder at the age of five, she became one of the youngest documented individuals to identify as transgender. In 2006, she and her family began to share her story on various television shows.

A year later, she and her parents founded the TransKids Purple Rainbow Foundation, which aims to assist transgender youth. Later in 2011, she and her family starred in a documentary titled, I Am Jazz: A Family in Transition. From there, she founded Purple Rainbow Tails, a company which raises money for transgender children by fashioning rubber mermaid tails.

In 2015, she gained further notoriety after being given her own reality series, I Am Jazz. Premiered on TLC, it centers around her and her family as they deal with “typical teen drama through the perspective of transgender youth.” Met with positive reviews, the first episode had drawn in over 1.36 million viewers in the United States. Despite the fact that the ratings have dipped since, the network recently announced that the show has been renewed for a fifth season, which will air in 2019.

Considering everything, it’s likely that Jazz and her family earns a decent amount from the show. With that said, we do not have the exact numbers at this time.

Aside from her work on television, she is also a social media personality with well over a million followers online. For instance, she has been running her own self-titled YouTube channel, which has gained over 544,000 subscribers to date. Seeing as how most of her videos earn tens of thousands of views, if not more, it’s probably fair to assume that she yields some amount of earnings from ad revenue.

Likewise, she also has a significant fan base on Instagram and Twitter. Given the audience that she has on the platforms, it wouldn’t be surprising if she receives endorsement contracts on a regular basis.

No, Jazz Jennings is not married. As far as we know, she is currently single.

Does Jazz Jennings Have Any Children?

No, Jazz Jennings does not have any children that we know of.

Does Jazz Jennings Go to College?

What is Jazz Jennings Famous For?

Jazz Jennings is perhaps best known for being one of the youngest transgender figures in the United States.

Jazz Jennings currently lives with her family in South Florida. We do not have any additional information on her location at this time.

What Kind of Car Does Jazz Jennings Drive?

Information on Jazz Jennings’ vehicle is not available at this time.

How Much Money Did Jazz Jennings Make Last Year?

Details on Jazz Jennings’ 2017 salary is not available.

Most recently, the teen starred in the fourth season of her reality series, I Am Jazz, which aired from January 2, 2018, to February 20, 2018. Despite a decline in viewership, TLC renewed the title for a fifth season in August 2018.

Outside of television, she has, of course, also been active on her many social media accounts.

Want to know what the teen is up to? If so, be sure to catch her on social media—you can find Jazz Jennings on Twitter at @JazzJennings__ and on Instagram at @JazzJennings_. On Facebook, you can also find the latest news and updates on her official fan page here.