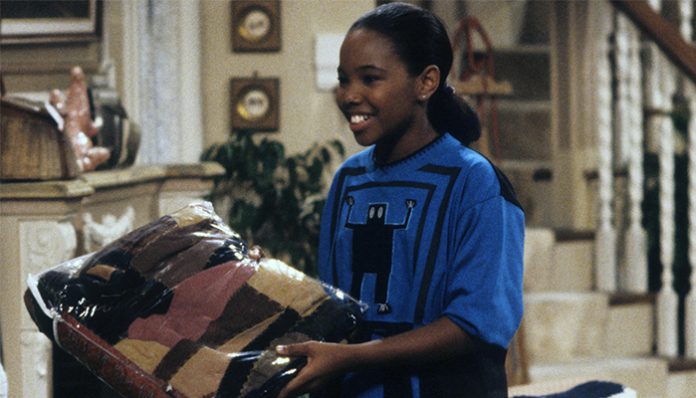 An American actress, Kellie Shanygne Williams is best known for playing Laura Lee Winslow in the ABC sitcom, Family Matters. One of the main cast members, she starred in all nine seasons from 1989 to 1998. To this day, it remains to be her most prominent acting credit.

Since then, she has appeared in several other series such as The Parkers, Eve, Girlfriends and After All. In 2000, she also joined the cast of What About Joan?, which ran for two seasons. Despite the popularity that she had, however, she hasn’t taken on any roles since 2011.

How wealthy is the actress today? How much was she paid for her starring role in Family Matters back in the ’90s? How successful was she in the showbiz? According to some sites, Kellie Shanygne Williams’ net worth stands at approximately $2 million. Aside from acting, which she has seemingly retired from, what else contributes to her income?

How did Kellie Shanygne Williams Make Her Money & Wealth?

Born on March 22, 1976, in Washington, D.C., Kellie Shanygne Williams is the oldest of three children; she has a younger sister named Marti and a younger brother named Donte. Like many in the showbiz, she launched her career at a young age—initially as a fashion model. By the time she was in her early teens, she had appeared in many stage productions including Goin’, Butterfingers Angel, Joe Turner’s Come and Gone and The Colored Museum.

In 1989, she was cast as one of the main protagonists in the CBS sitcom, Family Matters. Created by Michael Warren and William Bickley, the series revolved around the middle-class Winslow family in Chicago, Illinois. Her acting debut, Williams played the starring role of Laura Lee Winslow, the daughter of the family. Other members of the main cast included Reginald VelJohnson, Rosetta Lenoire, Jo Marie Payton, Jamie Foxworth, and Darius McCrary.

Popular among viewers, the first season had drawn in millions of viewers in the United States. Unsurprisingly, its success led it to be renewed multiple times by the network. In the end, Family Matters continued for nine seasons from 1989 to 1998. The second longest-running non-animated sitcom in the country with a predominately African-American cast, it remains to be the actress’ best-remembered television credit to date.

Despite that, however, details about her salary on the show has not been revealed to the public. Seeing as how she starred in the sitcom for nearly a decade though, it’s likely that she had pulled in a decent amount of earnings from the title.

As far as other acting works go, she has appeared in several other television series over the years including Moesha, The Parkers, Eve, In the Mix, Girlfriends, and Steppin: The Movie. At one point, she also played a main role in the comedy, What About Joan from 2000 to 2001.

Outside of acting, she has been featured in several TV programs such as Clean House, The Test, Maury and I Love the ‘90s. Most recently, she participated in the reality series, Celebrity Wife Swap in 2015.

Yes, the actress has been married to Hannibal Jackson since 2009.

Does Kellie Shanygne Williams Have Any Children?

Unfortunately, not much is known about Kellie Shanygne’s education background at this time. As far as we know though, she has not gone to college.

What is Kellie Shanygne Williams Famous For?

Kellie Shanygne Williams is best known for playing Laura Lee Winslow, the middle child, in the American sitcom, Family Matters, which ran from the late ‘80s to ‘90s.

Unfortunately, information on Kellie Shanygne Williams’ location is not available at this time.

What Kind of Car Does Kellie Shanygne Williams Drive?

How Much Money Did Kellie Shanygne Williams Make Last Year?

Details on Kellie Shanygne Williams’ 2017 salary is not available at this time.

According to IMDb, the actress has not acted since the early 2010’s, her last appearance being in that of the short film, Aide-de-Camp. In 2015, however, she did appear in a reality series, Celebrity Wife Swap.

What’s the Family Matters star up to nowadays? If you’re a fan, why not connect with her on social media? You can find Kellie Shanygne Williams on Instagram and Twitter at @Kellieswilliams. For the latest updates and news, you can also check out her official Facebook fan page here.