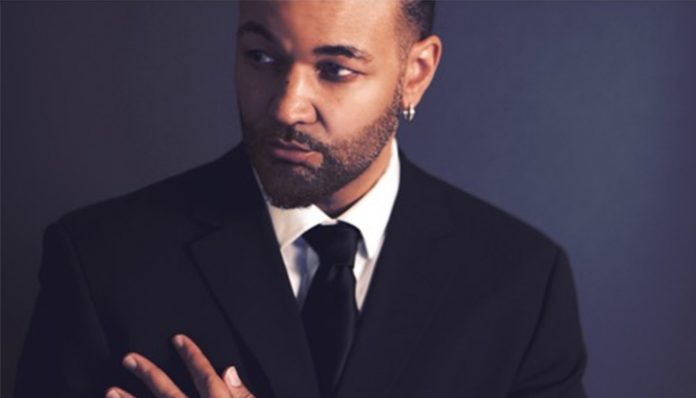 An American singer-songwriter, Keri Lewis rose to fame as a member of the R&B band Mint Condition in the early ‘90s. At the peak of their career, they released many albums including Meant to Be Mint, Definition of a Band, Life’s Aquarium and From the Mint Factory, all of which charted in the United States.

Previously married to Toni Braxton, he had left the group in the early 2000’s to help produce her music. In the years since, he has been featured in a few television programs such as Soul Train, Intimate Portrait and Unsung.

How wealthy is the former recording artist? How successful was his career with Mint Condition? What is he up to nowadays? Unfortunately, we do not have information on Keri Lewis’ 2018 net worth at this time. With that said, let’s take this opportunity to have a closer look at some of his accomplishments.

How did Keri Lewis Make His Money & Wealth?

Born on February 12, 1971, in Minnesota, Keri Lewis grew up in Saint Paul, where he went to Central High School. Ever since he was young, he has been passionate about music; in fact, he and his keyboard were nearly inseparable during his childhood. In the 1980’s, he was invited to join an R&B band called Mint Condition.

In 1991, the band released their debut studio album, Meant to be Mint through Perspective Records. Consisting of 12 tracks, it gave rise to many hits including Here We Go Again, Try My Love, Outta Time, Outta Mind and She’s a Honey, all of which were co-written by Lewis. Met with praise, the album later peaked at number 63 on the Billboard 200 in the United States.

A couple of years later, they followed up with a second project titled, From the Mint Factory. Recorded between 1992 and 1993, the album consisted of sixteen tracks including Back to Your Lovin’, U Send Me Swingin, Nobody Does It Betta and Fidelity. Though not as successful as their debut effort, it managed to reach as high as number 104 on the Billboard 200.

By the end of the ‘90s, Mint Condition had released two additional albums—Definition of a Band and Life’s Aquarium, both of which charted among the Top 100 on the Billboard 200. Some highlights include the singles What Kind of Man Would I Be?, Let Me Be the One and If You Love Me. Considering how popular they were, it’s likely that Lewis had earned a significant amount from their work together.

In 2001, Lewis married singer-songwriter, Toni Braxton. In order to help her produce music, he announced that he would be leaving the R&B group. In the end, the two remained together for twelve years until 2013. During that time, they gave birth to two children, Diezel Braxton-Lewis and Denim Cole Braxton-Lewis.

What has he been up to? According to IMDb, he has been featured in a few TV shows since the 2000’s including Intimate Portrait, Unsung and Soul Train. In 2013, he also worked on the soundtrack for the television movie, Twist of Faith.

Does Keri Lewis Have Any Children?

Does Keri Lewis Go to College?

No, as far as we know, Keris Lewis has not gone to college.

What is Keri Lewis Famous For?

Keri Lewis rose to fame in the ’90s as a member of the R&B band Mint Condition. For many years, he was also known as Toni Braxton’s husband.

According to Keri Lewis’ official Twitter account, he currently resides in Los Angeles. We do not have any pictures of his abode at this time.

What Kind of Car Does Keri Lewis Drive?

How Much Money Did Keri Lewis Make Last Year?

Details on Keri Lewis’ 2017 salary is not available at this time.

Since his divorce with Toni Braxton in 2013, Lewis has mostly stayed out of the public eye. According to IMDb, he last appeared in the television documentary series, Unsung.

What’s the singer-songwriter up to nowadays? If you’re a fan, be sure to follow Keris Lewis on his social media accounts—you can find him on Twitter at @KeriJLewis or on Instagram at @_Keri_Lewis_. As far as we know, he does not have an official Facebook page at this time.