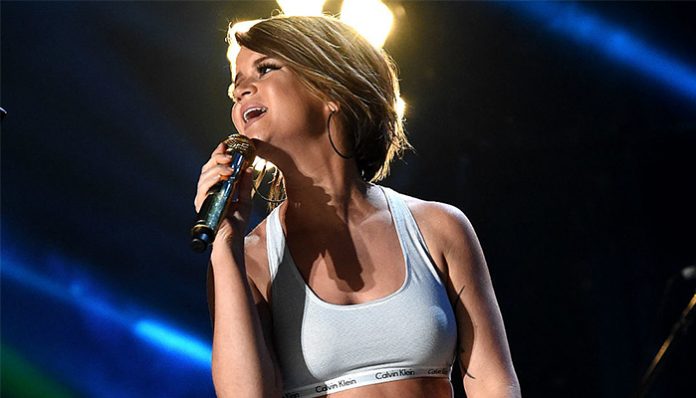 An award-winning country music singer, Maren Morris has been coming out with songs since the mid-2000’s. With that said, it wasn’t until the release of her debut EP in 2015, that she rose to prominence.

Since then, she had come out with several other records including an album titled, Hero, which peaked at number five on the Billboard 200. Some of her most popular singles to date include My Church, I Could Use a Love Song and 80s Mercedes, all of which have received RIAA accreditation. Most recently, she came out with Rich in February 2018.

How many records has she sold altogether? How lucrative is her music career? How wealthy is the recording artist? According to various sites, Maren Morris has amassed a net worth of $300,000 as of 2018. Where did she earn the majority of this from? How many streams of income does she have? Let’s find out.

How did Maren Morris Make Her Money & Wealth?

Born on April 10, 1990, in Arlington, Texas, Maren Morris has been fond of music ever since she was young. Growing up, she not only honed her writing skills by penning poems but often performed karaoke songs at her parents’ parties as well. By the time she was twelve, she had received a guitar from her father; with the stringed instrument, she eventually began to write her own tunes and perform local gigs.

In 2005, she released her debut album, Walk On through Mozzi Blozzi. Over the next few years, she dropped a few additional titles including All That I Takes and Live Wire. However, it wasn’t until her major label debut in the mid-2010’s, that she rose to prominence in the music community.

Signing to Columbia Records, she came out with her debut EP, Maren Morris in 2015. Responsible for her rise to fame, it gave rise to five tracks including My Church, 80s Mercedes, I Wish I Was, Company You Keep and Drunk Girls Don’t Cry. Well received, the extended play later peaked at number 96 on the Billboard 200 and at the top of the US Heatseekers chart.

On a roll, Morris came out with her major label album titled, Hero not long afterward in 2016. Preceded by the single My Church, it debuted on the Billboard 200 at number five with 45,000 sales. Hailed as “an outstanding country music debut” by The New York Times, the album has since been considered one of the best works of 2016. One of her most successful records to date, it had also earned her a Grammy Award nomination for Best Country Album in 2017.

In addition to her studio albums and singles, both of which contribute to her overall income, the singer also puts on shows on a regular basis. In fact, she recently hit the road last year in support of her major label debut, Hero. More recently, she also opened for Niall Horan on her 2018 Flicker World Tour. Earlier this summer, it was also announced that she will be participating in Brandi Carlile’s upcoming music festival in January 2019.

Yes, she recently married Ryan Hurd, a fellow singer, in March 2018, after dating for close to three years.

Does Maren Morris Have Any Children?

No, Maren Morris does not have any children that we know of.

Does Maren Morris Go to College?

Yes, she went to the University of North Texas after finishing high school.

What is Maren Morris Famous For?

Maren Morris rose to fame in the mid-2010’s with the release of her debut EP, Maren Morris in 2015. Since then, her popularity has only been increasing.

What Kind of Car Does Maren Morris Drive?

Details on Maren Morris’ vehicle is not available at this time.

How Much Money Did Maren Morris Make Last Year?

Unfortunately, we do not have any information on Maren Morris’ 2017 earnings at this time.

For the past few months, Maren Morris has been supporting Niall Horan on his 2018 Flick World Tour, which is scheduled to run until September 23, 2018, in West Palm Beach.

In 2019, the singer will also be featured as one of the performers at Brandi Carlile’s music festival, Girls Just Wanna Weekend.

What’s the Grammy winner up to nowadays? If you’re a fan, why not keep up with her on social media? You can find Maren Morris on Twitter and Instagram at @MarenMorris. Like most celebrities, she also has an official Facebook fan page, which you can visit here for the latest updates.