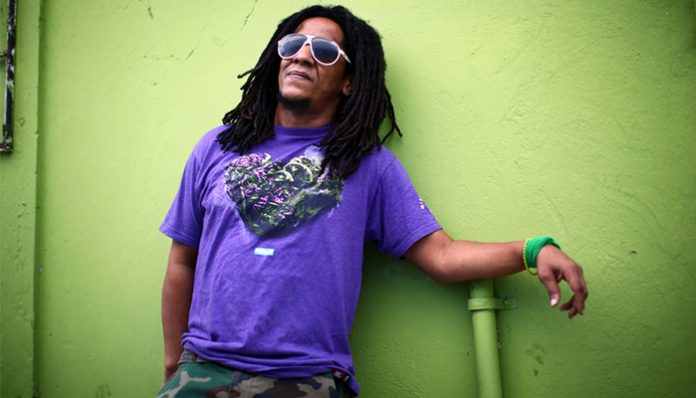 A Puerto Rican hip-hop artist, Tego Calderon launched his music career with the release of his debut album, El Abayarde in 2002. Since then, he has come out with a few other titles including El Abayarde Contraataca, The Underdog, and El Que Sabe, Sabe. Some of his most popular hits include Los Mate, Chillin’, Traditional A Lo Bravo and Quitarte To.

For his contributions to music, he has won numerous accolades including a Latin Grammy Award and two Latin Music Awards. In the late 2000’s, he also received two Grammy Award nominations for Best Latin Urban Album.

How many records has he sold? How lucrative is his hip-hop career? How wealthy is the singer? According to various sites, Tego Calderon’s current net worth stands at an estimated $3.5 million. What other projects is he involved in? We’ll be addressing these questions below, so be sure to stick around if you’re interested.

How did Tego Calderon Make His Money & Wealth?

Born on February 1, 1972, in Santurce, Puerto Rico, Tego Calderon and his family moved to Miami, Florida when he was just a few years old. Influenced by the fact that his parents were fans of Ismael Rivera, he developed a passion for music at a young age. As a teen, he went to Miami Beach Senior High, where he began to study percussion. At one point, he even joined a rock band with whom he recorded several cover songs with, including the works of Led Zeppelin and Ozzy Osbourne.

Years later, after signing to Eddie Dee’s music label, he released his debut album, El Abayarde in 2002. Often considered one of his best works, it had peaked at number 11 on the Latin Pop Albums chart. Noted for having helped revolutionize reggaeton worldwide, the project eventually spawned a handful of singles including Al Natural, Guasa Guasa, Pa’ Que Retozen, Cambumbo, and Abayarde.

His second album, The Underdog/El Subestimado came out four years later in 2006. More hip-hop than reggaeton, it consisted of 23 tracks, many of which feature guest artists such as Yandel, Buju Banton, and Chyno Nyno. Well received, the project had peaked at number 43 on the Billboard 200, as well as at the top of the Latin Rhythm Albums chart in the U.S.

Since then, Calderon has followed up with two additional albums—El Abayarde Contraataca and El Que Sabe, Sabe, both of which were well received. In fact, the former eventually earned him his second Grammy Award nomination for Best Latin Urban Album in 2008.

Aside from his music career, which obviously contributes to his overall income, he has also acted on several occasions. In 2007, he made his acting debut in the film, Illegal Tender. Since then, he has also appeared in Fast & Furious, Fast Five and The Fate of the Furious, the last of which came out in 2017. On television, he has also been featured in a few documentaries such as Jurakan: Nation in Resistance and La Gasoline: Reggaeton Explosion.

Yes, he has been married to his wife Michelle Peterbauer since 2006.

Does Tego Calderon Have Any Children?

Yes, he and his wife have two children together—a daughter named Ebony and a son named Malcolm X.

Does Tego Calderon Go to College?

No, Tego Calderon has not gone to college. Instead, he chose to pursue a music career in his teens.

What is Tego Calderon Famous For?

Tego Calderon rose to fame with the release of his debut album, El Abayarde, which is considered one of the greatest albums in the history of Spanish Reggaeton today.

What Kind of Car Does Tego Calderon Drive?

Details on Tego Calderon’s vehicle is not available at this time.

How Much Money Did Tego Calderon Make Last Year?

Unfortunately, we do not have any information on Tego Calderon’s 2017 earnings at this time.

As far as we can tell, Tego Calderon hasn’t released any new music since No Pasa de Mode in 2016. With that said, he did recently make a cameo in the film, The Fate of the Furious in 2017.