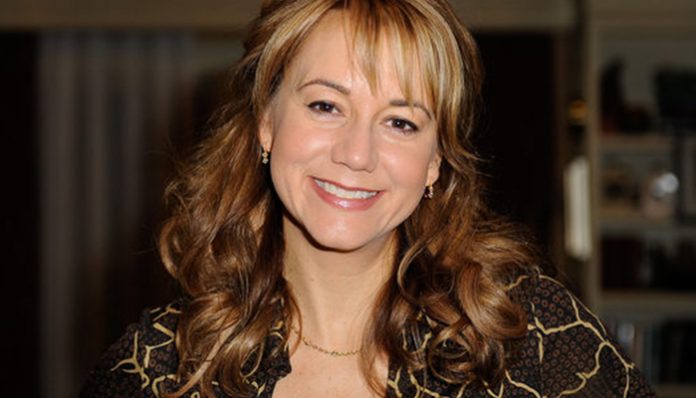 An American actress, Megan Price currently stars in the sitcom The Ranch, which premiered on Netflix in 2016. Some of her other noteworthy roles include Claudia Finnerty in Grounded For Life and Audrey Bingham in Rules of Engagement, both of which ran during the 2000’s.

In addition to her work on television, she has appeared in several films over the years including Mystery, Alaska, Larry the Cable Guy: Health Inspector, The Polar Bears, and A Country Christmas Story. Later this year, she will be starring in the sci-fi movie, Bumblebee: The Movie.

How successful is she in the industry? How wealthy is she? How much is she paid for her acting roles? According to various sites, Megyn Price has amassed a net worth of $4 million as of 2018. Where did she earn most of this from? Is she involved with anything other than acting? Let’s have a look below.

How did Megyn Price Make Her Money & Wealth?

Born on March 24, 1971, in Seattle, Washington, Megan Price grew up in Norman, Oklahoma, where she went to Norman High School. During her time there, she wrote a play titled, Here Comes the Sun, though she had no interest in acting at the time. Upon graduating, she studied at Stanford University, where she majored in economics and communication. Ultimately, it wasn’t until a year after working as an investment banker, that she decided to become an actress.

In 1993, she made her acting debut in an episode of the NBC sci-fi series Quantum Leap. From there, she made a guest appearance in Save by the Bell: The New Class, before joining Common Law as a series regular in 1996. With that said, it wasn’t until the late ‘90s that she started to make herself known after starring in the sitcom LateLine alongside Al Franken, Miguel Ferrer and Ajay Naidu.

A couple of years later, he popularity rose again with Fox sitcom Grounded for Life. Premiered in 2001, it saw her playing the role of Claudia Finnerty, one of the show’s main protagonists. Other members of the main cast included Donal Logue, who played as her on-screen love interest, Kevin Corrigan, Griffin Frazen and Lynsey Bartilson. Unfortunately, it’s not known how much she was paid for her role at this time.

Since then, she has appeared in several other television titles including Drop Dead Diva!, Rules of Engagement and Hometown Hero. Since 2016, she has also been playing a recurring role in the Netflix sitcom, The Ranch.

As far as other projects go, she has also worked on a number of films throughout her career. For instance, she has played various characters in Living in Walter’s World, Larry the Cable Guy: Health Inspector, The Polar Bears, and A Country Christmas Story. Later this year, she will be starring in Bumblebee: The Movie. Outside of acting, she has also been featured in a number of TV programs such as Celebrity Name Game, The Talk, The Pyramid, Good Day L.A., and Chelsea Lately.

Yes, she has been married to her second husband, Edward Cotner, an emergency department physician for many years. Her second marriage, she was previously married to Bill Lawrence.

Does Megyn Price Have Any Children?

Yes, she has a daughter named Grace Cotner.

Does Megyn Price Go to College?

Yes, she attended Stanford University, where she studied communication and economics.

What is Megyn Price Famous For?

Megyn Price is perhaps best known for her starring roles in the sitcoms Rules of Engagement and Grounded for Life. Since 2016, she has also been playing a lead role in the Netflix comedy series, The Ranch.

Megyn Price currently lives in Montecito, California, with her husband. We do not have any pictures of her house at this time.

What Kind of Car Does Megyn Price Drive?

How Much Money Did Megyn Price Make Last Year?

We do not have any information on Megyn Price’s 2017 salary at this time.

Since 2016, she has been playing the part of Mary Roth in the Netflix sitcom, The Ranch. In terms of other recent projects, she will be starring in an upcoming film titled, Bumblebee: The Movie.

What’s the actress up to? If you’re a fan of her work, why not check out her official social media accounts? You can find Megan Price on Twitter at @MegynPrice. On Facebook, she also has a fan page that you can check out here.