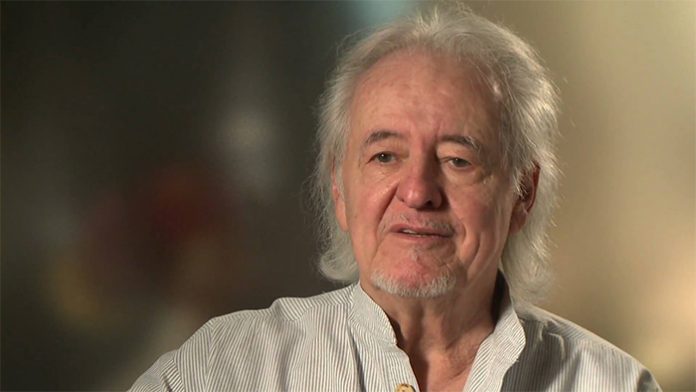 An established actor, Pernell Roberts appeared in over 60 television titles during his career. Best known for his portrayal of Adam Cartwright in Bonanza, he starred in the western series for six years from 1959 to 1965. In the ’80s, he also earned a Primetime Emmy Award for his starring role in Trapper John, M.D.

In addition to appearing in TV dramas, he also worked on a number of films such as The Magic of Lassie, Paco, Checkered Flag, and Ride Lonesome. At one point in the early ‘90s, he even hosted a reality series called FBI: The Untold Stories, which was ultimately short-lived.

How wealthy was he at the time of his death? How much did he make from his starring roles? Though it hasn’t been confirmed, it’s said that Pernell Roberts net worth stood at $10 million. What contributed the most to his wealth? Let’s find out.

How did Pernell Roberts Make His Money & Wealth?

Born on May 18, 1928, in Waycross, Georgia, Pernell Roberts is the only child of Myrtle Roberts and Pernell Elven Roberts, Sr. Fond of the performing arts, he acted in many church and school plays during his teen years. After graduating, he attended Georgia Tech. University briefly, before joining the United States Marine Corps. Skilled at playing the percussion and sousaphone, he was also a member of the Marine Corps Band.

After appearing in a few school productions, he made his professional debut in the stage play, The Man Who Came to Dinner in 1949. From there, he performed with the Arena Stage Theatre while supporting himself by working various jobs for the next two years. Some of the titles that he starred in during that time include The Adding Machine, The Deletable Judge and The Inspector General.

Several years later, he made his big screen debut in the 1958 film Desire Under the Elms. Praised for his performance, it eventually led to another character role in The Sheepman, which also starred Shirley MacLaine and The Sheepman. By the end of the ‘60s, he had added several titles to his resume including Ride Lonesome, The Silent Gun, The Errand Boy.

Continuing to make himself known, he starred in many other films over the next few decades, some of which include Adventures of Nick Carter, The Magic of Lassie, The Night Rider, Incident at Crestridge and Donor. In 1991, he appeared in his final movie, Checkered Flag.

Aside from his Hollywood career, Roberts also worked on several TV series. For instance, he had appeared in Quincy M.E., The Love Boat, Captains and the Kings, Ironside and Police Side. Perhaps his best-remembered portrayal, however, is that of Dr. John McIntyre in Trapper John, M.D. For his performance in the series, he earned a Primetime Emmy Award nomination in 1981. Prior to that, he also rose to prominence for his starring role in the western series, Bonanza, which ran from 1959 to 1965. According to IMDb, his last television appearances were in that of the series Diagnosis Murder.

Diagnosed with pancreatic cancer in 2007, the actor eventually passed away at the age of 81 in 2010.

At the time of his death, the actor was married to Eleanor Criswell. His fourth marriage, he was previously married to Vera Mowry, Judith Anna LeBrecque and Kara Knack.

Did Pernell Roberts Have Any Children?

Yes, he has a son named Jonathan Christopher Roberts.

Did Pernell Roberts Go to College?

After serving in the U.S. Marine Corps for two years, he went to the University of Maryland, though he ultimately did not graduate. During his time there, he participated in many theatre productions including Antigone and Othello.

What was Pernell Roberts Famous For?

Pernell Roberts is best known for starring in the TV series Trapper John, M.D. and Bonanza, the former of which earned him a Primetime Emmy Award nomination in 1981.

At the time of his death, he and his wife resided in Malibu, California. We do not have any additional information at this time.

What Kind of Car Did Pernell Roberts Drive?

We do not have any details on Pernell Roberts’ vehicle.

How Much Money Did Pernell Roberts Make Last Year?

After retiring from acting in the late ‘90s, he was diagnosed with pancreatic cancer in 2007. Despite having received treatment, he later passed away at the age of 81 in 2010; at the time, he was married to his fourth wife, Eleanor Criswell.