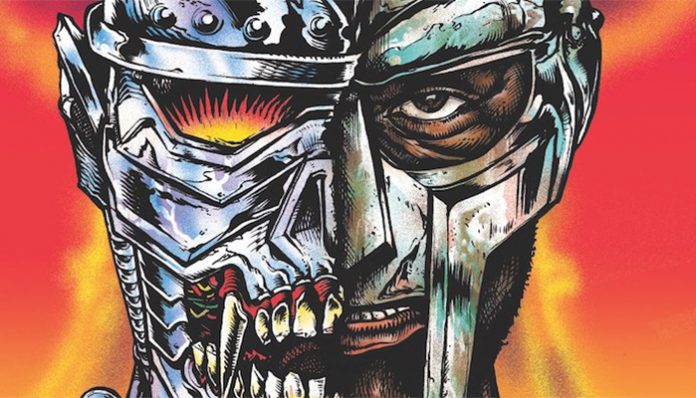 Hailing from New York, MF Doom has churned out many hits since his debut in the late ‘80s. His debut album, Operation: Doomsday was released in 1999. Since then, his catalog has grown by a number of projects including Vaudeville Villain, Take Me to Your Leader and Occult Hymn to name a few. Most recently, he dropped an EP titled, WestSideDoom in 2017.

In addition to his solo efforts, he has collaborated with a number of artists such as Madlib, Czarface and Danger Mouse. In fact, he has several collaboration albums to his name including Mr. Hood, The Mouse and the Mask, Keys to the Kuffs and Madvillainy.

How many records has he sold throughout his career? How well-off is the artist today? According to sources, MF Doom has amassed a net worth of $1 million as of 2018. How much of this came from his albums and singles? Let’s have a look below.

How did MF Doom Make His Money & Wealth?

Born on January 9, 1971, in London, England, MF Doom is the son of a Zimbabwean father and a Trinidadian mother. As a young boy, he and his family moved to Long Island, New York, where he grew up and went to school. Intrigued with music, he later formed a group called KMD with his younger brother in his late teens. In 1991, they released their debut album, Mr. Hood, which was a minor hit.

Several years later, he began to establish himself as a solo artist in the underground hip-hop community. His first album, Operation: Doomsday was released in 1999. Met with praise, it gave rise to a number of tracks including Who Do You Think I Am?, Hero vs. Villain, The Finest and Red and Gold.

Since then, he has come out with several other studio albums including Take Me to Your Leader, Born Like This, Mm..Food and Venomous Villain, all of which were popular among fans. Not only that, but MF Doom has issued a number of EPs such as Occult Hymn, Sniperlite, and Bookhead. Most recently, he put together WestSideDoom, a collaboration with Westside Gunn in 2017.

Speaking of collabs, the rapper has worked with several other artists throughout his career including Danger Mouse, Madlib, Monster Island Czars, and Bishop Nehru. In fact, he has a number of collaboration albums to his name including Czarface Meets Metal Face, Key to the Kuffs, Madvilliany, Black Bastards and The Mouse and the Mask.

How much has he earned from the above records? Considering his popularity, chances are, he’s pulled in a significant amount from his music career over the years. Not only does he make money from his albums and singles, but he also earns a considerable sum from putting on shows and concerns (though he doesn’t have any scheduled at the time).

In terms of other ventures, he has lent his voice to a few cartoons, including Perfect Hair Forever, Assy McGee and Cheyenne Cinnamon and the Fantabulous Unicorn of Sugar Town Candy Fudge.

No, as far as we know, MF Doom is single and not married.

Does MF Doom Have Any Children?

Yes, he had a son named Malachi Ezekiel Dumile, who passed away in 2017.

Does MF Doom Go to College?

No, as far as we know, MF Doom has not gone to college.

What is MF Doom Famous For?

MF Doom initially rose to fame for his work with KMD. Later in the early 2000’s, he rose to fame as a solo artist with releases such as Take Me to Your Leader and Vaudeville Villain.

We do not have any information on MF Doom’s location at this time.

What Kind of Car Does MF Doom Drive?

Details on MF Doom’s vehicle is not available at this time.

How Much Money Did MF Doom Make Last Year?

Unfortunately, we do not have any information on MF Doom’s 2017 earnings at this time.

Earlier this year, he collaborated with the hip-hop supergroup Czarface on an album titled, Czarface Meets Metal Face. Released in March 2018, it gave rise to over a dozen tracks including You Masked For It, Sleeping Dogs and Captain Brunch.

Wondering what the rap artist is up to? If you’re a fan, why not follow MF Doom on social media? You can find him on Instagram at @Gasdrawls. On Facebook, he also has an official fan page that you can check out by clicking here.