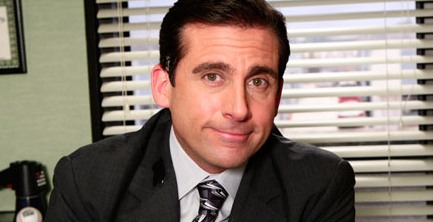 The Office’s cast of quirky, relatable characters has landed the show a place in the hearts of many, and Steve Carell’s portrayal of Michael Scott has been pivotal in establishing The Office as a classic. Carell has received critical acclaim for his roles in Anchorman, The 40 Year Old Virgin, and Bruce Almighty. He has also served as a producer and writer for some of the shows he has been featured in. Even after the conclusion of The Office, Carell remains one of the nation’s most beloved actors.

Steve Carell is one of the highest paid actors on television. He earned an average of $175,000 per episode on the 3rd season of the office, and half that much per episode for the 1st and 2nd seasons. At the peak of his career, Carell earned 17.5 million dollars per year. He continues to rake in millions per year for his work as both an actor or a writer.

How Did Steve Carell Earn His Money and Wealth?

Steve Carell was born on August 16th, 1962 in Concord, Massachusetts His father was an electrical engineer while his mother was a psychiatric nurse. His father has Italian heritage and changed his name from Caroselli to Carell prior to having his son. Carell was raised as a Roman Catholic and attended the Middlesex School during his high school years.

Carell had a keen interest in history as a child and graduated from Denison University in Granville, Ohio with a history degree in 1984. He became involved with a comedy troupe while attending the college, and also served as a DJ for the college’s radio station. After graduating, he worked as a mail carrier for about half a year.

Steve Carell quickly realized a traditional job would not cut it for him. He got his start in acting after landing a role for a children’s theater production. Carell spent the next few decades acting in various productions and also performed with the Second City theater troupe. In 1996, he was cast on the Dana Carvey Show, where he voiced Gary in the Ambiguously Gay Duo. While appearing as a guest in shows such as Just Shoot Me, Over the Top, and Come to Papa, he worked as a correspondent for The Daily Show.

In 2005, Steve Carell landed the gig that made him who he is today. Although the first season of The Office initially performed poorly, Carell’s performance in The 40 Year Old virgin prompted NBC to run it a second time. After that, the Office became a nationwide smash hit. The next year, Carell won a Golden Globe award for his performance of quirky boss Michael Scott. He also received 6 Emmy nominations for his work in the series.

During his work on The Office, Steve Carell was given much time to work on numerous movies. Between the start and end of the office, Carell performed in titles such as Evan Almighty, Dan in Real Life, Knocked Up, Get Smart, Dinner for Schmucks, and Crazy, Stupid, Love. Carrell also co-produced a few episodes of The Office before it the series ended in 2013.

Although Steve Carell is still loved by many for his performance in The Office, he continues to receive good ratings for his performances in productions. In 2014, he starred in True Crime film Foxcatcher. Although the film was a change from his typical lighthearted comedy, he still received excellent ratings. He also held a minor role in the dramas Freeheld and The Big Short. He also served as a voice actor for Gru in the Despicable Me series of films. 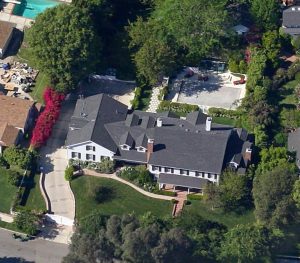 The Gazette Review is your daily news source covering everything from world news to personal finance. We provide the most recent, unbiased accounts of the news that matters to you. Contact us: [email protected]ttereview.com