What Happened to the Boston Bombers? – 2018 Update 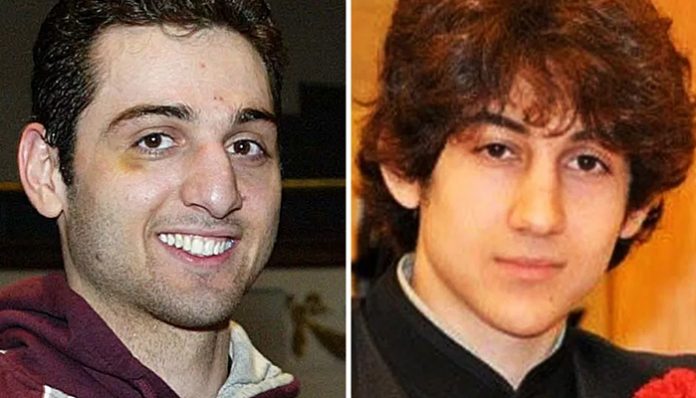 In 2013, a tragedy occurred during the annual Boston Marathon—two homemade bombs were detonated near the finish line, which ended up killing three individuals and injuring hundreds of others. A few days after the incident, the FBI released two images of the suspects; they were later identified as a pair of brothers, Tamerlan Tsarnaev and Dzhokhar Tsarnaev, both of Chechen descent.

During the subsequent manhunt, the brothers not only killed a policeman but had engaged in a shootout with the police in Watertown, during which two officers had received grave injuries. In the end, Tamerlan was killed after being shot a few times while Dzhokhar continued to be on the run. Ultimately, it wasn’t until they did an exhaustive search of the community that they were able to successfully find, and take him into custody.

What led the brothers to commit such a heinous act of crime? What’s the story behind the infamous Boston Bombers? What happened to Dzhorkhar after he was arrested by the police? Curious to know the answers? These are some of the things that we’ll be addressing down below, so be sure to stick around!

What Happened to the Boston Bombers? 2018 Recent Updates

Three days after the bombing incident, the FBI released images of the suspects—Tamerlan Tsarnaev and Dzhokhar Tsarnaev. Just hours later, the brothers killed a policeman, after which they committed a carjacking during which the hostage was held inside the vehicle (fortunately, he later escaped at a gas station). In the subsequent shootout that took place, Tamerlan was shot multiple times; in the end, however, it was after his brother had run him over with the SUV, that he eventually died from his injuries. After being taken to the hospital, it was revealed that he had died from massive blood loss, respiratory and cardiac arrest.

As for his brother, he had sped off after the shootout, only to abandon the vehicle and escape on foot half a mile away. As a result, an unprecedented manhunt took place, which involved thousands of police officers as well as the FBI and SWAT teams. Though they weren’t issued warrants, residents of the 10-block perimeter were reportedly told that the searches must be allowed to continue.

In the end, officials found Dzhokhar hiding in a boat, wounded, less than a quarter mile away from where he had left the SUV. Reportedly, the boat’s owner had called 9-1-1 after noticing the bloodied man inside. After positively identifying him as the suspect (with the help of an infrared imaging device which was used in a helicopter), a brief shootout took place, before two police officers successfully captured Dzhokhar, who was unarmed.

Handcuffed, he was eventually taken to a local hospital, where he was given treatment for his injuries. Not long afterward, a hand-written message was discovered inside the boat where he had remained hidden; according to reports, it had said that “the bombings at the Boston Marathon were in retribution for the crimes committed in the U.S. in places like Afghanistan and Iraq.”

On April 26, 2013, eleven days after the incident, he was transported to the Federal Medical Centre in Devens, Worcester County, a federal jail for male inmates who require long-term medical care. Held in solitary confinement with a 23-hour lockdown, he stayed there until his trial, which took place on January 5, 2015. Despite pleading guilty to all 30 charges that were laid against him, he was eventually found guilty and eligible for the death penalty (as a result of the fact that he had caused many deaths through the use of a weapon of mass destruction).

A month later, the jury recommended that he be sentenced to death via lethal injection. Despite that, however, Dzhokhar’s lawyer chose to appeal the decision—a process that is likely to take many years. In the end, he was transferred to the United States Penitentiary, a high-security prison which typically houses male death-row inmates.

More About Tamerlan and Dzhokhar Tsarnaev

Growing up, Dzhokhar and Tamerlan lived in Kyrgyzstan with their parents and two sisters, Aliana and Bella. In 2002, they visited the United States on a tourist visa. Fearing persecution due to his ties with Chechnya, their father eventually applied for asylum. Two years later, they received the asylum and settled in Cambridge, Massachusetts. In 2007, the family became legal permanent residents in the U.S.

Seven years apart, Tamerlan was in his mid-twenties while Dzhokhar was still attending university at the time of the bombing. A student at the University of Massachusetts Dartmouth, the latter had initially studied marine biology, before switching to nursing. According to reports, he was struggling academically in 2013, having received failing grades in a number of classes. Not only that, but it’s said that he also owed $20,000 to the university. Though it’s unconfirmed, some sources state that he sold marijuana on the side for money.