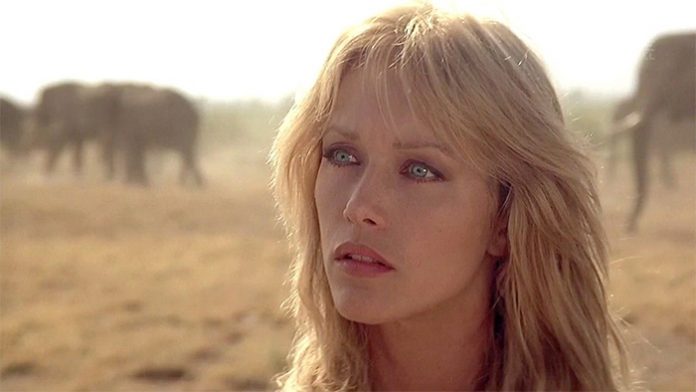 Hailing from New York, Tanya Roberts initially rose to fame in the early ‘80s for her portrayal in the ABC drama Charlie’s Angels. Throughout her career, she has appeared in numerous other television titles including Hot Line, Murder Me Murder You, That ‘70s Show and The Love Boat.

In addition to that, she has worked on many films such as Tourist Trap, California Dreaming, A View to a Kill, Night Eyes and Inner Sanctum. With that said, she has not acted since in the mid-2000’s. According to IMDb, she last appeared in Barbershop in 2005.

How wealthy is the former actress? What is she up to nowadays? How successful was her acting career? As far as we can tell, Tanya Roberts’ 2018 net worth stands at approximately $10 million. What does she owe her fortune to? We’ll be addressing this question below.

How did Tanya Roberts Make Her Money & Wealth?

Born on October 15, 1955, in The Bronx, New York City, Tanya Roberts is the youngest of two children; she has an older sister named Barbara. Raised in Central Bronx, her family lived off of her father’s modest income as a fountain pen salesman. Later relocating to Toronto, she stayed there for a few years before leaving high school to hitchhike across the United States at the age of fifteen. Eventually returning to New York, she launched a career as a cover and fashion model.

As one thing led to another, she began to appear in television commercials for Clairol, Excedrin and Ultra Bride. In 1975, she made her official acting debut in the film, Forced Entry. From there, she appeared in a string of titles including The Yum Yum Girls, Fingers, California Dreaming and Tourist Trap.

Around that same time, she also began to act on television; some of her earliest credits include Zuma Beach, Pleasure Cove and Greatest Heroes of the Bibles. With that said, it wasn’t until the early ‘80s that she rose to prominence in the ABC crime drama, Charlie’s Angels. Cast as Julie Rogers, she starred on the show for two years until 1981. Unfortunately, it’s not known how much she was paid for the role at this time.

Over the next couple of decades, Roberts appeared in many series including Fantasy Island, Burke’s Law, Silk Stalkings, Hide Tide and Off Centre. On a few occasions, she also lent her voice to shows such as The Blues Brothers Animated Series, The Angry Beavers, and Fillmore!. According to IMDb, she last acted in the sitcom, Barbershop, which premiered on the Showtime cable network in 2005.

As far as film appearances go, she also worked on a number of titles such as A View to a Kill, Sheena, Hearts and Armour, Night Eyes and Legal Tender. By the mid-90’s, however, she had shifted her focus to television. Her last movie role was in that of Deep Down in 1994. While she hasn’t acted in any titles since she has been featured in a few TV programs over the past few years such as The Insider and Britain’s Favorite Detectives.

She was married to Barry Roberts up until his death in 2006. Married for over two decades, they had met while she worked as a model in New York City.

Does Tanya Roberts Have Any Children?

No, Tanya Roberts and her husband did not have any children.

Does Tanya Roberts Go to College?

No, Tanya Roberts has not gone to college. In fact, she had dropped out of high school to pursue a modeling career in her teens.

What is Tanya Roberts Famous For?

Tanya Roberts rose to fame for playing Julie Rogers in the crime drama, Charlie’s Angel in the early ‘80s.

What Kind of Car Does Tanya Roberts Drive?

We do not have any information on Tanya Roberts’ vehicle at this time.

How Much Money Did Tanya Roberts Make Last Year?

Unfortunately, details on Tanya Roberts’ 2017 salary is not available at this time.

As mentioned earlier, Tanya Roberts has not acted in any film/television series since 2005. With that said, she did make an appearance in the TV documentary, Britain’s Favourite Detectives in 2014. Prior to that, she was also featured in an episode of The Insider.

What’s she up to? If you’re a fan, why not check out her official social media accounts? You can find Tanya Roberts on Twitter at @TanyaVRoberts. On Facebook, she also has a fan page that you can check out by clicking here.