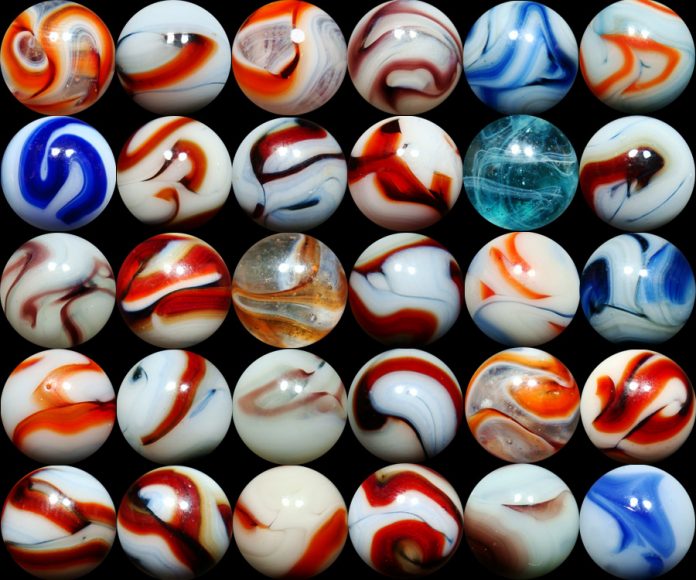 Many people were first introduced to marbles on the playground as children. But for, their love of the classic playground accessory extends beyond childhood. Once they have access to more than just their parent’s lunch money, marble addicts can go all out – sometimes spending thousands of dollars for a single marble! You can often see vintage marbles selling for $50 – $100 a pop, but the costs of the most expensive marbles in the world make that seem like nothing.

The prices of the most expensive marble are affected by several factors. Vintage marbles are especially popular with collectors, though custom marbles (sometimes made with rare materials) can also command impressive price tags. Aesthetics are also highly important – in general, the more beautiful and eye-catching, the higher the price. Prices between different marbles are highly variable since marble collectors often have very specific tastes, but as long as it’s vintage or unique, it’s almost guaranteed the collectors will bite. 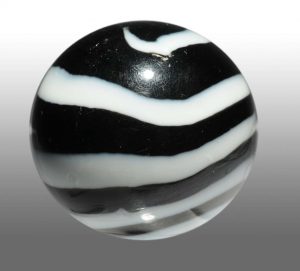 This unique zebra-colored marble fetched nearly $1700 at auction – multiple times more than what most people spend on marbles in their entire lives. The price of the marble began at $500 and was estimated to sell for at least $2000.

This Black and White Navarre Marble is roughly 1 and a half inches in diameter. It also looks slightly different when viewed from above – such variances in appearance can make a marble more desirable. It was also listed in mint condition. Given that some of the other most expensive marbles have sold for higher prices in worse condition, whoever nabbed this marble got a great deal! 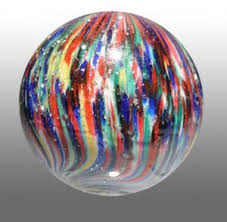 The “onionskin” marble gets its name from the swirls of color and texture on its exterior. With this marble, the onionskin pattern is blended with mica speckles. Mica is a thin, silicon-like mineral that is sometimes used to accent different marbles. Cheaper marbles often mimic patterns of mica specks, but authentic mica has a distinctive luster. This 1 19/32” onionskin mica pattern marble sold was sold by Morphy Auctions in 2009.

n on this marble may seem a bit weathered from the photo, sulfide marbles actually look quite brilliant in person. Painted sulfide marbles are quite rare – most vintage marbles are made from agate, granite, or glass. The sulfide figure within the marble is painted is the main reason it sold at the price it did, as figures within these marbles are typically monochromatic. 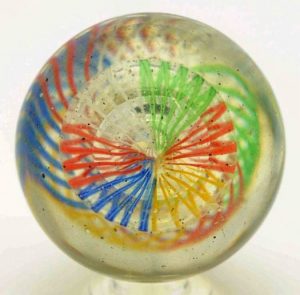 This marble measures 1 9/16” in diameter and was Morphy Auctions in May 2012. Like the sulfide figure marble, this marble sold for a price due to its craftsmanship. Pontil marbles are also known as transitional marbles, as the particular production technique associated with them was invented during a time when marble production was shifting from handmade to automated. This makes the multicolored “birdcage” pattern within this marble even more impressive! 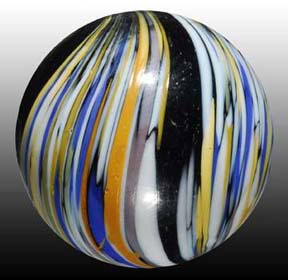 Another Morphy Auctions Marble – this Indian marble sold at Morphy’s $2.6 million dollar spring toy auction in 2008. The marble is notable for its contrasted colors – blue, white, yellow, black, and even hints of purple. 60 different bidders (on the phone, live, and online) competed to be the proud owner of this marble, and their bidding war resulted in the marble selling for more than twice its initial estimate. 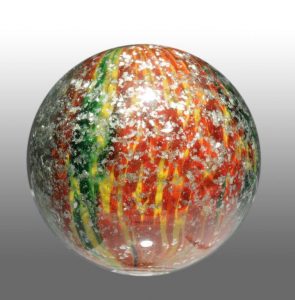 With 4 panels of color and floating pieces of silver mica floating about its exterior, this is definitely a marble to play “keeps” for! This blizzard marble is also larger than average at 2 1/6” in diameter. Both the onionskin and blizzard patterns are coveted by collectors, and the blend of unusual colors in this marble also contributed to its final price. It was sold in 2009. 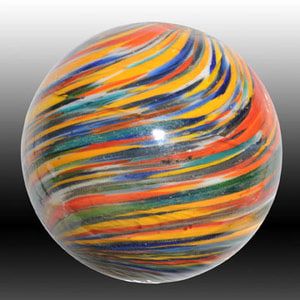 This 2 1/8’ marble sold for a record price in 2008 at Morphy Auctions. The marble is made from hand-blown glass and features a wide range of colors that blend smoothly with little color clashing. Not only is this marble a rare find, but it’s also a legitimate art piece in the eyes of collectors.

To the average person, 10k may be a bit much for a single marble. However, this particular piece’s artful design and craftsmanship contribute to its cost. The price range for the most expensive marbles are affected by collector’s preferences, and this design fills several popular niches. 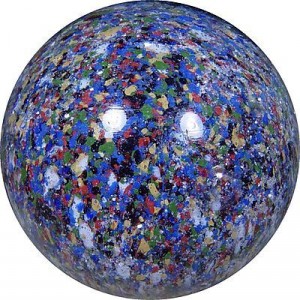 Created circa 1860, this marble is in incredible condition for its age. Confetti is a common pattern on cheaper marbles, but the pattern is often created with paint. This marble’s specks are made with actual mica, which ups its value significantly. The auction house it was sold at outright stated it was the rarest marble to ever enter their auction house.

After the marble sold, many collectors noticed similar looking marbles floating around the market. However, these marbles were cheaper quality galaxy pattern marbles manufactured by Vacor De Mexico. They lacked the genuine mica flakes and the smooth texture of a more expensive marble – but a few collectors briefly felt rich anyway! 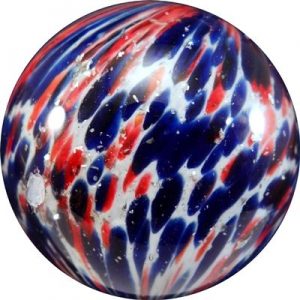 This marble was sold during a 2004 Morphy’s Auction. It measures 2 and 1 1/32” in diameter. Its pattern is called the end of Days” since it resembles blotches of ominous clouds. Although red and blue are common colors for this pattern, the marble sold for a high price due to its age and lack of a twisting pattern. 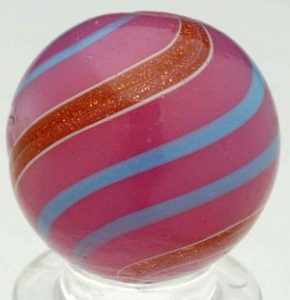 This unique vintage marble was estimated to fetch $6,000 at auction, and it ended up selling for triple that amount after a bidding war. Since pink is a rare marble color, many collectors had their eye on the marble before the start of the auction. The particular pattern on the marble, the Lutz, is also a sought after pattern.

This particular marble is made by the Christensen Agate company. Marbles made Christensen Agate company are some of the most sought-after and most expensive marbles around. Founded in 1925, the now-defunct company Ohio based company’s boxed marble sets were all the rage with young marble players. Today, it remains a hit with marble collectors who associate its products with the golden age of marbles.