What Happened to the Catch Me Outside Girl? – 2018 Update 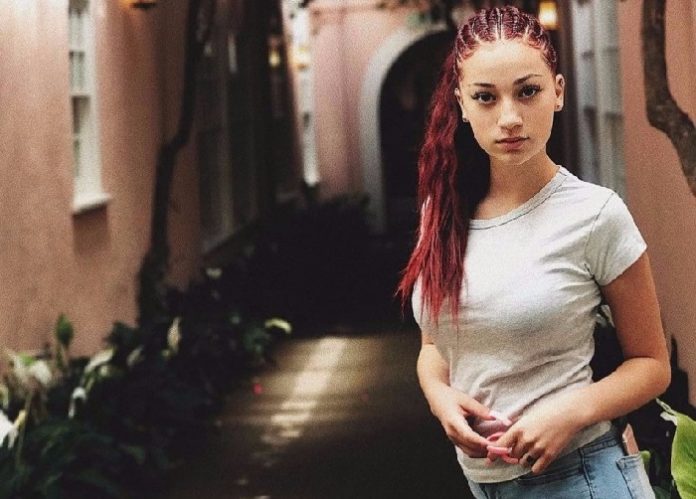 There are millions of people who spend years working hard to get rich and famous, there are millions more who eventually realize that they never will be famous, before they give it all up for a normal life without them ever making a mark, and then there is Danielle Bregoli, probably the most famous person who never even tried, but hit the big-time anyway due to a personality that is truly larger-than-life.

Danielle Bregoli got famous by literally saying six words on the Dr. Phil show in September 2016, but it wasn’t the words themselves that made her famous, more the way she said them. Since then Danielle has made history by becoming the youngest female rap artist to break into the Billboard Hot 100 chart, she’s gained millions of followers online, and she’s set to become a multi-millionaire long before she can legally buy a beer. But how did a few words spoken on a TV show make a teenager from Florida a Worldwide sensation in the first place? Read on to find out.

How did the Catch Me Outside Girl Become Famous?

Danielle Bregoli was born in Boynton Beach, Florida on March 26th, 2003. Her father Ira, a deputy with the Palm Beach Police Department, and her mom, Barbara Ann, had dated for less than two years before she was born, and the couple split up when she was only a few years old. Danielle’s early musical influences were all in the rap genre. Artists such as Ludacris, Chris Brown, LL Cool J, Trina and T-Pain were a constant soundtrack to her early life, and she would often skip school to kick it with friends in an abandoned garage, where she and her classmates would rap to instrumentals from YouTube.

Dr. Phil’s long-running and hugely popular show dealt with all kind of relationship issues, and in September 2016 an episode starring the entitled, defiant teenager aired. Danielle and her mom were interviewed about her behavior, which included an incident when she had tried to steal a car during the filming of the show, from a crew-member no less.

It’s fair to say that Danielle was the star of the show. It’s true that she didn’t make a positive impression on the studio audience, who laughed at her and jeered her almost every time she spoke, but she did make a big impression. Danielle Bregoli isn’t the sort of girl who takes any kind of criticism without fighting back, and after getting annoyed at the audience for laughing at her one final time, Danielle responded with ‘Cash me outside, How bout dat?’.

Dr. Phil’s stunned reaction was TV gold, and that combined with Danielle’s street pronunciation of the phrase made it a clip that began to be shared widely on the internet. Soon the clip from the show appeared on YouTube, and it had been viewed millions of times by February 2017, and, as a result, everyone was asking ‘Who is the catch me outside girl?’. Danielle made a second appearance on Dr. Phil in February 2017, although this time producers didn’t film the segment in front of an audience, due to the response after the first show.

Danielle’s internet fame had by now seen her first TV appearance become a meme viewed by millions, and DJ Suede The Remix God produced a Trap remix of her catchphrase. Not only was it a solid and expertly-mixed track, millions of people already knew all about the incident, and the remix entered the Billboard Hot 100 in March 2017. The viral fame continued with the remix becoming the soundtrack to numerous dance videos, some of them from huge YouTubers with millions of fans, and Danielle’s own online following began to climb into the millions too. The 2017 MTV Movie and TV Awards nominated her for a ‘Trending’ award for the catchphrase.

Unsurprisingly, Danielle’s attitude and lifestyle saw her heavily criticized by the media. A well-publicized incident, when she and her mom Barbara Ann were kicked off of a flight after a heated argument with another passenger, was reported on by TMZ, and the Bregoli’s were banned for life from Spirit Airlines as a result. In Late February of that year reports of Danielle being involved in a brawl in a bar surfaced. Danielle, who was only 13 at the time, was criticized for even being in a bar, but when security footage of the incident appeared on YouTube, the ‘bar’ was revealed to be an alcohol-free Kava bar, and the ‘Brawl’ was actually an argument between a patron of the bar and one of Danielle’s friends, who threw an ice-cream at the patron before running off, Danielle wasn’t even involved.

As much as some elements of the media wanted to tear Danielle down, her success only gained pace. By then she was already famous enough to charge $25,000 for a public appearance at the Rolling Loud Music Festival, and she had recently appeared in the music video to Kodak Black’s ‘Everything 1K’, posing on a Rolls-Royce and flashing wads of cash. Her online fame had become mainstream by now too. Jimmy Fallon, Olivia Munn, and even Drake had mentioned the ‘Cash me outside girl’, and a career in music seemed an obvious choice for the rising star.

Danielle was the biggest growing star on Instagram in 2017, her following grew from just 400 followers to over 11 million, and Adam Kluger, CEO of the Kluger Produce Placement agency spotted the obvious benefits to having such a popular internet star on board, and he signed her up to pitch products to her increasingly large army of fans.

Danielle’s newly opened YouTube channel picked up a million or so subscribers as she made an attempt to become a YouTube vlogging star. ‘Hey Bitches!’ was how every early vlog began, and although she got millions of views, her in-your-face style was far better suited to the rap scene. Danielle’s musical debut, under the name ‘Bhad Bhabie’, appeared in August 2017. The single, ‘These Heaux’ (pronounced ‘Ho’s’) was slammed by many in the music industry, but it was generally agreed, the track was much better than anyone really expected, the girl could spit bars like someone twice her age, and her fan-base continued to grow.

What’s the Catch Me Outside Girl Doing Now in 2018? – Recent Updates

‘These Heaux’ ended up making history. It reached number 77 in the Billboard Hot 100 in under a month, making Danielle the youngest ever female rap artist to make the chart. The fairy-tale didn’t end there, on September 15th, 2017, just three weeks after her first single was released, Danielle signed a contract with Atlantic Records, who lauded her as a ‘Massive Personality’. Not all elements of the music press were too impressed, but by now they should have learned, the more you try to knock Danielle Bregoli down, the more she is going to rise.

Now in 2018, Danielle Bregoli is continuing to make headlines, collaborate with some of the best-known names in rap, and grow an online following at an incredible pace. Danielle and her mom have launched legal action against retail giant Walmart, for using her catchphrase on T-shirts, and a mobile game developer for using a character based on her. Further headlines have been generated over a few public arguments lapped up eagerly by fans on social media, and Danielle is having no trouble staying relevant.

Danielle’s music career is getting plenty of support from other rappers. She has collaborated with names such as Ty Dolla $ign, Lil Yachty and Rich The Kid. Her follow up Single ‘Hi Bich/ Whachu Know’ came along in September 2017, and in the last year her first two singles have racked up over 200 million views on YouTube alone. Her YouTube account was only opened in January 2017, but already she has almost five and a half million subscribers and over 630 million views.

Danielle’s Instagram account, ‘bhadbahbie’, has continued to grow quickly too. The 400 followers she had at the beginning of 2017, have now grown to over 15 million. Looking at the earnings of Instagram stars with the same level of popularity, product placement deals for Danielle could easily earn her more than $100,000 a month, and despite a determined effort by many in the music industry, the media, and those who just don’t get the appeal, Danielle Bregoli is here to stay, and as she put it herself, ‘If you don’t like it bitches, deal with it!’.

Danielle’s latest single, ‘Yung And Bhad’ was released on YouTube on August 30th, 2018. For those who think she’s another internet star creating terrible rap tracks while she’s temporarily famous, maybe you should give it a listen. Bhad Bhabie’s music is creating some waves, and it’s easy to see why. She might not quite be creating classics yet, but every track is better than the one before, and I predict that Danielle’s curious rise to fame will probably be overshadowed in the future by a music career that’s fairly successful, and deservedly so. How about that?