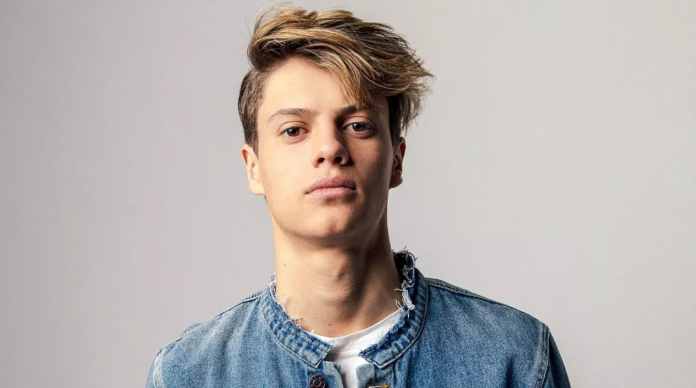 Jace Norman is an award-winning actor who is most well known for playing the lead character in Henry Danger, a series on NIckoledeon. The teenager is slated to play Henry Hart in the Henry Danger Movie that was just announced. He also founded a marketing company with two other influencers called Creators Edge Media.

How Did Jace Norman make their money & wealth?

The actor was born Jace Lee Norman on March 21, 2000, in Corrales, New Mexico. He grew up there until he was eight years old, and then his family relocated to Southern California. Jace struggled a little in school since he had dyslexia. He is the youngest of three children – he has an older sister and an older brother.

He told the San Diego Union-Tribune in 2014 that he first got into acting by making videos the old-school way – with a camcorder that he and his older brother borrowed from their parents. This continued until they became interested in YouTube, and start posting them on their own YouTube channels.

After years of telling his parents that he wanted to be an actor, and after denying their push for him to pursue musical theater, Jace was allowed to get an agent at the age of 12. He scored a guest role on his very first audition, which led to much more work. He landed the starring role in Henry Danger, which he’s been in since 2014. He also co-founded a marketing agency aimed at Millenial and Generation Z influencers. 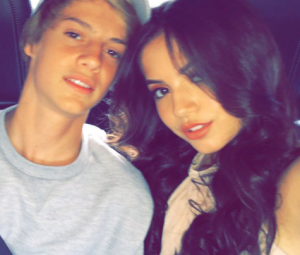 The young actor has dated before, but it appears like he is currently single. The last public relationship he had was Isabela Moner in 2016. Isabela is a fellow actress who was recently cast as Dora the Explorer in the new live-action movie. The couple frequently posted adorable photos on Instagram throughout their seven-month romance.

They ended up remaining friends after they broke up. Most recently, Jace posted a pic of himself with his golden retriever for Valentine’s Day 2017, stating that the pup was his date for the day. Before Isabela, Jace was rumored to be dating his NIckolodeon co-star Riele West Downs. The two never publically said that they were dating, and in fact denied the rumors to the press.

The actor likely makes about $200,000 per year between his work on the Henry Danger Nickelodeon television show, the upcoming movie, and his newly launched marketing business. Another source of income for Jace is his YouTube channel.

How much money does Jace make per YouTube Video?

Jace has over 300,000 subscribers on his YouTube channel, and each of his videos gets about that many views. According to the YouTube money calculator on Influencer Marketing Hub, the young actor would make an average of $1545 per video. Overall, Jace’s videos have been viewed a total of 11 million times, which leads to earnings of about $57,000. He joined Youtube on January 1st, 2012.

Jace shot a Youtube video that showed off his place in LA. It was a satirical spin on MTV Cribs where he showed off his small apartment. He had his dog in the background as he pointed out things like his couch, a high-tech fan with three settings, and a bookshelf that he shows to the “ladies.” He ended the three video by telling his fans that he would show them the bathroom and then going outside into the bushes. Judging by a video on his Instagram, it looks like he lives in his parent’s garage. The floor is bare concrete, and there is what looks like a metal garage door in the background. 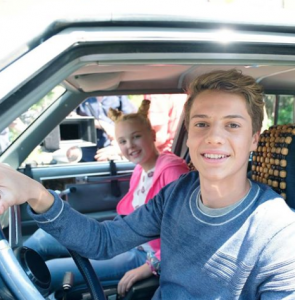 Jace has been photographed in several different cars, but it is not clear if he owns one himself. It is possible that he does not own a car yet as he is just entering into driving age.

Jace is only 18, and already he has achieved more than most people. He is in the transition period between being an adult and a child actor. He seems to be doing just fine. He will be appearing in Henry Danger series at least until 2019, and he is on board for the movie. He has his own business along with other young entrepreneurs, and it has been featured in numerous news and business publications.