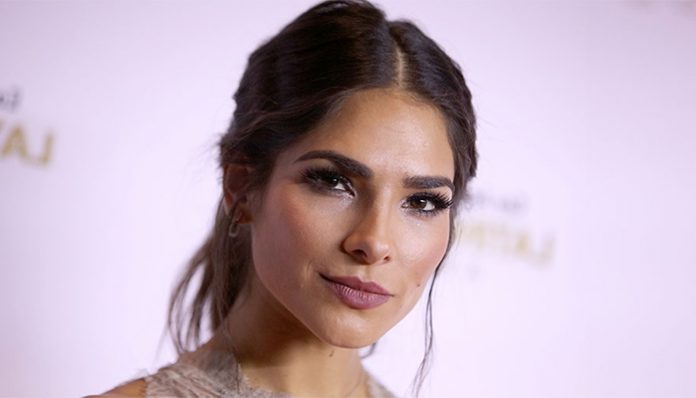 A Mexican-American beauty queen, Alejandra Espinoza rose to fame after winning the reality competition series, Nuestra Belleza Latina in 2007. Since then, she has co-hosted a couple of television programs including La Banda and Premio Lo Nuestro 2018, the latter of which aired in 2018.

As an actress, she has also worked on a few television and film titles. For instance, she played various roles in El Gordo y la Flaca and Dos Caminos. Later this year, she will also be making an appearance in the short movie, The Unclosed Door.

How wealthy is the 31-year-old model? Did she bring home a cash prize in 2007? How has her television career grown since then? How many ongoing projects is she involved with? According to some sources, Alejandra Espinoza’s current net worth sits at $1 million. What contributes to her overall income? Let’s take a look at this below.

How did Alejandra Espinoza Make Her Money & Wealth?

Born on March 27, 1987, in Baja California, Mexico, Alejandra Espinoza grew up with her nine brothers and sisters in Tijuana. Prior to launching her television career, she worked as a cashier at a foreign currency exchange. Ultimately, it was during that time that she started to participate in beauty pageants on the side. At the age of nineteen, she took part in Nuestra Belleza Mexico, where she finished in fourth place.

Trying her luck again, she decided to participate in the same competition in 2007. Competing against 11 other finalists, she ultimately emerged as the winner on May 22, 2007. With that, she was offered a contract with Univision Network, an American Spanish-language network based in New York.

A year later, she began to co-host Sabado Gigante, one of the network’s longest-running programs. From there, she presented at the beauty competition, Nuestra Belleza Latina in 2014. As one thing led to another, it was also announced that she would be hosting a new reality series called La Banda.

Since then, Espinoza has appeared in many television shows such as The Big Finale, El Destape and Premio Lo Nuestro. In 2014, she even made an appearance in Pitbull’s music video Fireball. In terms of other acting roles, she has worked on the titles El Gordo y la Flaca and Dos Caminos. According to IMDb, she will also be playing a role in the short film, The Unclosed Door, which is to be released later this year.

In addition to her television career, which contributes to her overall income, she is also an established model. Represented by MC2 Model Management, a modelling agency in Miami, she has worked with numerous companies in the past such as Maybelline, Ford and JC Penney. In 2015, it was also announced that she had signed with Revlon. Their new brand ambassador, she later became the face of their new fragrance, Love is On, the company’s first perfume release in more than a decade. Unfortunately, details on the contract have not been disclosed to the public.

Yes, she married her boyfriend Animal Merrero in 2011.

Does Alejandra Espinoza Have Any Children?

Yes, she does. Alejandra Espinoza and her husband have a son named Matteo, who was born in 2015.

Does Alejandra Espinoza Go to College?

As far as we can tell, Alejandra Espinoza has not gone to college. Instead, she began to work at a foreign currency exchange out of high school.

What is Alejandra Espinoza Famous For?

Alejandra Espinoza rose to fame after winning Univision’s beauty competition series Nuestra Belleza Latina in 2007. Since then, she has appeared in several television programs.

Originally from Mexico, Alejandra Espinoza currently resides in Miami, Florida, with her family. We do not have any pictures of their home at this time.

What Kind of Car Does Alejandra Espinoza Drive?

Unfortunately, information on Alejandra Espinoza’s vehicle is unavailable at this time.

How Much Money Did Alejandra Espinoza Make Last Year?

Details on Alejandra Espinoza’s 2017 salary is not available at this time.

According to IMDb, the beauty queen will be co-starring in an upcoming short film titled, The Unclosed Door. Currently in the post-production stages, it will also star Natasha Chang and David Wunderlich.

What’s the brunette up to nowadays? If you want to keep up with her, why not follow her social media accounts? You can find Alejandra Espinoza on Twitter at @AleespinozaTV or on Instagram at @AlejandraEspinoza. On Facebook, the television personality also has an official fan page that you can visit by clicking here.