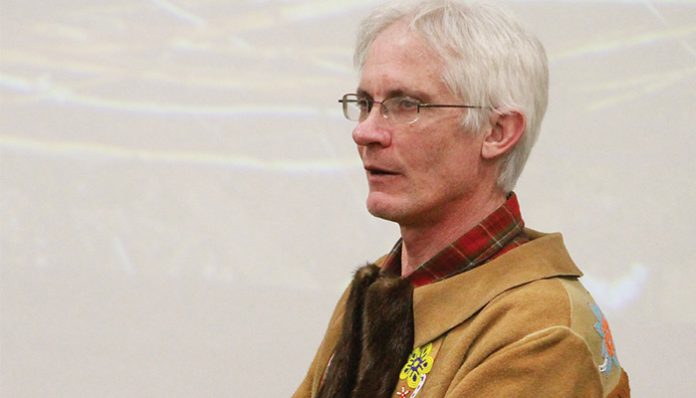 Hailing from Alaska, Andy Bassich has made a name for himself in the reality series, Life Below Zero. One of the main cast members, he and several others were introduced in the first season, which premiered on the National Geographic Channel in 2013. As of 2018, he has appeared in all nine seasons of the show, the last of which is still airing as we speak.

While he isn’t active on social media, it’s obvious that he has a significant fan base on the Life Below Zero‘s official Facebook page.

How wealthy is the reality star? How much is he paid for the television gig? How much has he pulled in from the series so far? What other ventures is the 59-year-old involved with? According to some sites, Andy Bassich’s current net worth stands at an estimated $250,000. How many things contribute to his overall income? Let’s find out.

How did Andy Bassich Make His Money & Wealth?

Originally from Washington, D.C., Andy Bassich grew up with his siblings, with whom he developed an interest in hunting at an early age. As a student, he went to John F. Kennedy High School, from which he graduated in 1977. After working as a carpenter for a few years, he made the decision to move to Alaska in 1980. Once there, he began to rear dogs for hunting.

Many years later, he was invited to join the cast of National Geographic’s Life Below Zero. His television debut, the reality series premiered in the United States on May 19, 2013. As implied by its title, it revolves around those living in the remote regions of Alaska. In addition to Bassich, who lives on the Yukon River, the program also stars Sue Aikens, Glenn Villeneuve, Jessie Holmes, and a few others. Interestingly, it was during that time that he met his future wife, Katie (though the two have since gotten a divorce).

Well received, the series premiere attracted over one million viewers in the United States. Responsible for his rise to prominence, it has since been renewed for eleven seasons, the last of which premiered on September 18, 2018. As of 2018, it has become one of the network’s highest-rated shows. Following a short break, Bassich had returned to the program in 2016.

How much is the Alaska native paid for his appearances on Life Below Zero? Unfortunately, said details have not been revealed to the public. With how popular the show has become in the recent years, however, it’s more than likely that Bassich brings home a decent amount from the series. In fact, we wouldn’t be surprised if his salary has gone up since its premiere in 2013. Other than Life Below Zero, Bassich has not appeared in any other television programs.

Outside of his television career, he also runs a survival school in Alaska, which he had initially founded with his ex-wife, Kate. As far as we can tell, his business has been successful over the past years.

Yes, he was married to Kate Rorke Bassich up until their divorce 2016.

Does Andy Bassich Have Any Children?

Yes, he and Kate have two daughters together. According to reports, his youngest daughter lives with his ex-wife in Canada.

Does Andy Bassich Go to College?

Not much is known about Andy Bassich’s education background. As far as we can tell, however, he started working out of high school, after which he moved to Alaska.

What is Andy Bassich Famous For?

Andy Bassich rose to prominence after joining the cast of Life Below Zero in 2013.

Andy Bassich currently lives on the Yukon River, near the city of Eagle in Alaska. We do not have any pictures of his home at this time.

What Kind of Car Does Andy Bassich Drive?

We do not have any information on Andy Bassich’s vehicle at this time.

How Much Money Did Andy Bassich Make Last Year?

Unfortunately, details of Andy Bassich’ 2017 salary is not available at this time.

After a short absence, he returned to Life Below Zero in 2016. Currently, he stars in the eleventh season, which premiered on September 18, 2018.

What’s the Alaska native up to nowadays? Unfortunately, it doesn’t look like Andy Bassich is active on social media at this time. With that said, you can keep up with his latest activities on Life Below Zero’s official Facebook page, which you can check out by clicking here.