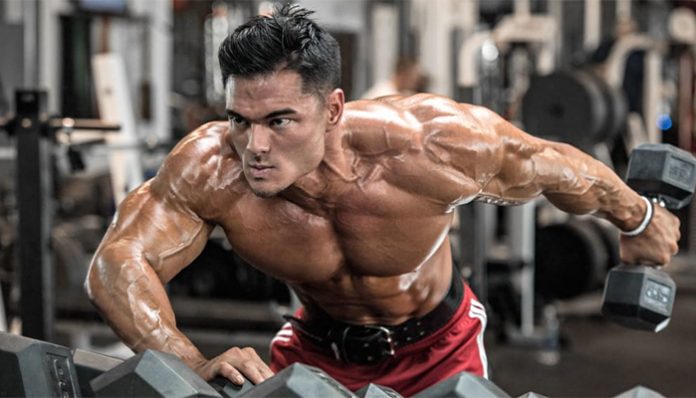 Hailing from California, Jeremy Buendia has been competing as a professional bodybuilder since 2013. Over the years, he has won numerous events including the IFBB competition, Mr. Olympia multiple times. In fact, he had just finished in fourth place earlier this year. Like most athletes, he has worked with a number of sponsors including Evogen Evolution, Live Fit, and Hany Rambod.

Popular on social media, the twenty-something has earned over two million followers on Instagram with his regular postings. Not only that but he has amassed more than 388,000 likes on Facebook.

How wealthy is the 27-year-old bodybuilder? How much does he win from the IFBB competitions? How lucrative is his athletic career? According to some sites, Jeremy Buendia’s current net worth stands at $1 million. What does he owe his wealth to? Where does most of his income come from? These are some of the questions that we’ll be exploring below.

How did Jeremy Buendia Make His Money & Wealth?

Born on October 10, 1990, in California, Jeremy Buendia grew up in Roseville with his older brother, where he went to Whitney High School. A member of the school football team, it soon became obvious that he had talents as an athlete. A standout linebacker, he eventually received all-league honors, despite the fact that he had played with an injury to his lower back and neck.

Inspired by his father, who used to be a bodybuilder in the ’70, he took up the sport at the age of seventeen. Taking part in competitions held by the International Federation of Bodybuilding and the National Physique Committee, he eventually won his first title in 2009. Within a few years, he had made the transition to the Men’s Physique division at the age of twenty-one.

In 2013, Buendia won the NPC Jr. USA competition, beating more than 150 of the country’s best amateurs in the process. With that feat, he was given the rights to participate in the IFBB Pro League. Just a few months later, he won his first professional show at the Greater Gulf States in New Orleans, Louisiana. By the time he was twenty-two, he had received his first Olympia Qualification.

Later that same year, he competed against some of the world’s best bodybuilders, where he finished in second place. Since then, Buendia has won four IFBB Pro Mens’ Physique competitions, including the Men’s Physique Olympia in 2015, which earned him the title of being men’s physique athlete in the world.

How much has he earned as a professional bodybuilder? According to some sites, the average salary ranges from $60,000 to $70,000 a year. With how long he has been competing, it’s likely that Buendia has taken home a considerable amount since his professional debut in 2013.

As with most successful athletes, he has been featured in numerous publications including Muscle & Fitness Magazine and Inside Fitness Magazine. Not only that but he co-starred in a documentary film titled, The Perfect Physique in 2015. Over the years, he has also landed a number of endorsements with companies such as Evogen Evolution, Hany Rombod and Live Fit.

In terms of other endeavors, he also runs his own fitness program, which you can learn more about here.

No, Jeremy Buendia is not married. With that said, he is in a relationship with Hilda Laura.

Does Jeremy Buendia Have Any Children?

No, Jeremy Buendia does not have any children that we know of.

Does Jeremy Buendia Go to College?

As far as we can tell, Jeremy Buendia has not attended college. Instead, he had opted to pursue bodybuilding out of high school.

What is Jeremy Buendia Famous For?

A professional bodybuilder, Jeremy Buendia is perhaps best known for winning the Mr. Olympia Men’s Physique Showdown in 2014 and 2015.

According to his official Twitter account, Jeremy Buendia currently resides in Costa Mesa, California. We do not have any pictures of his abode at this time.

What Kind of Car Does Jeremy Buendia Drive?

Unfortunately, information on Jeremy Buendia’s vehicle is not available.

How Much Money Did Jeremy Buendia Make Last Year?

Details on Jeremy Buendia’s 2017 salary is not available at this time.

Earlier this year, Jeremy Buendia participated in the 2018 Mr. Olympia Men’s Physique competition, where he finished in fourth place.

What’s Jeremy Buendia up to nowadays? If you’re a fan, be sure to follow him on social media—you can find him on Twitter at @buendiafitness or on Instagram at @jeremy_Buendia. Of course, you can also show your support on his official Facebook page here.