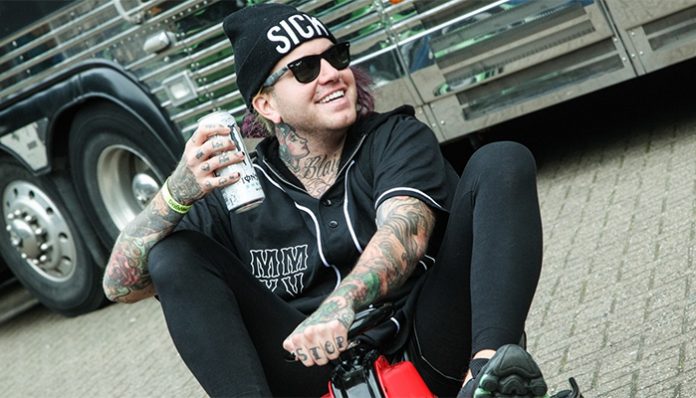 Hailing from Florida, Chris Fronzak is perhaps best known for his work with the metalcore band, Attila. One of the founding members, he has served as the group’s lead vocalist since they formed in 2005. Together, they have dropped several albums including Fallacy, About That Life, Guilty Pleasure and Chaos. Some of their most popular tracks to date include Callout, Three 6, Public Apology and Party With The Devil.

Owing to their success, he has earned a tremendous amount of fans over the years. For instance, he has over 400,000 followers on Instagram and more than 190,000 on Twitter. If anything, the act will only continue to increase in popularity in the near future.

How well-off is the band’s lead singer? How much has he earned from their projects? How wealthy is he? According to some sites, Chris Fronzak has amassed a net worth of $5.5 million as of 2018. What does he owe his fortune to? We’ll be taking a look at this below.

How did Chris Fronzak Make His Money & Wealth?

Born on November 20, 1989, in Florida, Chris Fronzak has been fond of music ever since his early childhood. Somewhat of an entrepreneur, he began selling used golfballs at the age of nine. Not long afterwards, he launched his own lawn care business. Refocusing his attention on music, he later formed a band called Attila with a few friends in 2005.

Signing to Artery Records, the group released their demo album, Fallacy in 2007. Early in their career, they also made themselves known by touring with acts such as Chelsea Grin, Arsonists Get All The Girls, American Me and Threat Signal.

In 2010, the band dropped their debut album, Rage. Recorded in Portland, Oregon, the project was produced by Stephan Hawkes, who had previously worked with acts such as American Me and Burning the Masses. Some of the songs that the album gave rise to included Make It Sick, Lights Out, Girls Don’t Lie and Strikeout.

Since then, Attila has released a handful of other titles including Outlawed, Guilty Pleasure, Chaos and About That Life, the last of which reached number 22 on the Billboard 200. Some highlights from the albums include the songs Callout, About That Life, Three 6, Pizza, Public Apology and Party With The Devil. Considering the success of their records, Fronzak likely made a hefty amount as the group’s lead singer.

In addition to what they make from their albums and singles, the band also puts on shows from time to time. In fact, they are currently on the road as we speak; from the looks of it, they will be touring until mid-November. For more details, you can check out their official website here.

Outside of music, Fronzak has been involved with a few other projects. For instance, he was made into a model on the MTV reality series, Made in in 2006. At one point, he also launched his own clothing collection called Stay Sick. If interested, you can check out their catalog here.

No, as far as we know, Chris Fronzak is currently single. In the past, he was in a relationship with Victoria Snooks.

Does Chris Fronzak Have Any Children?

Yes, he has two sons named Lord and Blaise with his ex-girlfriend.

Does Chris Fronzak Go to College?

No, Chris Fronzak has not gone to college. Instead, he chose to pursue a music career with his friends.

What is Chris Fronzak Famous For?

Chris Fronzak is best known for being the lead vocalist of the metalcore band, Attila. Since their debut, they’ve released several albums including About That Life, Outlawed and Chaos.

According to Chris Fronzak’s official Twitter page, he currently resides in Orlando, Florida. We do not have any pictures of his home at this time.

What Kind of Car Does Chris Fronzak Drive?

Information on Chris Fronzak’s vehicle is not available.

How Much Money Did Chris Fronzak Make Last Year?

Details on Chris Fronzak’s 2017 salary is not available at this time.

From now until November, Chris and the rest of the band will be touring across the country, as mentioned earlier. For more details, be sure to visit their official website.

What’s the lead vocalist up to? If you want to keep up with him, why not follow his social media accounts? You can find Chris Fronzak on Twitter at @Fronz1lla and on Instagram at @Fronzilla. Alternatively, you can show your support on his official Facebook page here.