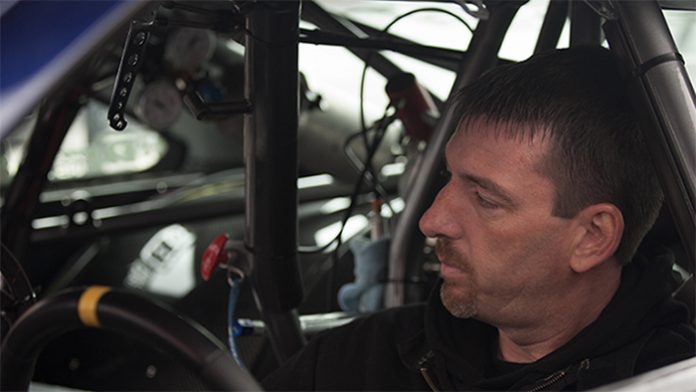 The “King of the Streets,” Daddy Dave has been racing on the streets for as long as he can remember. The owner of a ’96 GMC Sonoma pickup, he currently stars in Discovery’s reality series, Street Outlaws. Responsible for his rise to fame, the program has since continued for twelve seasons.

Passionate about cars, he enjoys working on them as much as he does driving them. In fact, he has his own auto repair shop called Comstock Auto Service Automotive Repair in Edmond, Oklahoma, where he spends most of his time when he isn’t racing.

How lucrative is his career as a reality star? How much does he bring home from Street Outlaws? What is his salary on the show? How successful is his business? As far as we can tell, Daddy Dave has amassed a net worth of $900,000 as of 2018. What contributes the most to his wealth?

How did Daddy Dave from Street Outlaws Make His Money & Wealth?

Born and raised in Oklahoma, Daddy Dave is the son of Marge Comstock and Peter Comstock. Brought up with his two brothers, he became fond of cars at a young age. As a teenager, he fell in love with driving after being allowed to sit behind the wheel in his parents 1978 Chevy Impala. As one thing led to another, he found himself diving into the world of street racing.

At the age of thirty-six, he appeared on television for the first time in a show called Pinks. Little did he know at the time that he would one day rise to fame as a reality star—on Discovery’s reality series, Street Outlaws.  Debuted in 2013, the program was just right up his alley; set in Oklahoma City, it revolves around the street racing world and those involved in it.

As it had happened, he had been cast as one of the show’s main racers. Known to audiences as “Daddy Dave,” he made his debut in the first season, which aired in the summer of 2013. If anything, his skills behind the wheel had quickly secured him a fan base. Before he knew it, he had become somewhat of a reality star, with tens of thousands of fans around the world.

As of 2018, the racer has appeared in all twelve seasons. Surely, considering that, he’s brought home a significant amount from the show? Unfortunately, despite the popularity of Street Outlaws, the salaries of the cast members have not been revealed to the public. If we were to wager a guess, however, he probably earns at least a few tens of thousands per season.

In addition to his career as a reality star, he’s also a business owner. More specifically, he runs his own auto repair shop called Comstock Auto Service Automotive Repair in Edmond, Oklahoma. With how high his popularity has soared in the recent years, it wouldn’t surprise us if his business has boomed!

Yes, the reality star is married to Cassi Comstock.

Does Daddy Dave from Street Outlaws Have Any Children?

As far as we can tell, the street racer does not have any children.

Not much has been revealed about racer’s education history. As far as we know though, he has not gone to college.

What is Daddy Dave from Street Outlaws Famous For?

As you probably already know, Daddy Dave is best known as one of the main street racers on Discovery’s Street Outlaws.

Where Does Daddy Dave from Street Outlaws Live now? Photos of his House

Unsurprisingly, he resides in Oklahoma, where he continues to involve himself in the street racing scene.

What Kind of Car Does Daddy Dave from Street Outlaws Drive?

How Much Money Did Daddy Dave from Street Outlaws Make Last Year?

In 2015, he suffered life-threatening injuries after being involved in a serious car crash. Fortunately, he has since fully recovered from the ordeal. In fact, it was after the incident that he started to build his current drive, the Goliath 2.0.

If you want to keep up with Daddy Dave’s latest activities, why not give him a follow online? You’ll be happy to know that he’s active on both Twitter and Instagram. Of course, there’s also his Facebook fan page, that you can check out here.