Tickle from Moonshiners Net Worth 2018 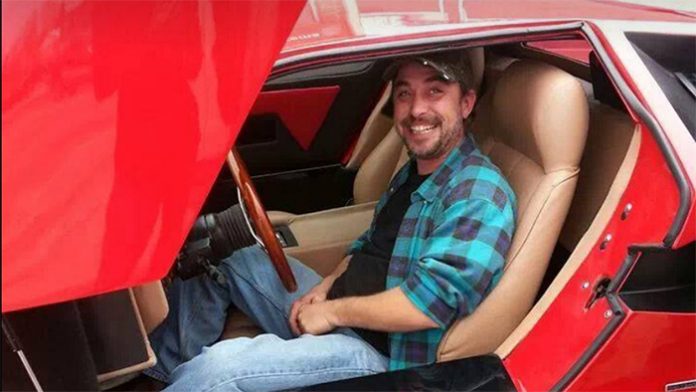 Steven Ray Tickle—aka “Tickle” is best known for his appearances in the docudrama, Moonshiners. Introduced in the series premiere, he and his partner Tim have been featured in all seven seasons, the last of which aired earlier this year.

Outside of reality television, he runs a fishing store called Tickle’s Tackle—which is designed to hide his illegal moonshining activities—in Gretna, Virginia. In 2013, the business was featured in the spin-off series, Tickle.

How lucrative is his career as a moonshiner? How much is the 41-year-old paid for his work in the docudrama? How much has he earned from Moonshiners over the years? According to some sites, Steven Tickle has amassed a net worth of $300,000 as of 2018. Where did he earn the bulk of this from? The TV show? His business? Let’s find out.

How did Tickle from Moonshiners Make His Money & Wealth?

Born on November 30, 1976, Steven Ray Tickle is the son of Lois Eileen Tickle, whom he is incredibly close to. At this time, not much is known about his early life. According to some sources, however, he had gotten himself involved with drugs such as cocaine in his teens, after his father fell ill. Ultimately, it wasn’t until the 2010’s that he started to make himself known on television.

In 2011, he began to star in the docudrama, Moonshiners. Narrated by Jeremy Schwartz, the series follows the law-evading lives of moonshiners—that is, people who produce and sell liquor illegally—in Virginia, South Carolina, North Carolina, Kentucky, and Tennessee. Members of the main cast, Tickle and his partner Tim were introduced in the first episode, which centered around them scouting for an area for their operations.

Popular among viewers, the premiere attracted over 2.8 million viewers in the United States. Following a seven-episode run, Moonshiners was renewed for a second season, which aired in the fall of 2012. Since then, the docudrama has continued for several years; as of 2018, there have been seven seasons. While the cast has changed over the years, Tickle and Tim have remained on the show for all seven seasons. Some of the newer moonshiners featured in the series include Big Chuck, Patti, David and Digger, to name a few.

How much is Tim paid for his appearances on Moonshiners? Unfortunately, as much as we’d like to know, details of his salary have not been disclosed to the public. Given how popular the show is, however, it wouldn’t be surprising if he earns at least $10,000 per season.

Two years after rising to fame on Moonshiners, he was given his own spinoff titled, Tickle. Filmed on location in Gretna, Virginia, it follows Tickle as he opens a store called Tickle’s Tackle in attempts to sell his stash of moonshine. Premiered in 2013, it ran on the Discovery Channel for one year.

As far as other ventures go, it’s said that he is also a qualified carpenter; in 2013, it was revealed that he had helped to build the popular Clyde’s Restaurant in Washington, D.C.

Unfortunately, Tickle is rather tight-lipped about his personal life. As far as we can tell, he is not married.

Does Steven Tickle Have Any Children?

No, from the looks of it, Tickle does not have any children.

Does Steven Tickle Go to College?

Information on Tickle’s education background is not available at this time.

What is Steven Tickle Famous For?

In 2011, Steven Tickle began to star in the docudrama, Moonshiners. Responsible for his rise to fame, it eventually led to a spinoff titled, Tickle, which aired in 2013.

Steven Tickle lives in Pittsylvania County in Virginia. For work, he frequently travels to Gretna. We do not have any pictures of his house at this time.

What Kind of Car Does Steven Tickle Drive?

We do not have any information on Steven Tickle’s vehicle.

How Much Money Did Steven Tickle Make Last Year?

Details on Steven Tickle’s 2017 salary is not available at this time.

Most recently, Tickle starred in the seventh season of Moonshiners which ran from November 2017 to March 2018. For now, it’s unknown whether or not there will be the eighth season.

What’s the moonshiner up to? If you’re a fan, how about following him on social media? You can find Tickle on Twitter at @TickelShine or on Instagram at @Steventickle. On Facebook, he also has an official page that you can check out here.