Linda Bean has the distinction of being closely related to the founders of LL Bean, although that is not all she is known for. In addition to being an heiress to the impressive clothing business fortune, she also ran for Congress as a Republican Party candidate. She is a prominent person in Maine, and she owns her own businesses there.

How Did Linda Bean make their money & wealth

Linda was born Linda Lorraine Bean on April 24, 1941, in Maine. Her parent’s names are unknown – they aren’t mentioned on the Wikipedia pages for either Linda herself or the LL Bean business page. We do know that her grandfather is Leon Leonwood Bean, who founded the multimillion-dollar company LL Bean in 1912.
Not much is known about Linda’s early life. She graduated from Antioch College in 1963 with a Bachelors in Business Administration. She also attended Alaska Methodist University in 1965 to study Ecology. She only ended up staying there for a year and did not follow through with a degree. She was born into the LL Bean dynasty, so her net worth was impressive even at birth. She owns a portion of the business and has a place on its board of directors.
When Linda was 66, she decided she was not quite busy or rich enough, and she dove headfirst into Maine’s infamous lobster industry. She began by purchasing a single dock in the Port Clyde area, using her business acumen to build it into a thriving business, owning many wharves all over the Maine coastline.
Maine Lobster is not the only regional business that Linda Bean is involved in. She runs a few companies under the moniker of Linda Bean’s Perfect Maine, including maple syrup production facilities, general stores, wedding/rental spots, as well as cottages that are available for calming vacations. She also runs various restaurants like the Barn Cafe and Ocean House and Dining Room. Linda is a busy woman. That is not even half what she has accomplished.

Linda has been married three times. Not much is known about her first husband. He left her a widow, according to the Bangor Daily News. Soon after, she was married to a much older man named Verne Jones. He was a conservative farmer who introduced his ex-wife to Republican values and politics. After Verne died, Linda married for the third time.

Linda retired from running her many Maine businesses. She did not draw a traditional salary in 2018. She still has a stake in them, but it is not known exactly how much the wealthy heiress made this year.

Linda ran for Congress in 1988 as a Republican candidate, despite previously being a Democrat, and again in 1992. She lost both times. 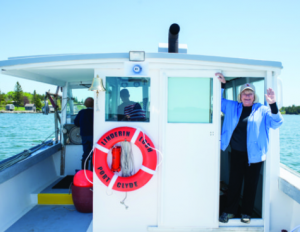 From the description of Linda’s house in this article, she seems to have simple tastes in accommodations. The house is described as being “small” and typical of a domicile that you would expect to see in New England. She also has an unattached dock, where she keeps her yacht. 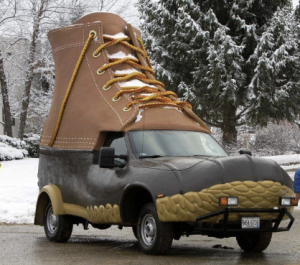 While you can be sure that Linda does not drive this funky vehicle herself, the L.L.Bean Bootmobile is certainly worth mentioning. The boot-shape sits atop a pickup truck chassis. It resembles a signature LL Bean boot- the top is laced up light brown leather, with a darker bottom.

Linda earned herself and LL Bean some raised eyebrows and protests when she donated a hefty $60,000 to the Trump campaign – after he already won the election. The heiress is a well-known conservative, but she overstepped the bounds of campaign contributions for an individual person. According to the Federal Election Commission, the limit is $5,000 for a single person. To avoid facing an audit, Linda formed a super PAC called Making Maine Great Again. A protest was organized against LL Bean in response, even though she is just one of 10 board members for the business.

Linda also gives generously to charity. She gifted $3,000,000 to the LifeFlight Foundation of Maine. This aided the foundation in purchasing a third medical helicopter. The state uses the helicopter as a flying ambulance in some of its more remote areas. This donation occurred late in 2014 after a well-publicized accident occurred in an area of Maine that was difficult for normal emergency personnel to get to.