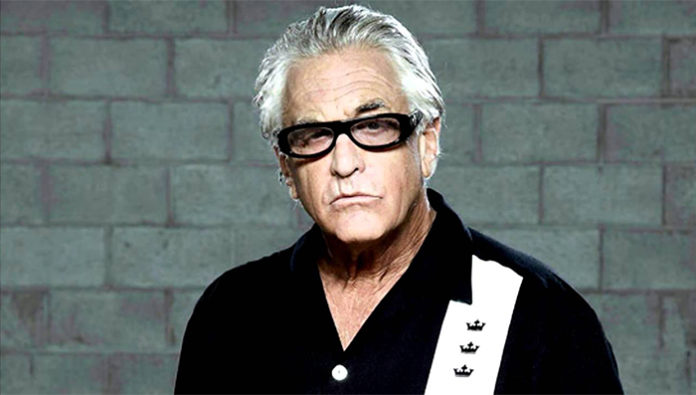 Antique collector Barry Weiss first came to public attention after starring in the A&E reality series, Storage Wars. Known for his eccentric stunts, the 66-year-old has been collecting treasures ever since he was fifteen. After making his debut on the show in 2010, he remained for four years until the end of season four.

Following his time on Storage Wars, Weiss received his own spin-off series, Barry’d Treasure on A&E, which followed him as he traveled around the country in search for rare collectibles. More recently, he also made a surprise return to television in Storage Wars: Barry Strikes Back (2015).

Aside from being a dedicated collector and reality star, Weiss is also the co-owner of a produce company, through which he sales vegetables and fruit. Here’s a bit of trivia for you, their wholesale distributor company has been up and running since 1938!

According to various sites, Barry Weiss currently has an estimated net worth of $10 million. How did he come about this money? What allows him to be able to afford so many storage lockers on the show? Let’s find out.

How did Barry Weiss Make His Money & Wealth? 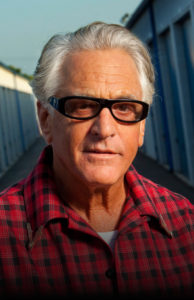 An eccentric collector, Barry Weiss has been collecting antiques ever since he was a teen, a passion that continues to this day. Throughout his many years of collecting, he has gained a wealth of knowledge for a variety of items from war relics to classic cars. Unfortunately for fans, not much is known about his early life, other than the fact that he grew up in California.

In 2010, Weiss rose to fame after being cast in the A&E reality series, Storage Wars. One of the most popular shows on the network, it centres around a group of professional buyers who auction on a number of abandoned storage lockers, based on a quick 5 minute inspection of its contents- their goal being able to “flip” and turn a profit on the items.

One of the original cast members and participants, Weiss made his debut in the first episode of the first season, which aired on December 1, 2010; ultimately, he stayed for four seasons until the summer of 2013. During that time, they were joined by Dan and Laura Dotson, Jarrod Schultz and Brandi Passante, Darrell Sheets, and Dave Hester. Ultimately, it was thanks to the popularity of the show that Weiss was able to become a reality TV star.

In the first season, Weiss spent a total of $8,165 on storage lockers. Although some ended up in a loss, he was ultimately able to triple his money, with a net profit of $23,394 by the end of the season. In total, his profit earned per dollar spend ended up being $2.86.

The following season, his spendings took a huge leap- in total, he had spent $26,782 on various lockers. With this, he was able to increase his profits to approximately $32,800- close to $10K more than what he’d earned from his efforts during season one.

After four years on the show, the antique collector quit Storage Wars in 2013. According to reports, Weiss made the decision to part ways with A&E following allegations that “the show is unauthentic”. Although it took a while for them to announce his leave, it was apparent early on that he wouldn’t be coming back for season five.

How much was Weiss paid for being on the show? Allegedly upwards of $10,000 per episode. Assuming this to be true, his earnings per season would easily be in the six digits.

After leaving Storage Wars, Weiss landed his own spin-off series with A&E titled, Barry’d Treasure. Premiered in March 2014, it followed the collector around the United States as he sets off in search of rare collectibles and antiques. In total, the series ran for eight episodes- the majority of which attracted over 1 million viewers.

Aside from television, he also co-owns a produce distributor company called Northern Produce with his brother, Joey. Located in Commerce California, they’ve been selling vegetables and fruits for many decades- since 1938 to be exact. Judging by how long they’ve been in the business, it’s hard to imagine anything other than the fact that they’re incredibly successful.

While he’s currently not married, he was at one point some thirty years ago. From we know, Weiss has never mentioned his ex-wife on television.

Does Barry Weiss Have Any Children?

Yes, Barry Weiss has two sons with his ex-wife.

Did Barry Weiss Go to College?

From what we can tell, Barry Weiss did not go to college- although not much is known about his early life.

The antique collector currently resides in Los Angeles- the same city that he’s lived in his entire life. According to various reports, he resides in a Spanish Revival Home that was originally built in the late 1920’s.

We do not have any pictures of Barry Weiss’ house to share at this time.

What Kind of Car Does Barry Weiss Drive?

Not only is he a collector of antiques and valuables, but he also has an impressive collection of vehicles- one of which includes a custom 1947 Cowboy Cadillac (the same car that he’s often spotted driving in Storage Wars), that is designed by Frank DeRosa.

More recently, he showed off his 1939 Lincoln Zephy in the 14th season of Storage Wars. Originally built by Terry Cook, the vehicle, which is named ‘Scrape’, was sold at auction for $250,000 in 1999 and had remained in an automotive museum for many years before being bought by Barry Weiss for $55,000. Since then, he has changed the color from purple to black and swapped out its hydraulics for airbags. Not only that, but he also put diamond step plates on the rocker panels.

How Much Did Barry Weiss Make Last Year?

It’s hard to determine his exact earnings as they’ve never been revealed to the public.

Barry Weiss left Storage Wars during the fourth season in 2017. Allegedly, he had “had enough” and wanted to leave while it was still popular. After leaving, he went on to pursue other projects. In 2019, it was announced that he’d become the official spokesperson and ambassador for Sherwood Valley Casino in Willits, California. Not only was he involved in television, print, radio, and outdoor advertising, but he also helped with the casino’s public relations efforts. As part of his casino ambassadorship, he even participated in meet-and-greet events with fans.

Later that year, he come back briefly for the documentary Beverly Hills Garage – The Bruce Meyers Project. In April, however, he was involved in a serious motorcycle accident along with his friend (the two had been riding together). According to TMZ, they had crashed into a car that was pulling out of a parking spot. As a result, Barry suffered numerous injuries to his chest and arms. He also suffered internal injuries as well as broken bones. Ultimately, he had to stay in the ICU for several weeks, where he underwent several surgeries to fix his femur and back. He was later discharged, though he had to remain at home for a long recovery period.

Following the accident, he made a surprise return to Storage Wars in 2021; it was his first appearance on the show in nearly a decade. While the show was filming the first episode, he pulled up in style in a 1939 Lincoln Zephyr, one that’s retrofitted with a flamethrower exhaust. It wasn’t until he rolled down his windows that his former co-stars realized who it was behind the wheel. He later followed up with the question, ‘did you miss me?’.The season premiered on November 2, 2021, and ran for 22 episodes, ending on January 18, 2022.

Currently, it’s unknown whether or not there will be a season 15 (A&E has yet to make an announcement). If it’s renewed, however, there may be a chance that we’ll see the ‘Collector’ back on the screen.