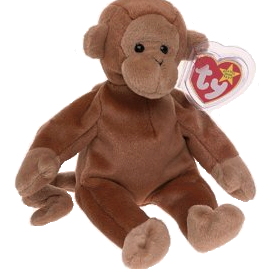 Back in the 1990s, Beanie Babies, little stuffed animals, were considered to be something as valuable as gold, or a piece of artwork. Many people would go crazy over each model’s release, and they would rush to buy them with the end goal to be to get in on the next most valuable Beanie Babies stuffed animal.

Sometimes it worked out, with some models being worth well over one hundred thousand US dollars. However, many times people would waste their money on models that didn’t become valuable.

Today, Beanie Babies may no longer be the next hit sensation, but they are still worth collecting. Sometimes one could get lucky and get a Beanie Baby with a misspelled name on the tag, or a unique color difference. This would result in a higher value, which means the owner could sell it and make a large amount of money.

Below is a list of the top Beanie Babies in order of value. Maybe after reading this you should look through your collection. Maybe you have had gold sitting in your attic now in 2022 and never even knew… 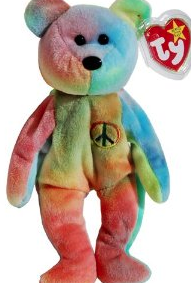 This Beanie Baby is a bear that is uniquely colored in tie dye. Because of the unique coloring process, no two Beanie Babies of this model are the same. Peace and Garcia are almost identical, except Peace has a peace sign embroidered on its chest. Garcia looks exactly the same; however it doesn’t have the peace sign on its chest. This is one of the most popular Beanie Babies for those who are starting a collection of valuable ones or are trying to have something to brag about. Because of this, it is low on our list, but nonetheless, it is still an important Beanie Baby to have in your collection. 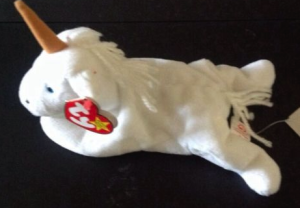 Mystic the unicorn is a great Beanie Baby to add to your collection. It is more valuable than Peace or Garcia, and it is also worth more. Ty Inc. – the company that designs, manufactures, and produces Beanie Babies – released many different versions and variations of this classic. Some of the oldest ones contain a soft cloth horn and yarn mane, however even rarer variations have a rainbow colored fur mane and a fabric, iridescent horn. The first edition of Mystic the unicorn is considered to be the most valuable and most coveted, however some collectors prefer the aesthetics of the special edition versions with the unique colors and fabrics. 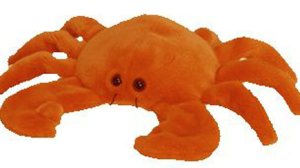 Digger the Crab was released in June 1994. There are two color variations: orange (first release) and red (second release), the former of which is much harder to get ahold of. Because of this, it’s more valuable among collectors.

Aside from the color, however, they both have eight legs and two large pinchers. He also has black thread antennae on the front of his face. 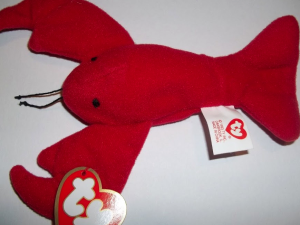 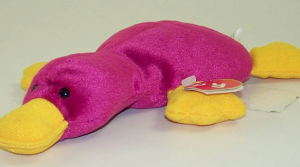 Patti the Platypus came out in early 1995. One of the original Beanie Babies, it’s even older than Nana the Monkey, Pincher the Lobster, and Digger the Crab.

There are four versions: Fuchsia, Magenta, Raspberry, and Deep Fuchsia. While all the color variations are cute with black button eyes and a yellow bill, it’s the magenta version that fetches the most money.

Brownie the Bear was one of the original Beanie Babies that came out in 1993. However, it was quickly retired due to a spelling error. As such, it was only available for a few months. If anything, that’s what makes it so valuable; there are only a limited number of them out there (the bear was later re-introduced under the name ‘Cubbie’ but those aren’t the ones that fetch a high price).

And here’s another interesting face—because the original Brownie was released with a first-generation tush tag, he does not come with a poem or birthday. 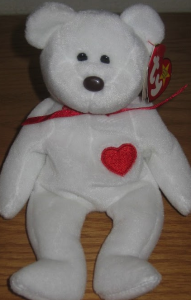 Valentino was released on Valentine’s Day in 1994. A white bear, he has black eyes, a brown nose, and a red heart embroidered on his chest. There’s also a red ribbon tied around his neck.

Contrary to popular belief, tag errors add no additional value to the bear as these errors were mass-produced at the time. The color of his nose has nothing to do with it as well. Rather, it’s the Valentino bears with a 2nd or 3rd generation swing tag that are sought-after (the former more so than the latter). 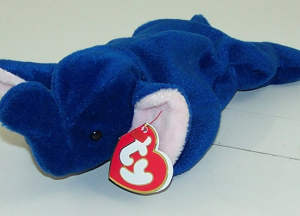 Peanut the Elephant was released on June 3, 1995. He had a long trunk, black button eyes and was made from a deep royal blue material. This particular version, however, was quickly retired after just a few months as the color was a production error. Only 2,000 were produced, which makes them highly sought after by collectors.

A light blue version of Peanut the Elephant was subsequently released on October 1, 1995. A Teenie Beanie version was also available in Mcdonald’s in 2000, however, it’s not nearly as valuable.

1. Princess the Bear – The Most Expensive Beanie Baby 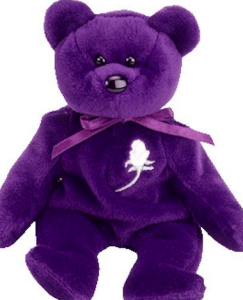 The Princess Bear, also known as the Princess Diana Bear, is the most expensive beanie baby in the world. Released in October 1997, just two months after the death of Princess Diana, the purple bear comes with a purple ribbon and white rose emblem, the latter of which is embroidered on its chest.

The true value of the bear, however, depends on what materials it’s made of. As it is, most of the Princess Bears that were sold in the late 90s were filled with polyethylene pellets. Unfortunately, this version isn’t very valuable. Rather, it’s the PVC pellet version that’s sought after by collectors. In January 2019, someone had purchased one of these bears for an alleged $10,000.