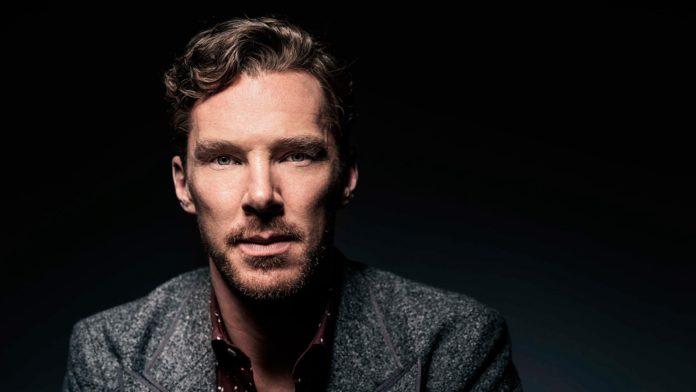 Some actors work hard to snatch a little piece of the limelight from life and others are born with the kind of talent that lets them effortlessly glide through the industry but when an actor is a combination of the two, he or she is destined for fame. This is certainly the case for Benedict Cumberbatch, whose natural acting skills and decades of honing his craft have led to him being a household name (and it’s such a fun name to say!). From his theatre roots to TV stardom to the silver screen and his heartthrob status, he’s the real deal and worth every penny he makes. But just how much is that and what’s his whole story?

How Did Benedict Cumberbatch Make His Money & Wealth? 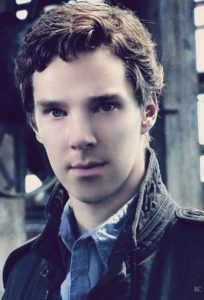 Born Benedict Timothy Carlton Cumberbatch on July 19, 1976 in West London, England, to two veteran actors (Timothy Carlton and Wanda Ventham), Benedict has a half-sister (Tracy Peacock) and was born into a family with military and high society connections going three generations. He started boarding school at age 8, at both Brambletye and Harrow Schools for the performing arts, acting in dramas and Shakespeare throughout his school career and winning high acclaim from audiences and teachers alike. Benedict spent a gap year abroad, teaching at a Tibetan monastery in India before returning the the UK to earn a bachelors in Drama from the University of Manchester and a masters in Classical Acting from the London Academy of Music and Dramatic Art. The theatre was the first stop for this newly minted professional and Benedict was a natural, playing in dozens of shows to rave reviews on London’s finest stages, including Regent’s Park Open Air Theatre and the Royal Court and Royal National Theatres.

Television was Benedict’s next stop, taking small roles and continuing with theatre throughout the early aughts. His first major TV role came in 2004, as Stephen Hawking in the series Hawking and also provided the narration as Hawking for the series Curiosity, marking the beginning of his professional voice work career. Benedict’s first film role came in 2006 (Amazing Grace) and he spent several years balancing TV and film roles, earning a serious following and building a very impressive resume. 2010 was a breakthrough year, as he signed on to play Sherlock Holmes (with Martin Freeman as Dr. Watson) on the BBC/PBS series Sherlock, a role that would captivate the younger generation and transition Benedict from outstanding actor to major male idol. In 2012 he provided the voice work and motion capture for Smaug the dragon in The Hobbit: An Unexpected Journey, a role he would reprise for the rest of the trilogy. Hollywood had noticed Benedict Cumberbatch and they were in love with what they saw. A role in JJ Abrams Star Trek film series would follow as his work on Sherlock continued and he had major roles in several award-winning films. In 2014, Benedict portrayed the martyred genius Alan Turing in The Imitation Game, earning him a spate of award nominations and critical praise. In 2014, TIME magazine listed him in the top 100 Most Influential People in the World, an honour not lightly given, and in 2015 he was appointed as a Commander of the Order of the British Empire (CBE) from Her Majesty the Queen for his work in charity.

Sought after for his amazing talents in theatre, film, and voice work, Benedict Cumberbatch is a A-list star. Most recently, he joined the Marvel Cinematic Universe playing the surgeon-turned-magician-superhero in Dr. Strange much to the sheer delight of his younger fans and is cast as the titular character in the upcoming remake of How the Grinch Stole Christmas. Though he makes it look easy, Benedict comes from a family with a history in the visual arts and has been studying acting since childhood, earning two degrees in drama before he even tried to make his big break. Natural talent surely greased the skids there but a life of hard work seems to be paying out in spades. 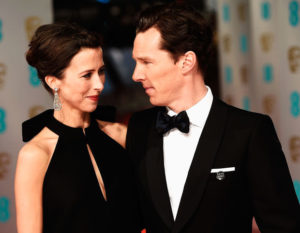 Sorry to break everyone’s hearts, but Benedict is married. On Valentine’s Day, 2015 he married director Sophie Hunter after a short engagement and a 17 year friendship in a ceremony on the Isle of Wight (UK). Sophie is a lucky woman, as Benedict has been named the Sexiest Man Alive by both Empire and People magazines, not to mention scores of independent lists, as well as being named as one of the Most Eligible Bachelors in the United Kingdom by the Tatler in 2012. He’s stated that “there’s no one else I’d rather spend my life with” and the best romantic advice has always been to marry your best friend, so it looks like Benedict and Sophie are set! The couple has two children, Christopher Carlton (2015) and Hal Auden (2017) but has been tight-lipped on if they’re planning for a larger family.

Did Benedict go to college?

Benedict studied at the University of Manchester, earning a bachelors degree in Drama and then returned to higher education in grad school, earning a masters in Classical Acting at the London Academy of Music and Dramatic Art. Tell that to your parents next time they tell you that acting will get you nowhere!

Has Benedict won any awards? 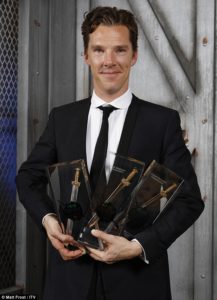 What causes does Benedict feel passionate about?

Benedict is an ambassador for the Prince’s Trust and has focused a lot of time and energy into his work for charity. He’s worked with countless charities with the goal of bringing the arts to young people in need, as well as his work with the Motor Neuron Disease Association following his portrayal of Stephen Hawking, and was an early advocate of the ALS Ice Bucket Challenge which ultimately raised over $100 million for ALS research as well as setting up his own fund to benefit the ASL Association. Benedict considers himself a straight ally to the LGBT+ community and has officiated at the same-sex wedding of friends in 2013, speaking publicly about his own sexual experimentation after portraying Alan Turing in The Imitation Game. He also works towards women’s sufferage, cancer awareness, and has been a tireless campaigner to help save and rehome Syrian refugees fleeing their war-torn homeland.

What does Benedict do with his wealth? 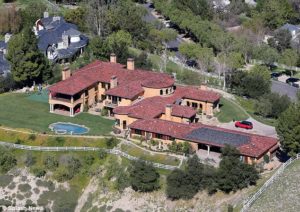 While he famously crashed a Lamborghini in Dr. Strange, Benedict isn’t given to driving or collecting flashy expensive cars, rather he travels occasionally by motorbike or even takes public transport around the UK, only rarely driving. However, being worth $20 million does come with its perks, including a £2.7 million ($3.5 million) mansion in the ritzy Camden district of North London. Recently renovated, it features several balconies that look out over the area, and three floors of cozy rooms built in the traditional conservative London style. That’s not his only property, as he also owns a £10.8 million ($14 million) sprawling mansion in Los Angeles, a true Tuscan-style villa. Coming from a wealthy, upper-class background, Benedict and wife Sophie aren’t given to heedless excess and both are known for their commitment to charity, both in time and their own money. After all, with two young sons, expenses can mount, especially as both those boys will be wanting to attend university at some point and future tuition might well cost him at least a few more seasons of Sherlock!

Benedict Cumberbatch is a man astride in the height of his fame. Decades of hard work in acting, from childhood to long hours in the theatre, and then to bit parts in TV and film have paid off in a big way! Rich, handsome, successful, with a wife he cherishes and children who are his pride and joy, it can truly be said that he’s made everything of what he was given. What’s next for this mega-star? We don’t know but we can’t WAIT to find out!