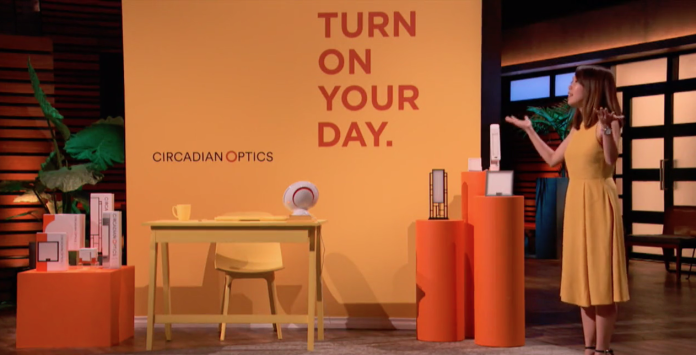 Humans have always needed light to keep their sleep cycle balanced. Light gives necessary vitamins and helps the human body keep its internal cycle in check. When people are exposed to natural light, their sleep cycle becomes balanced, their inner clock resets, and their brains become more active. However, with most people spending their time indoors and workplaces being in offices with insufficient daylight, this becomes a problem. That’s where Circadian Optics comes in. 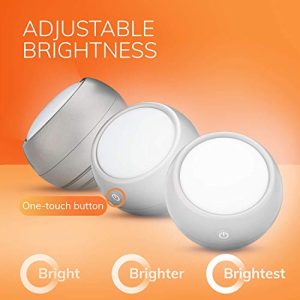 Circadian Optics’s lamps were designed to help supplement the human body with the natural light it needs to have a healthy brain and a balanced sleep cycle. The product is a bright light therapy lamp that makes up for the body’s lack of natural light. It is designed specifically for those who work in a light-deprived office or from home, where sunlight is sparse.

Malaysian entrepreneur Amber Leong founded Circadian Optics in 2016. Leong came up with the idea when she was working in a dimly lit office in winter. The lamp she designed is perfect for resetting your Circadian Rhythm (your body’s inner clock) and your sleep cycle. Leong’s Circadian lamps also help enhance your brain activity and productivity. Some studies even suggest that these lamps help improve sleeping patterns in those suffering from sleep issues.

The company has a variety of lamps in different shapes, sizes, and colors. Amber Leong sold her lamps on Amazon and on her website. Circadian Optics was so successful that it had done $7.4 million in sales since the company started. Amber went on Shark Tank seeking an investor that could help guide her to improve and expand her already successful company.

Amber Leong appeared on season 11 of Shark Tank to pitch her company, Circadian Optics. The young Malaysian entrepreneur pitched her product, calling it a “miniature sun on your desk.” Amber said her inspiration for Circadian Optics was that she grew up in Malaysia but had moved to Minnesota; due to her job, she was unable to get natural sunlight into her body. 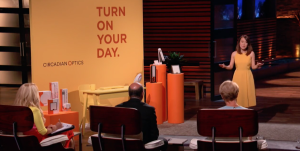 She claimed the lack of light affected her body negatively; she couldn’t sleep well at night, felt sluggish, and had trouble concentrating while on the job. Leong tried using a therapy lamp at her office, but it caused her coworkers to tease her because of its size and shape. That’s how she found the gap in the market and was inspired to design her Circadian Optics bright UV-free therapy lamps.

Amber Leong was seeking $750,000 for 10% of her company. Rohan Oza was curious about the high valuation. She said the company had lifetime sales of $7.4 million, but Rohan wanted to know her annual sales. Amber claimed the company made $4 million in sales in 2017.

Barbara Corcoran wanted to know her method of sales and her average sale. Leong said that all of her products are sold online, and the average sale is $57.99 with a 70% margin. She said that last year the company had made $652,000 in revenue. This year she is projected to do $5.6 million in sales, which will net her $1.3 million in revenue. Amber Leong said she came on Shark Tank to find a strategic partner to help expand her company. She is currently only selling her products online and wants to expand her company and sell her products in stores across the country.

Lori asked about her backstory. Leong said she grew up in Malaysia in a poor household. When it was time for her to go to college, her parents retired and gathered all the money they could to pay for her education and a one-way trip to America. At the age of 19, she traveled to the US alone using her parent’s retirement money. She then started to get emotional in front of the sharks.

After nine months in the US, she was diagnosed with Toxic Shock Syndrome, a life-threatening bacterial disease that only gave her a 50% chance of survival. Her parents couldn’t visit her because they didn’t have an American visa, so she had to endure alone. She managed to survive, and her experience changed her entire outlook on life; she wanted to accomplish something meaningful with her one life, so she went to undergrad school and landed a six-figure job. Leong sent money home to her family whenever she could. She managed to save up enough money to start her own company, Circadian Optics, and build it to become a success.

The story left the judges emotional and in tears. Mark Cuban commended her and said she represents entrepreneurship, success, and the American Dream. Lori loved her story and wanted to make her an offer, but she wanted Mark Cuban to invest with her. 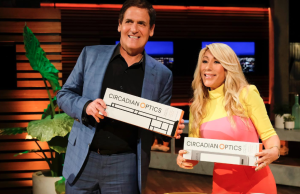 While Lori and Mark discussed privately, Kevin O’Leary wanted to know how an investor would get their money back if they invested in her company. Leong claimed he would get the money back when the company scaled, and she is open to discussing the details after they make a deal. She said she would spend the money on inventory to fulfill her influx of orders online.

Rohan Oza said he loved the company and the goals, but he didn’t know how to help the company grow further, so he was out.

Mark and Lori returned to their seats with an offer for Leong: They offered $750,000 for 20% of the company.

Kevin and Barbara discussed with each other and made Leong the same offer: $750,000 for 20% of the company.

Mark and Lori said they would give her an extra $50,000 for her parents, raising their offer to a total of $800,000. Amber Leong was so happy with the offer that she didn’t try to negotiate, accepting it immediately. Circadian Optics left the Shark Tank with an $800,000 deal with Mark Cuban and Lori Greiner.

Circadian Optics Now in 2023 – The After Shark Tank Update

Unfortunately, the deal Amber Leong made with Mark Cuban and Lori Greiner on Shark Tank was never finalized. However, that didn’t stop Amber Leong from growing her business and succeeding on her own. Circadian Optics in 2023 has expanded since its appearance on Shark Tank. The company now has four products on sale with a variety of different shapes, sizes, and models. The bright therapeutic lamps range from $24.99 to $69.99 in price.

Circadian Optics is very successful on Amazon and has seen a spike in sales after its appearance on Shark Tank. In 2022, the company reported $4 million in annual revenue and is on track to increase its sales and net worth. Amber Leong, the first Malaysian entrepreneur to pitch her company on Shark Tank, managed to succeed and grow her company despite not closing her deal with Mark Cuban and Lori Greiner. You can find out more about Circadian Optics here.