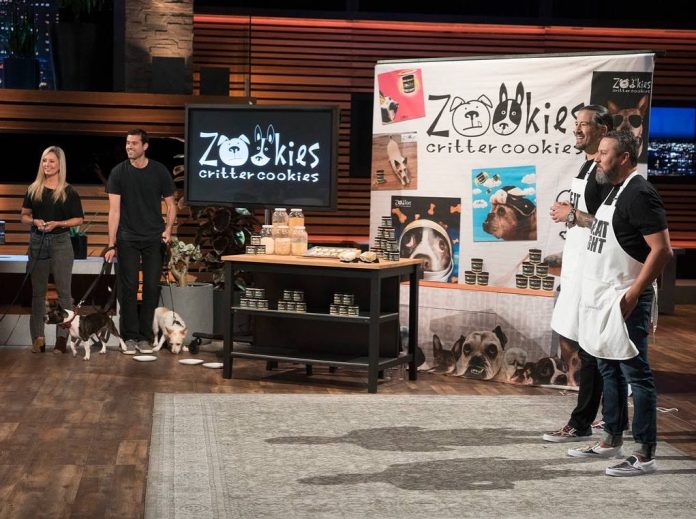 Zookies Cookies is a company that makes barter that customers can then bake to make cookies. Although the cookies can be eaten by humans, they are liked most by dogs and the company makes them as an ideal treat for pets. Zookies Cookies was started by Justin Miller and Tom Simon.

The peanut butter cookies are 100% plant-based. They are also gluten-free without added preservatives or sugar. The founders claim that the cookies are some of the easiest to make. Baking cookies is a tedious process and there are cases where people lose recipes so it’s very easy to get things wrong.

Pre-made barter removes a great amount of work and is one of the reasons that anyone would want to use it. With Zookies Cookies you can do this and you can do it for your dog too. To make the cookies you pour the mix into a container, add water, stir, and then bake. With the use of cooking utensils, the dough can be shaped in a variety of ways making them not just a healthy meal but a beautiful one too.

Although Justin and Tom had made significant progress since they started, they needed the expertise to help them grow further with better sales and finding new revenue streams.

These were the reasons why they wanted to be on Shark Tank. They were invited on the 14th episode of the tenth season. This episode featured Alli Webb, the founder of Drybar as a guest shark. 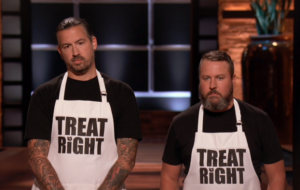 Justin and Tom were looking for $50,000 and were offering 20% of the company. When they were on the show, they gave the sharks samples to taste. Robert was the first to state his dislike for them but the other sharks soon followed suit. It was only after they did so that the entrepreneurs informed them the cookies were to be eaten by dogs.

Some dogs were brought out and they ate the cookies with enthusiasm. Alli Webb was the first to say that she thought that somebody would buy the product as she knew that her brother would do all sorts of things for his dog. Lori acknowledged the product’s value but was concerned about there being other similar products. Robert agreed with her.

Justin said that they differentiated themselves from other companies with their use of ingredients that humans could also eat. Justin had said that the cooking experience was something that people would be interested in. He also said the healthy ingredients differentiated them from others because other products used preservatives that weren’t healthy.

Alli asked them what they needed and they said that they needed a strategic partner more than capital. They thought they had an opportunity to increase sales by expanding to BigBox retailers while retaining their social media sales avenues. 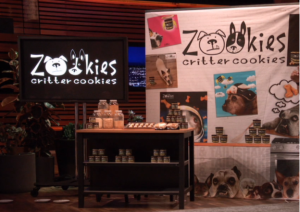 Kevin asked them what kind of big boxes they were targeting. Justin said that they targeted pet stores although the competition was heavy. Health food stores were another potential source of revenue. Kevin said that the baking aspect of the product wasn’t very clear when someone looked at the package and Alli agreed. Alli then asked if they were willing to make some changes to the packaging.

Tom said that they had been making changes as they grew and they are willing to make changes as they continued.  Lori then left. She said she didn’t see the product being used regularly by people although it would make a great novelty item.

Robert was the next to leave. He said that he didn’t believe that people would take the time to bake them for their dogs. Alli said that she believed that she could help them expand to retail so she offered $50,000 but for 30% of the company. Kevin said that he had gifting companies and he could add them to his portfolio. He then offered them the $50,000 for 33% of the company.

Kevin then said that he thought he brought more value than Alli. Mark Cuban said that he had very little knowledge of the hospitality sector and so he was out.  The pair from Zookies Cookies then chose Alli. The pair said that having Alli as a partner felt fantastic because she had a lot of experience with packaging. 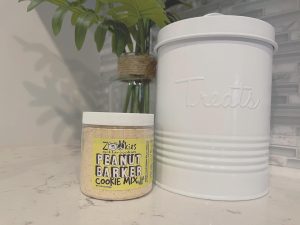 Zookies Cookies enjoyed a tremendous amount of success from being on Shark Tank alone. 5 months after the show aired, they reported revenue of $124,000. The year after, they reported doing sales that was ten times what they had done before.  By 2022, they’ve managed to secure shelf space in various retail stores with at least 17 stores in the West Coast area now stocking Zookies Cookies.

Zookies Cookies can also be found on Amazon and it has an average 4.2-star rating. The company has also continued with its social media sales and has 4041 followers on Instagram and 5800 followers on Facebook.  Anyone who is trying to get on Shark Tank should definitely read up on them to see how much of a difference an investment from the sharks makes.