How to Get Amazon Prime for Free in 2018 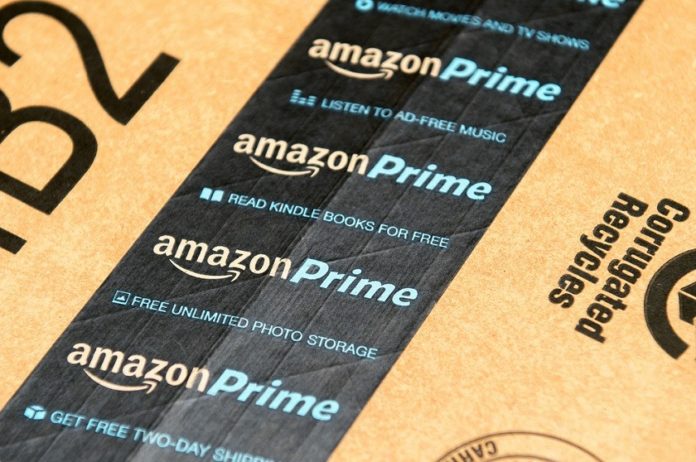 Amazon is without a doubt one of the biggest online retailers in the entire world. It has a lot to offer, selling clothes, electronics, home media, homemade goods, food, and even services. In short, it’s a one stop shop whenever you have to buy something online. Amazon on its own is pretty great, but it has a service called Amazon Prime, which is meant specifically for people who use Amazon more often. Amazon Prime is a phenomenal program, and its members are able to take advantage of a ton of different member-exclusive perks. However, Amazon Prime is sort of costly. A standard membership costs $99 per year, and a student membership costs $49 per year. This is something that a lot of people may be hesitant to pay for. In this article, I’ll talk about why Amazon Prime is so great, while also making sure to talk about how you can give this service a try without even really paying anything. Without further ado, let’s get right into this.

To take advantage of Amazon Prime for Free You Can Click Here.

What are benefits of having Amazon Prime?

There are a ton of different benefits out there for Amazon Prime members. The one that you’ve probably heard the most about is the free two-day shipping. Amazon shipping costs obviously depending on what you’re buying, but for most purchases you can expect standard shipping to run you between $5 and $10. Standard shipping usually has your item coming within 3-5 business days. With Amazon Prime, however, Prime-eligible purchases are guaranteed to get to you within two business days at no cost to you. You can buy 5000 different things over the course of the year and, as long as you’re under your Prime membership, it all gets to you for free and in two days. Although that’s probably the most popular benefit of being an Amazon Prime member, there’s more to it than that. 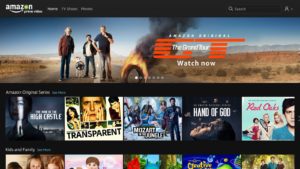 Another really cool aspect of being a Prime Member is that you gain access to Prime Video. You may not know this, but Amazon has a streaming service that hosts a wide variety of different popular movies and television shows. Any Amazon users are able to rent or buy these movies or television shows, and they can go on to stream the media to their television if they so choose. However, if you’re an Amazon Prime member, then you instantly gain access to a large library of television shows and movies that you can watch entirely for free. Just like with a streaming service like Netflix, you can use Amazon’s library to The Prime library is constantly expanding and changing, and it’s really neat to have a video streaming service basically bundled in with all of the other benefits that come with Amazon Prime.

Those are the two main draws to Amazon Prime these days, but there are several other benefits that people get really excited about. First of all, Prime members gain access to exclusive deals during Amazon Prime Day. This year, Amazon Prime Day will be held on July 11th, and it promises some amazing discounts and sales for Prime members. Prime users receive unlimited photo storage through Prime Photos. Prime Users also receive access to a ton of different free books, magazines, and audiobooks through Prime Reading. Another really neat benefit of being a Prime member is Twitch Prime. If you’re someone who plays a lot of video games, Twitch Prime is a service that provides you with free gaming content on a monthly basis, as well as exclusive discounts on upcoming video games. Although a lot of people just think of Amazon Prime as something that gets you free 2-day shipping, there’s actually a lot more to it than that, as you can plainly see.

How do you get Amazon Prime for free?

So, you’re entirely familiar now with all of the cool stuff that you can get with Amazon Prime. It’s obvious that being a Prime member is cool, and it’s well worth the money that you put into it. However, it’s understandable if you want to get in on this service for free. Maybe you’re short on money right now, or maybe you’re just interested in trying Prime out before you put down serious money for it. You may not like hearing this, but there aren’t really any ways to cheat the system and get Prime entirely for free. However, Amazon has implemented certain promotions to give people a chance to try Prime out without actually paying anything. There are two different free trials available for Amazon Prime, and I’ll take this time to tell you how you can get these two free trials.

The first free trial is only available to students. I know that’s a small audience, but it’s still worth talking about. Prime Student is a really cool program to come out of Amazon, and if you’re a student, you should seriously look into it. If you’re a student, you can use your credentials to obtain a free six month Prime trial. This trial is unlimited, and it allows you to take advantage of basically every Prime benefit without restriction. Once your trial ends, you pay a drastically reduced yearly rate, too. Although a standard Prime membership costs $99 per year, a Prime Student membership costs $49. That accounts for a lot of savings, and savings are something that students especially can appreciate. 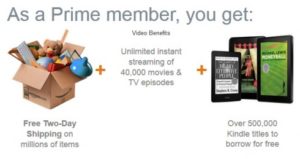 However, most people aren’t eligible for this promotion. If that’s the case, you aren’t entirely out of luck! Amazon also has a promotion for regular folks who want to try out Prime, although it’s not quite as impressive as the trial for Prime Student. It’s possible for new Prime users to obtain a free one month trial of Amazon Prime. If you’re interested in taking advantage of this particular deal, you can click the link right here and check it out. Once your free trial is up, the credit card that you put down will be billed for $99, which will give you Prime for the remainder of the year. However, with both of these trial offers that I’ve mentioned, you’re free to cancel your membership before you’re charged. These offers are truly free — there aren’t really any strings attached.

So, I’ve spoken at a length about Amazon Prime at this point. I think I’ve made it clear that this is a service offered by Amazon that certainly has merit. Even if you only choose to take advantage of the free two-day shipping, you can make your money back really quickly if you’re someone who uses Amazon a lot. Like I mentioned before, standard Amazon shopping usually costs around $5-10 for a single order. It would take a really short amount of time for you to make your money back just with this shipping deal alone. Once you factor in other benefits, like Prime Photos, Twitch Prime, Prime Video, and Amazon Prime Day, I think that Amazon Prime becomes a no-brainer. If you like what you see once you’ve gotten one of these free trials, I really encourage you to continue your Prime membership in the long run.